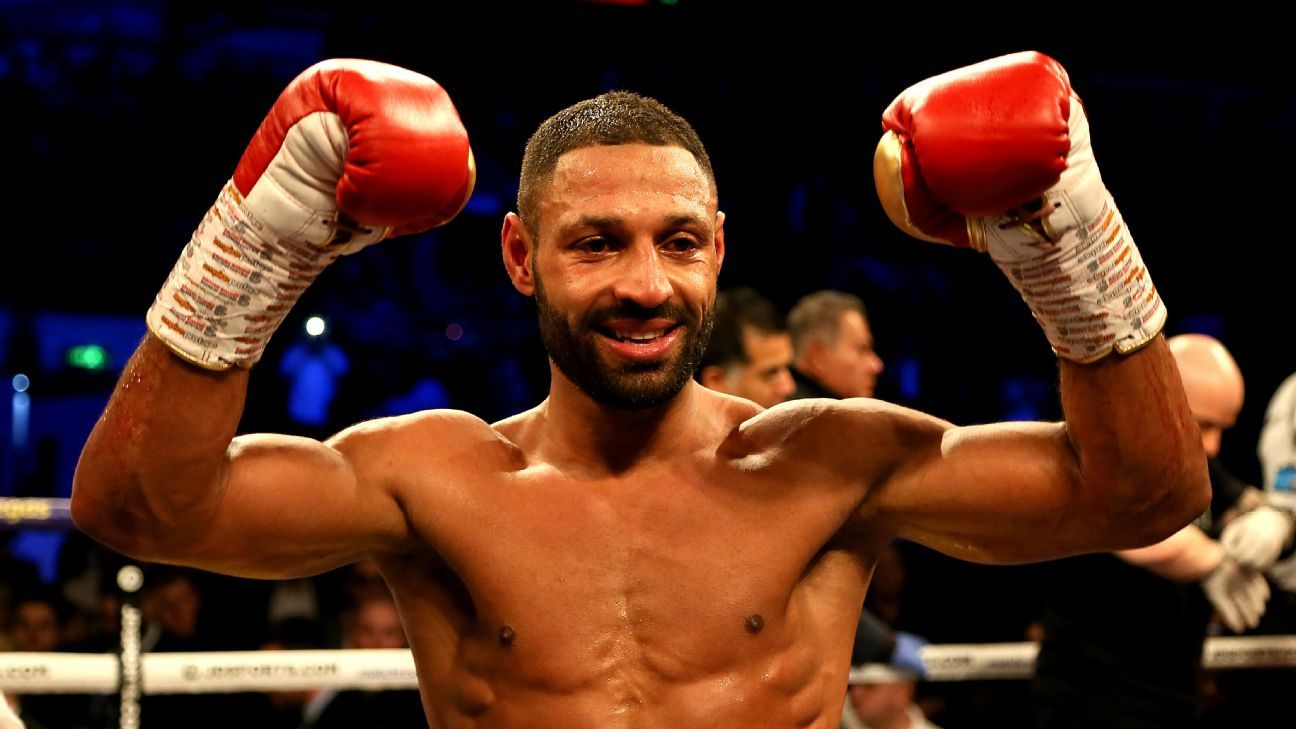 Kell Brook has insisted he has not been distracted or concerned by weight issues ahead of facing Terence Crawford on Saturday.

There were doubts Brook could make the 147 pounds again after boxing at 154 lbs in his last fight, an impressive seventh round knockout win over Mark DeLuca in February.

But Brook (39-2, 27 KOs), 34, from Sheffield, England, has once again been torturing his body to boil down to the welterweight limit after being given the opportunity to upset the odds and become a two-time world champion.

Instead of worrying about the scales, Brook takes on Crawford for the WBO belt believing his size will be an advantage, rather than his downfall at the MGM Grand in Las Vegas.

“As I’ve got older I’ve got more disciplined and wiser about these things and I know how much it hurts to get the last ten pounds off, so I’ve started making weight a lot earlier,” Brook told ESPN three weeks before fight night.

“I started very early and I’ve been looking after my weight. There’s not going to be a problem making 147 lbs and I will be able to exchange shots if need be. People will have their own take on it but I know what I’m doing.”

But it will take an almighty upset for Brook to regain a version of the world welterweight.

Crawford (36-0, 27 KOs), 33, from Omaha, Nebraska, was elevated No. 1 in ESPN’s pound-for-pound list after Teofimo Lopez pulled off a shock points victory over Vasiliy Lomachenko last month.

Brook has said his size and experience will see him cause another a surprise. Brook made three world title defenses from 2014 to 2017, but Gennady Golovkin — up at middleweight — and Errol Spence Jr. stopped him in 2016 and 2017 respectively, and the Briton suffered broken eye sockets in both fights.

“I think Crawford’s definitely up there with Golovkin, some people have him as the No. 1 pound for pound fighter,” Brook added.

“But I believe it will be like Lopez-Lomachenko, I felt the difference between me and Golovkin. I’m a big welterweight and Crawford started at lightweight so I’m naturally the bigger guy. I’ve also got experience on my side, I’ve been in with the likes of Shawn Porter and Errol Spence, and I know what these top guys are going to be like.

“I’m going to use my size and experience to my advantage, and when he wants to work I’m not going to let him.”

Brook admitted his motivation for the sport wavered after losing to American Spence and he then went 14 months without fighting before he beat DeLuca. A money-spinning fight with English rival Amir Khan never materialised and, after three non-title fights, Brook gets what is likely to be his final chance of glory.

“I’ve got the fire in my belly again,” Brook said. “There’s been moments when I thought I didn’t want to be doing this, and you don’t know what good times were. It’s been love and hate depending on how I felt at the moment, but it’s my time now and I’m in love with training.

“I’m still happy and enjoying the training and my body is responding to the training and I’m happy to be in a massive fight in 2020 because a lot of boxers are on the back burner at the moment. There are people out of work and COVID-19 has ruined the community so I’m grateful for this chance.

“The low points have been dealing with the politics of boxing and feeling that love for me was gone, not being the flavour and all of a sudden people are not interested in you when you have always been the special one and got fights.

“It’s a love-hate game this sport. When you are not relevant and you have got nothing to train for and give you that push, with mediocre fights, it doesn’t give you that buzz.

“DeLuca was a big moment for me, it was important to see how I was, to make me relevant again, to see if I still had it. It showed I had and it went down well, no one had stopped DeLuca in that fashion.”

Brook has been fortunate his career has not been slowed by COVID-19 but it has led him to change trainers, switching from Dominic Ingle who has been in his corner for nearly all of his career to Carlos Formento.

Brook came across Formento on Instagram and began working with him as he was based in Spain’s Canary Islands and Brook wanted to spend a month training in Fuerteventura.

“It’s [COVID-19] messed everything up, for everyone, I had to self isolate for two weeks, I’ve had to change trainers from Dom,” Brook said. “When I went out to Fuerteventura, Dom didn’t want to go in case he wasn’t allowed back into the country and because of other fighters.”

COVID-19 has also stopped capacity crowds at sports events around the world and Brook says boxing behind-closed-doors has contributed to some major upsets, such as Lopez beating Lomachenko for all four world lightweight titles and Alexander Povetkin knocking out Dillian Whyte at heavyweight.

“These shocks could be happening because there are no crowds,” Brook added.

“Crowds make you more alert, gives you that fear, makes you raise your game. I knew that Lopez would do the damage and we’ve seen the favourites not winning, so it could be something to do with it.”