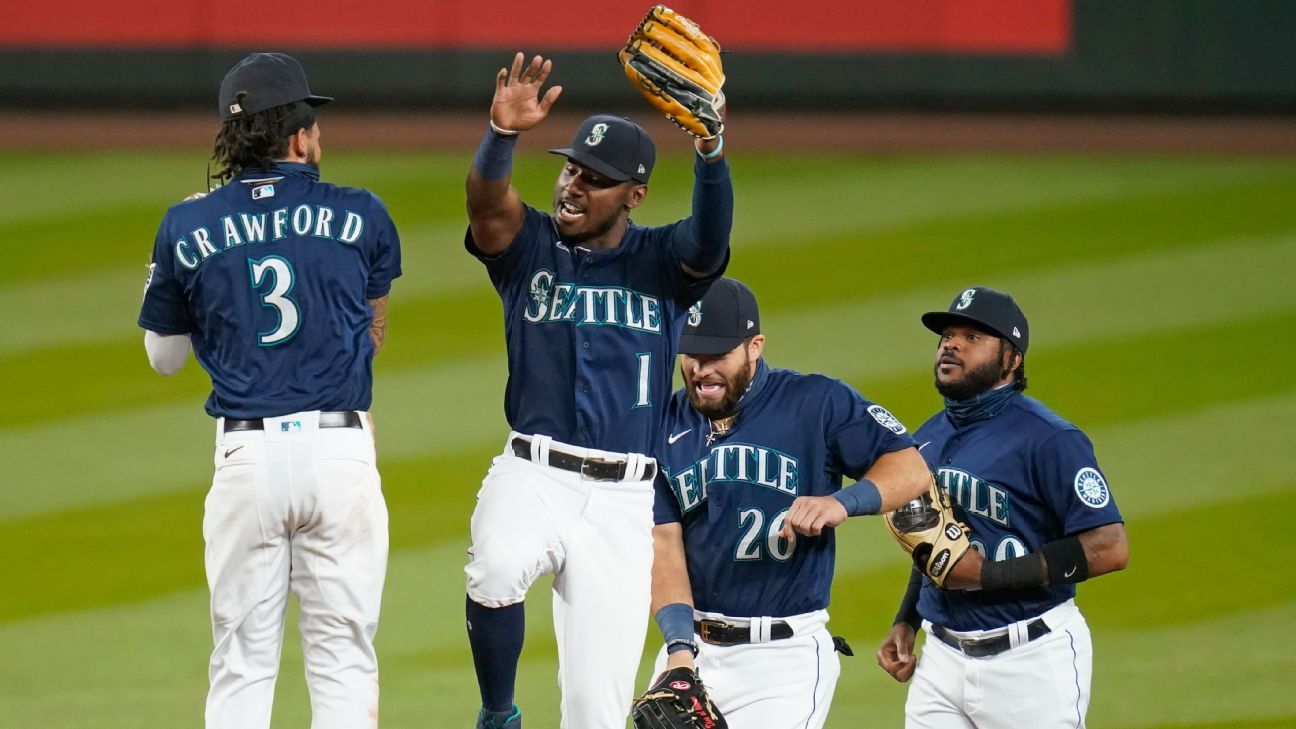 Seattle Mariners center fielder Kyle Lewis is the unanimous winner of the American League Rookie of the Year award.

The 25-year-old Lewis was one of baseball’s breakout stars during the pandemic-shortened season, batting .262 with 11 homers and 28 RBIs in 58 games. He led big league rookies with 37 runs, 90 total bases and a .364 on-base percentage.

Lewis also made a couple of memorable plays in center field, including robbing Oakland‘s Ramon Laureano of a grand slam on Sept. 14. He is the fourth player to win the award for Seattle, joining Alvin Davis in 1984, Kazuhiro Sasaki in 2000 and Ichiro Suzuki in 2001.

Lewis and Robert had similar seasons, with fast starts followed by slow finishes. Lewis batted just .147 in September, and Robert hit .136 with 32 strikeouts in 23 games in the final month.

Lewis was selected by Seattle with the No. 11 overall pick in the 2016 amateur draft out of Mercer University. He broke into the majors last year, appearing in 18 September games with the Mariners.

The Georgia native is the beginning of what could be a formidable young outfield in Seattle. Jarred Kelenic, who was acquired in a trade with the New York Mets, and Julio Rodriguez are ranked among baseball’s top prospects.