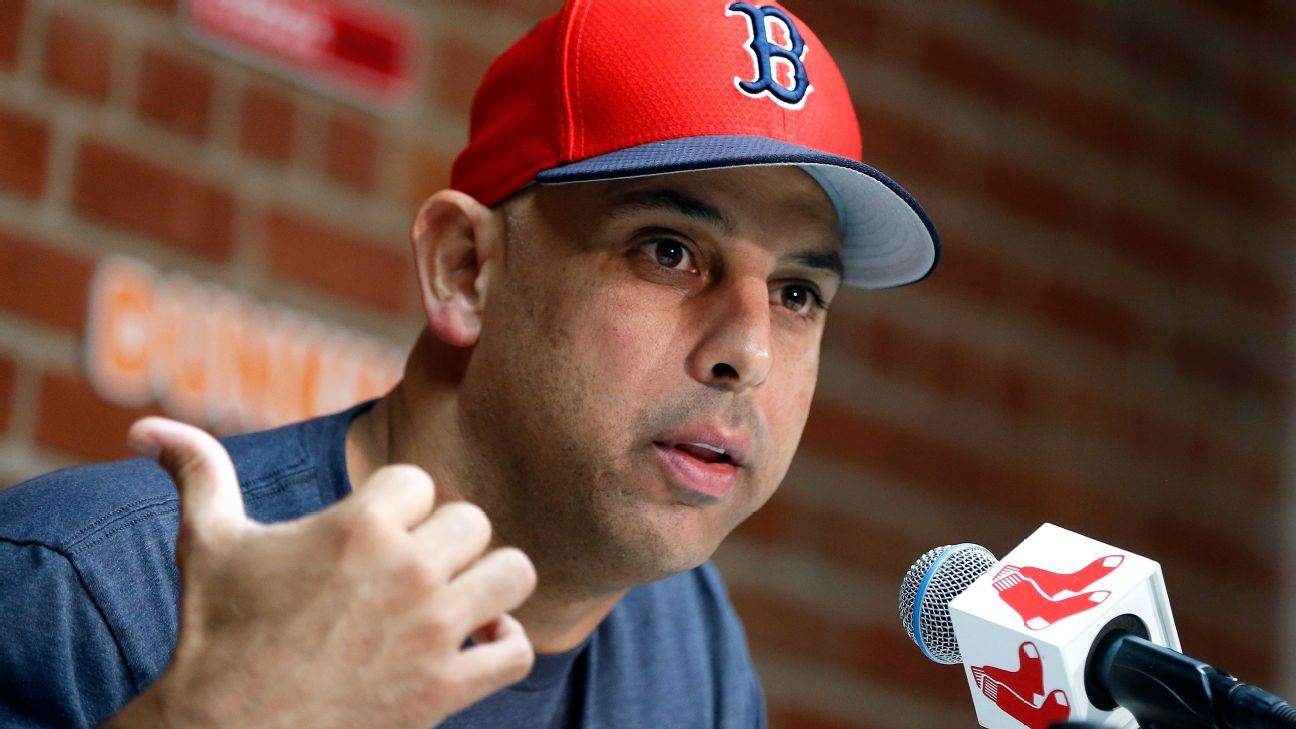 Alex Cora figured he would eventually get back into baseball — maybe in two or three years. But not this quickly and not back as manager of the Boston Red Sox, the team he guided to a World Series title in 2018.

Cora and the Red Sox mutually parted ways in January when Cora was found to have been instrumental in developing ways to use the Astros’ replay room to illegally transmit signs when he was a bench coach for the team in 2017. Commissioner Rob Manfred’s nine-page report mentioned Cora’s name 11 times. In April, MLB officially suspended Cora through the end of the World Series.

“When the suspension happened, this is the last thing I was thinking,” Cora said at Tuesday’s news conference at Fenway Park that re-introduced him as Red Sox manager. “I had to take care of a lot of things at a personal level, take care of my family and baseball was far away from my thoughts.”

Cora apologized for his role in the Astros’ sign-stealing scandal, saying it was a tough year.

“I was spending time in my home for the wrong reasons,” he said. “I deserved what happened this year. I’m not proud of it. … In the end, I got my penalty and served it.”

As soon as the World Series ended, there was wide speculation that the Red Sox would re-hire Cora to replace interim manager Ron Roenicke, but both Cora and Red Sox chief baseball officer Chaim Bloom said it was hardly fait accompli that Cora would get the job. The Boston front office conducted interviews with several candidates, but certainly Cora’s prior success and popularity among the players and fans played a key role in bringing him back.

In Cora’s first year in 2018, the Red Sox won a club record 108 games, defeated two 100-win teams in the Yankees and Astros to get to the World Series, and then beat the Dodgers in five games. In 2019, the Red Sox dropped off to 84-78, but Cora’s 192 wins are still the fourth highest in a manager’s two seasons.

Still, Cora had to answer and explain his role with what happened in 2017. When Bloom met with Cora, he told himself, “You need to make sure you get every question answered that’s on your mind, that you ask everything you need to ask. Not just for determining his fit as a manager, but also because this is a big deal what happened and it was an event that took a toll on all of us.”

Cora described the interview process as intense. “It was genuine. It was tough. There were some tough questions,” he said. Then he had to wait. “Little by little, I started to feel a little anxious because they were going through the process. I didn’t have a job. If this doesn’t happen, we’ll be OK, you spend your time with the family. … But I wasn’t 100% sure it was going to happen.”

Asked about whether he knew at the time that what the Astros did was wrong, Cora said he didn’t want to get into details of 2017, but did say that the “way we did it with the group over there wasn’t the right way.” He said the cheating scandal will be part of who is the rest of his life. “I don’t want people to treat this like it’s a great comeback story,” he said.

Cora said he watched a lot of baseball while on suspension — including a lot of Red Sox games. The team went 24-36 in 2020, the franchise’s worst winning percentage since 1965. The team had traded away Mookie Betts and David Price as a way of creating better financial flexibility for the future while adding some young players, then saw starters Chris Sale and Eduardo Rodriguez miss the entire season.

“As a fan, because that’s what I became during the summer, it was tough to watch. I really care about the organization and it was hard to watch them struggle the way they did,” Cora said.

That rebuilding process will likely continue this offseason. Cora emphasized that the team needs to improve its depth as well as its athleticism to compete with World Series teams like the Dodgers and Rays. J.D. Martinez (.213 average) and Andrew Benintendi (.103), stalwarts on the 2018 World Series champions, also suffered miserable shortened seasons.