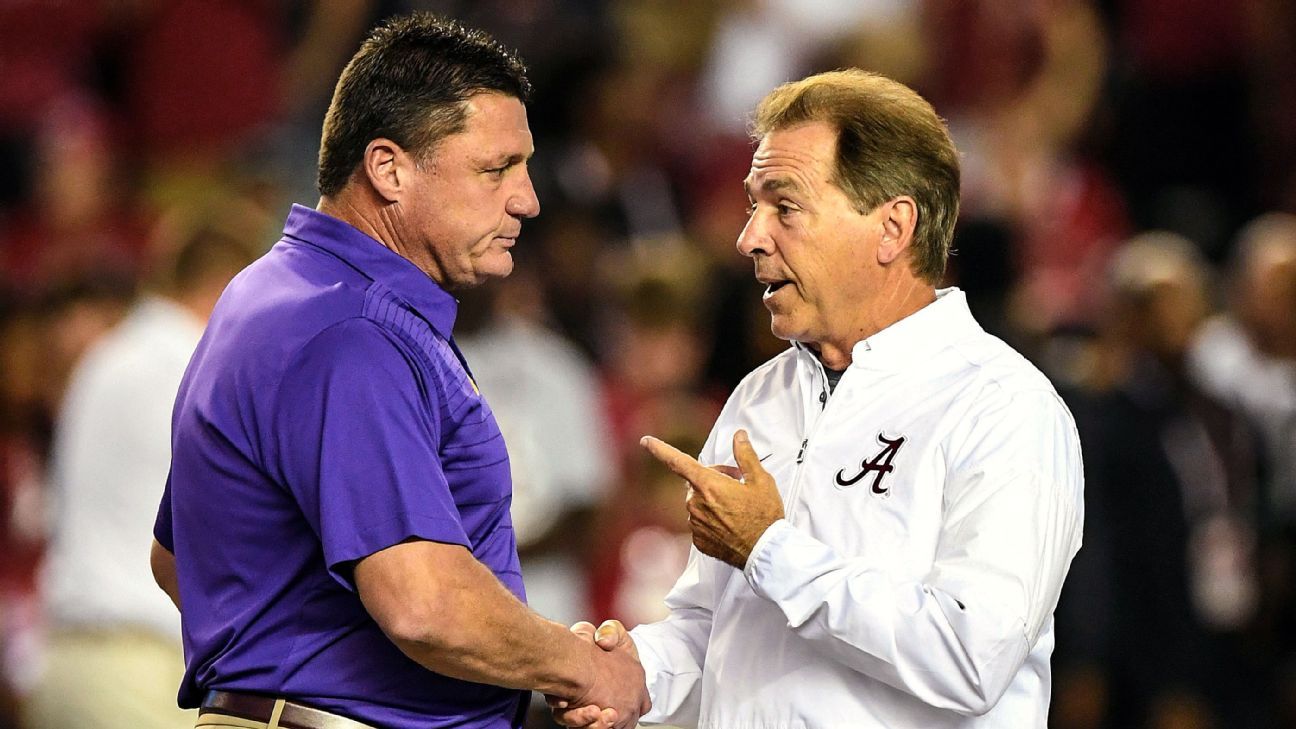 The SEC on Tuesday called off Saturday’s Alabama–LSU and Texas A&M–Tennessee games as a result of COVID-19 testing depleting the Tigers and Aggies available rosters.

This comes on the heels of Monday’s decision to postpone the Auburn–Mississippi State game after the Bulldogs had similar issues with positive test results and subsequent contact tracing.

All three games have been deemed postponements. Texas A&M-Tennessee and Auburn-Mississippi State are tentatively rescheduled for the Dec. 12 open date; LSU already has a game rescheduled for that date against Florida Gators.

The SEC said in a statement that “the opportunity to reschedule the Alabama at LSU game will need to be evaluated” and that the “rescheduling of games on the remaining SEC football schedule may include December 19 as a playing date.”

All 14 SEC athletic directors on Tuesday agreed the conference should use Dec. 19 as a makeup date for any teams that have had games postponed and aren’t playing in the SEC title game that day, Arkansas athletic director Hunter Yurachek told ESPN. The SEC’s presidents and chancellors still have to approve the unanimous recommendation.

LSU had fallen below the 53-scholarship player threshold due to positive COVID-19 tests, contact tracing and non-virus-related injuries, according to a statement from LSU athletic director Scott Woodward.

“We are disappointed there will be no football in Tiger Stadium this weekend,” Woodward said, “but we will always prioritize the health and wellness of our student-athletes. We will continue to follow the league’s protocols in order to safely and responsibly return to play.”

LSU coach Ed Orgeron said Monday multiple players, including starters, would be unavailable. Some have tested positive, while the majority are out as a result of contact tracing.

Testing has left the program thin at quarterback, and the number of quarantined players includes starters on offense, defense and special teams, a source told ESPN. According to SEC protocol, anyone who tests positive for COVID-19 must quarantine for at least 10 days. Anyone deemed to be a high-risk contact must quarantine for 14 days.

On top of COVID-19 concerns, Orgeron said that starting quarterback Myles Brennan won’t be available to play as he continues to deal with a lower-body injury.

LSU, which won the national championship and went undefeated last season, has gotten off to a rocky start this season, losing its most recent game, to Auburn on Oct. 31, to drop to 2-3.