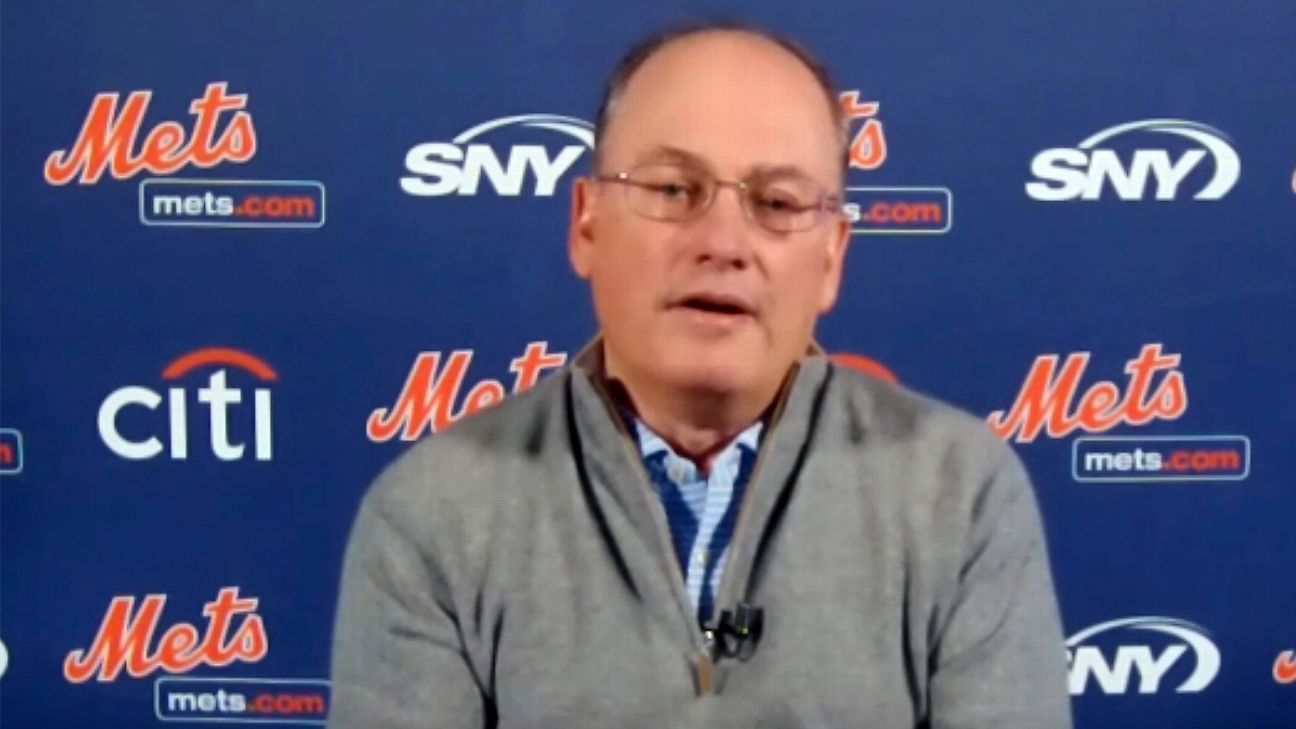 “If I don’t win a World Series in the next three to five years, ” he said Tuesday, “I would consider that slightly disappointing.”

Four days after buying the Mets from the Wilpon and Katz families in a deal that valued the team at a baseball record $2.42 billion, Cohen unveiled his philosophy to turn around the perennial underachiever, promising that the Mets will act “like a major market team.”

“Are we going to act like drunken sailors in the marketplace? No,” he said. “I want to be thoughtful. You can spend a lot of money today and then tie up your team in bad contracts for the next five years.”

Cohen, CEO of Point72 Asset Management in Stamford, Connecticut, bought an 8% limited partnership stake in 2012 for $40 million and increased that last week to 95%, with the Wilpon and Katz families retaining 5%.

His first decision was to bring back Sandy Alderson as team president. Cohen plans to defer to Alderson and his baseball operations staff. Alderson said Luis Rojas probably will return for a second season as manager.

“I played Little League once. That’s about it,” the 64-year-old Cohen said. “So I’m going to let the professionals, Sandy and the people we bring in, let them run baseball.”

Cohen’s personality was as striking as a 100 mph fastball.

“I’m a stickler for detail. I’m a stickler for a strong process. I don’t suffer people who give me responses that are mediocre. I see through that fairly quickly. I’m not a micromanager. I hold my people accountable, but I give them a lot of rope to run,” he said. “I’m not going to sit there and second-guess every decision. It’s not my style.”

Alderson met Cohen last December through Andrew B. Cohen, who is not related to the new Mets owner but manages Cohen Private Ventures on Steven Cohen’s behalf. Alderson fired general manager Brodie Van Wagenen and his top aides Friday to give the new baseball operations staff a clean slate.

Alderson was the Mets general manager from 2010-18. Now 72, he obliquely criticized the way the team had been run. “The Mets are sort of a storied franchise, if you will,” he said. “Some of the stories have been good. Some have been bad. And if we want to be an iconic franchise, which I think we are capable of doing, we have to write more good stories than bad and occasionally we have to write a really epic story.”

Alderson recalled when he first joined the team, he saw an ad campaign in bus shelters “around the sort of ineptitude of the New York Mets.” Alderson wrote a memo to Cohen several months ago laying out a vision and emphasized the need to transform interactions with the industry and the public.

“You don’t change the perception without changing the reality,” Alderson said. “I think Steve is going to go a long way toward changing that narrative.”

The Mets have made the playoffs just twice in the past 14 seasons. They lost the 2015 World Series to Kansas City and dropped the NL wild-card game the next year. Scott Boras, baseball’s top agent, claimed in 2011 the Mets were a team that had shifted from eating steaks to shopping for fruits and nuts, moved on to the freezer section in 2012 and in 2015 were utilizing a microwave rather than fancy cooking.

“We’re going to make sure we got enough meat and potatoes, but we’re going to be shopping in the gourmet section, as well,” Alderson said, adding with a laugh: “I got to find out where it is.” As an example, Alderson said Mets might have claimed reliever Brad Hand and his $10 million option for 2021 off waivers had the sale been approved weeks earlier.

Cohen had tried to buy the Dodgers and then waited until the Mets became available. Cohen cited as top memories Cleon Jones catching the final out of the 1969 World Series, Tom Seaver coming within two outs of a perfect game only for the Cubs’ Jimmy Qualls to break it up, Mookie Wilson’s grounder between Bill Buckner’s legs that won Game 6 of the 1986 World Series.

“I went to my first Mets game with my dad at the old Polo Grounds. Years later, my friends and I used to sit in the upper deck at Shea Stadium,” Cohen said.

The Mets have been outspent by the crosstown rival Yankees most years. Cohen wouldn’t assess how the Wilpons ran the team. “I’m not competing against the Yankees,” he said. “We’re going to create our own excitement.”

He intends to boost spending on analytics. “I can make millions of people happy and what an incredible opportunity that is,” he said. “I’m not trying to make money here. I have my business at Point72 and I make money over there. So here it’s really about building something great, building something for the fans, winning.” Cohen already has engaged fans on Twitter. He hopes to reinstate Old Timers’ Day, dropped after 1994.

“I’m a low-key guy and I relate to them. I know how I feel,” he said. “I rather have emotional fans that are passionate than fans that don’t care.”