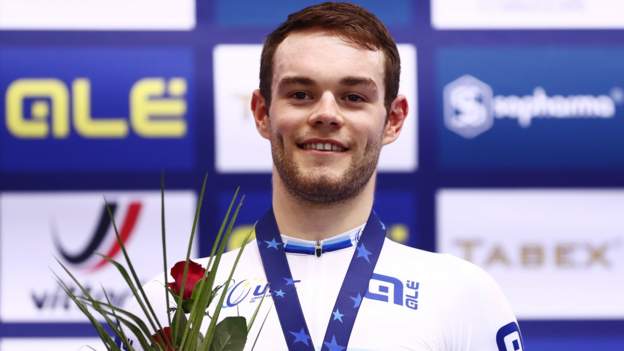 Great Britain won two medals, including elimination race gold from Matt Walls, on the first day of the European Track Championships in Bulgaria.

The 22-year-old secured Britain’s first medal of the event, with Portugal’s Iuri Leitao the runner-up and Russia’s Sergey Rostovtsev third.

The British trio crossed the line in 48.531 seconds to finish behind Russia.

“It was a bit of an unknown coming here as I hadn’t done a race in a long time,” said Walls.

“I was just seeing if my tactics and race speed were there, so I’m glad to come away with a win.”