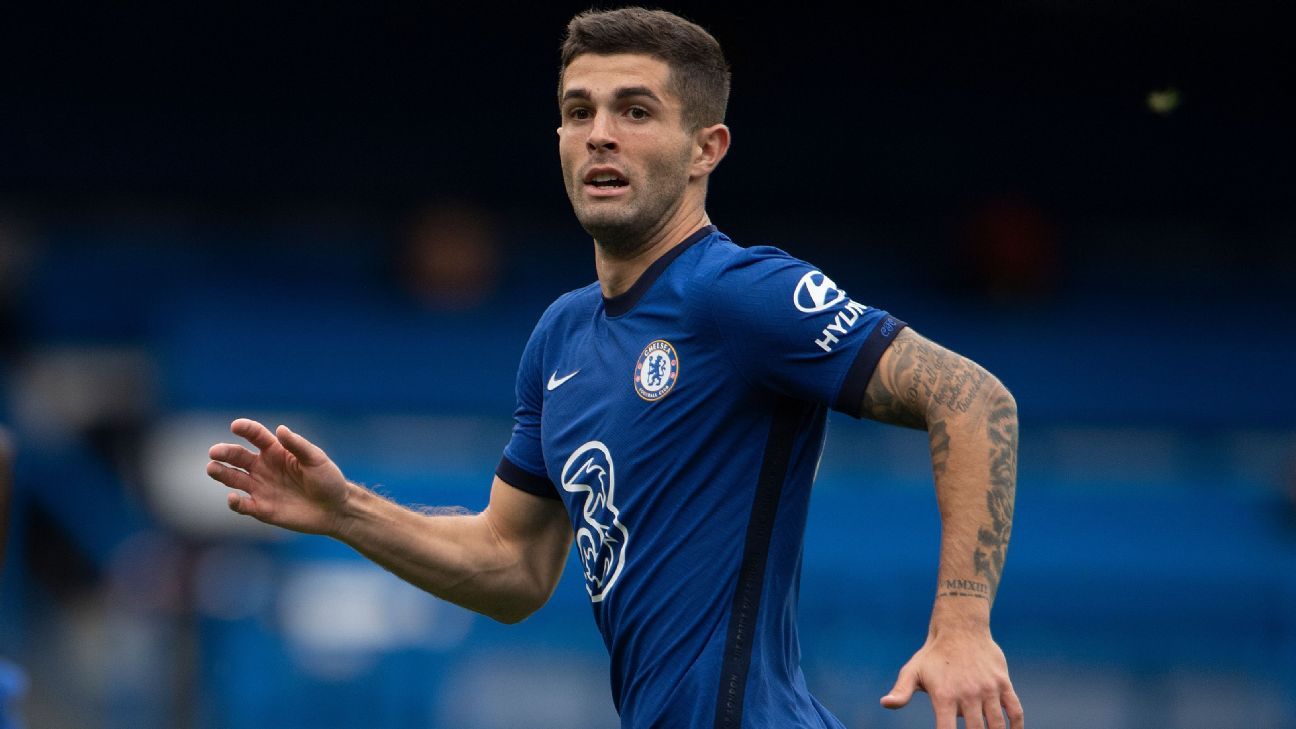 United States midfielder Christian Pulisic will not play in Thursday’s friendly against Wales, and will leave camp on Wednesday night as he recuperates from a hamstring injury, the U.S. Soccer Federation announced.

The Chelsea midfielder had always been unlikely to play in the match after sustaining the injury while warming up prior to his club’s match against Burnley on Oct. 31, and later suffered a setback in training.

But U.S. manager Gregg Berhalter was eager to see Pulisic in person, having not had his first choice group together in over a year. Pulisic arrived in camp, which is being held in Cardiff, Wales, last weekend.

“[Pulisic] had a great three or four days with the team,” Berhalter said on a Zoom call with reporters. “He was able to get treated, and able to be with the guys, connect with the staff again. It was great to see him. Unfortunately, he won’t be taking part in the match.”

Messi or Maradona? Is Pele Brazil’s undisputed best? Dempsey or Donovan from the U.S.? Our writers nominated candidates and we want readers to decide! Read

Pulisic’s departure means he will miss out on the likely debut of Borussia Dortmund midfielder Gio Reyna — son of former U.S. captain Claudio — as well as the returns of Juventus midfielder Weston McKennie and RB Leipzig midfielder Tyler Adams. This quartet of players is expected to form the core of the side for years to come.

“[Pulisic] is a player that we’re certainly going to miss, and with his quality we wish we could have him on the field, but that’s not going to happen,” said Berhalter.

For his part, the 17-year-old Reyna said he doesn’t plan to alter his game in Pulisic’s absence.

“I think I just have to play my game like always try to do, like I’ve done with Dortmund so far,” Reyna said, “I think if I can emulate what I did at Dortmund so far this season here, I think I can be successful here too.

“Of course. I’m, we’re gonna miss Christian, obviously. He’s such a good player and he always offers so much for us. It’s unfortunate that he can’t play, but I think for me, it was always just trying to help the team get involved and obviously try to score goals in the system.”

He has no goals in three Premier League games this season after tallying nine goals and four assists in 25 matches in his debut campaign with Chelsea in 2019-20.