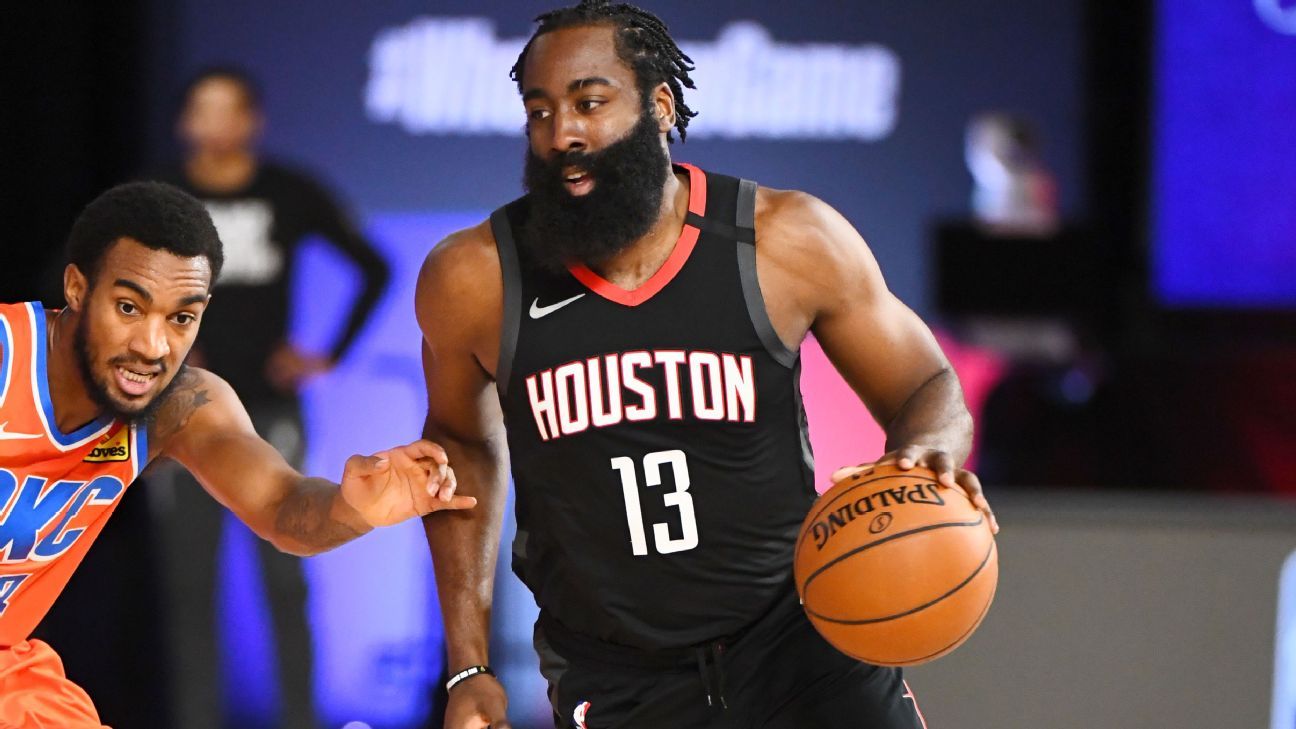 As the Houston Rockets navigate an offseason of major change, a new challenge is emerging for the franchise — the uncertainty of former MVP guards James Harden and Russell Westbrook on their futures with the team, sources tell ESPN.

In the wake of the departures of head coach Mike D’Antoni and general manager Daryl Morey, Harden and Westbrook have expressed concern about the direction of the franchise through direct conversations or discussions with their representatives and the Rockets’ front office, sources said.

Rockets owner Tilman Fertitta, recently promoted general manager Rafael Stone and recently hired head coach Stephen Silas have emphasized that the franchise remains committed to fielding a contender while featuring the two perennial All-Stars in their primes. However, the concerns expressed by Harden and Westbrook that Houston’s window as a contender could be closing has left the organization fearful that the superstars’ commitment to remaining with the Rockets could be wavering.

Although neither has requested a trade at this point, that scenario has become a plausible eventual possibility.

Harden, 31, has been an All-Star in all eight seasons since arriving in Houston, winning MVP in 2017-18 and finishing among the top three in voting four other times in the last six years and claiming the NBA’s last three scoring titles. He is owed $131.5 million over the three seasons remaining on his maximum contract, including a $46.9 million player option in 2022-23.

Westbrook, who turns 32 on Thursday, is also owed $131.5 million over the next three seasons and has a $46.7 million player option in 2022-23. He won the 2016-17 MVP and made his ninth All-Star appearance last season, which ended with Westbrook playing through rust and injury after rushing back from a strained right quadriceps during the first round of the playoffs.

Both stars were consulted during the Rockets’ coaching search and were on board with hiring Silas, sources said.

Harden, who has stated publicly several times that he hopes to play the remainder of his career in Houston, has expressed similar urgency about improving the Rockets’ chances to win a championship in the last several offseasons. He remains engaged in discussions with the Houston front office about potential personnel moves this offseason, sources said.

The Rockets have aggressively chased titles during Harden’s tenure by three times pairing him with another perennial All-Star – first signing center Dwight Howard as a free agent in 2013, then trading for Chris Paul in the 2017 offseason and finally swapping Paul and a package of first-round picks for Westbrook last summer.

The Rockets advanced to the Western Conference finals in 2015 with Howard and 2018 with Paul, but those partnerships with Harden ended soon thereafter partly due to tension involving personalities and basketball philosophy, specifically regarding Harden’s preference to rely on isolations offensively.

Harden pushed to make the trade for Westbrook, his childhood friend in Los Angeles and former Oklahoma City Thunder teammate, a deal that depleted Houston’s draft assets. The Rockets owe the Thunder their 2024 and 2026 first-round picks (top-4 protected), and Oklahoma City has top-10-protected swap rights with Houston in 2021 and 2025.

The Rockets also do not have a first-round pick in this year’s draft, having given it up along with center Clint Capela in the four-team deal that brought forward Robert Covington to Houston last season. Houston has limited flexibility to improve its roster, as the Rockets are pushing up against the luxury tax, which Fertitta has repeatedly stated he is willing to pay, although the franchise has avoided it in the three seasons since Fertitta purchased the team.

D’Antoni, who had a franchise-record .682 winning percentage in four seasons with the Rockets, opted not to attempt to return to Houston when his contract expired following the team’s second-round playoff exit. Houston hired Silas, a first-time head coach with two decades of experience as an NBA assistant, after interviewing a wide range of candidates during the search process.

Morey, whose October 2012 trade for Harden opened a window for the Rockets to be contenders, resigned as Houston’s general manager in October, citing the desire to spend more time with his family as the reason for ending his 13-year tenure as the Rockets’ general manager. Less than two weeks later, Morey agreed to become the Philadelphia 76ers’ president of basketball operations.

Stone, a longtime Rockets front-office employee, was promoted to general manager to replace Morey. In his first public comments since his promotion, Stone adamantly stated that the Rockets planned to continuing pursuing championships with Harden as the franchise centerpiece.