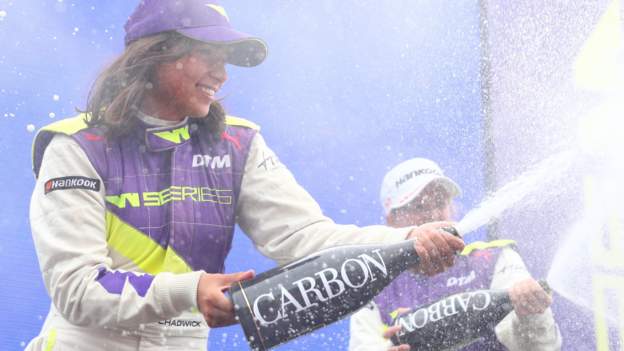 The W Series will link up with Formula 1 next season and beyond with eight support races at grand prix weekends.

The female-only series started in 2019 but the 2020 season was cancelled due to the Covid-19 pandemic.

The last two races of the season had been scheduled to feature on the F1 support-race bill at the United States and Mexican grands prix.

F1 this week published a 2021 calendar with a record 23 races, with those to feature the W Series to be confirmed.

“When we promised W Series would be bigger and better in the future, partnering with Formula 1 was always our ultimate objective,” said founder and chief executive Catherine Bond Muir.

“There is no doubt that, now W Series will be run alongside and in collaboration with Formula 1, our global reach, impact and influence will be increased significantly.”

The series was set up with the intention of raising the profile of motorsport among women with the ultimate ambition of helping a female driver into F1.

The last woman to race in F1 was Italian Lella Lombardi, who scored half a point with a sixth-place finish in the 1975 Spanish Grand Prix.

Britain’s Jamie Chadwick earned a place on the Williams F1 team as a development driver with impressive performances in the first two W Series races before winning the inaugural title.

The 22-year-old retained the Williams position for 2020 and has been competing in regional Formula 3 since August, having secured substantial backing to reach F1 in June.

“It is a really important moment for us to welcome W Series as partners for eight races this season,” said F1’s managing director for motorsport Ross Brawn. “They have been a beacon to many since they began racing in 2019.

“We believe it is incredibly important to give everyone the chance to reach the highest levels of our sport and the partnership with Formula 1 next season shows our determination and commitment to showcase their exciting series and the importance of building greater diversity.”