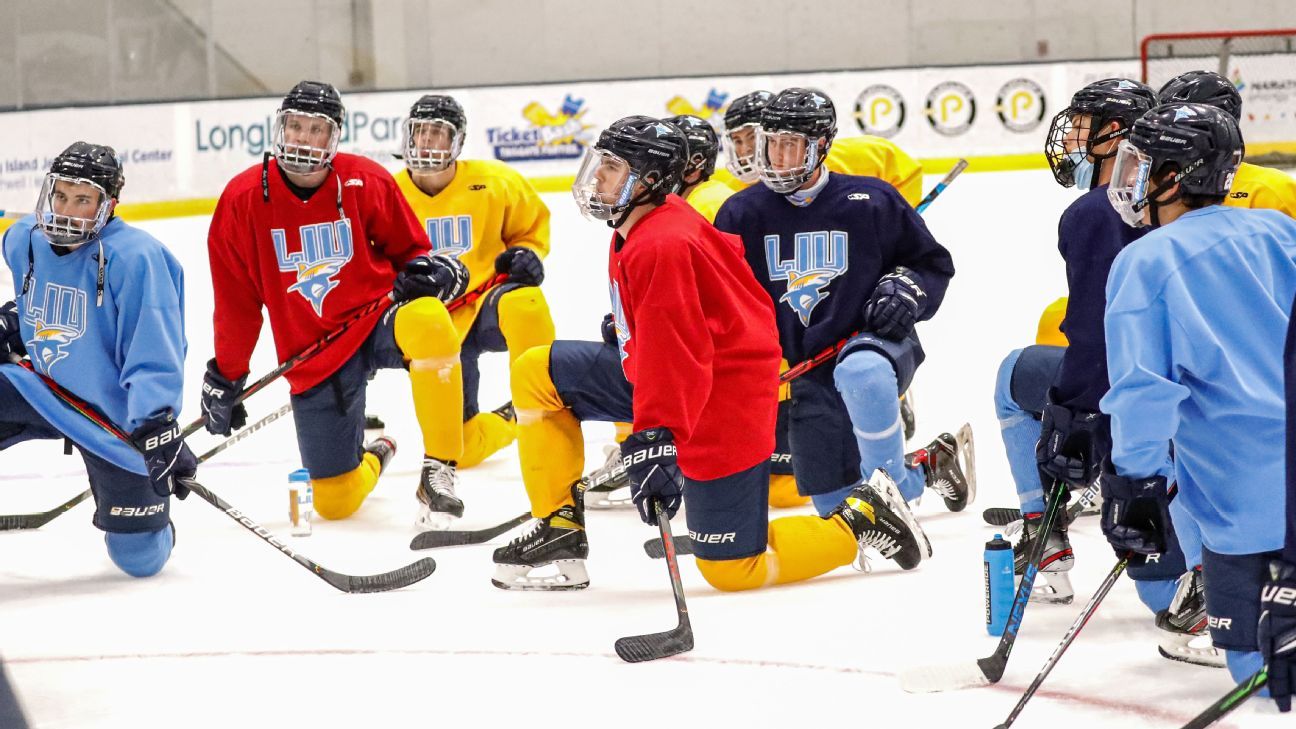 As Brett Riley paced the streets of his girlfriend’s Vermont neighborhood in early June, cell phone to ear, stretching the definition of what an unlimited minutes plan is supposed to look like, he was selling a dream. It was a dream of which he had no inkling just months prior, and one that only actually existed at the time in the abstract.

Riley was trying to convince junior players from around the world that their Division I college hockey aspirations were draped in the unique blue-and-gold color scheme of the Long Island University Sharks. The LIU athletic department had announced in late April that men’s hockey would be added to its roster of sport offerings. And the bold plan was to begin play the following season, in 2020-21.

With no coach, no players and no schedule, the college hockey world snickered at the thought of building a program on that timeline even in the best of circumstances. But during a pandemic? Forget about it. When the program was announced, the state of New York was still in the throes of a seemingly dire battle with the rapidly spreading coronavirus. And just a month earlier, the college hockey season had shut down before completion.

But sure enough, the Sharks are set to debut this Saturday on the road against Army (4 p.m. ET).

With uncertainty about whether there would even be a 2020-21 season, how could a school think it had the wherewithal to build a program to compete in that time frame? And how did it ultimately pull it off?