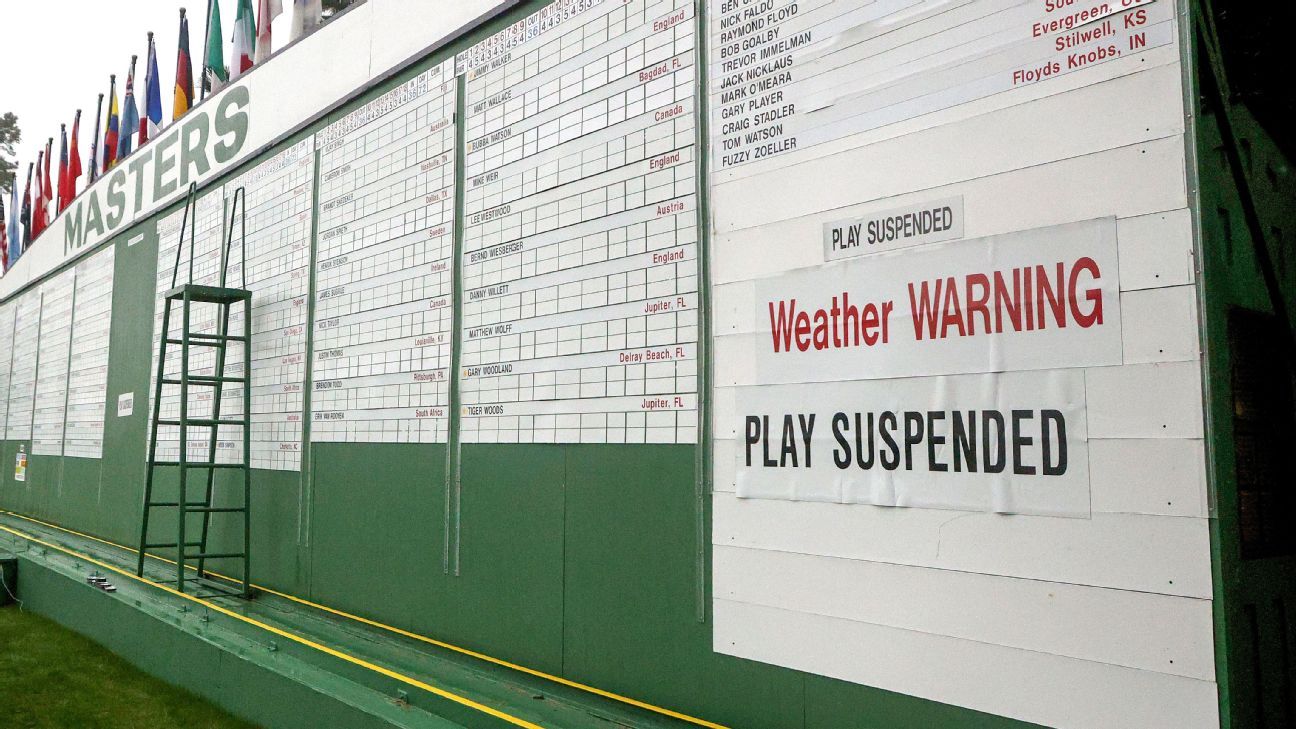 Turns out there is some normalcy to this Masters: rain.

About a half-hour after Jack Nicklaus and Gary Player hit honorary tee shots before the smallest crowd ever, a rumble could be heard from Amen Corner. It wasn’t a roar, but an approaching storm. The course was evacuated because of lightning in the area at about 7:35 a.m.

Because of moving the tournament to November and the tight window of daylight hours, play began off both sets of tees.

And with no spectators, only about 500 people — Augusta National members and family, a few players’ wives, media and tournament officials — gathered around the first tee to watch Nicklaus and Player hit their drives. Nicklaus’ wife, Barbara, was dressed in the white coveralls for caddies.

Most jarring was the sound of a drone — a first for the Masters. Club chairman Fred Ridley said two drones would be used for the week.

Also peculiar was 1988 champion Sandy Lyle wearing suspenders. When he hit his tee shot off the 10th for the earliest start and with fog clinging to the fairways, Lyle turned and said, “Where did it go?”

Nine players have completed one hole. No one made a birdie. Amateur Yuxin Lin of China made double bogey on No. 10.