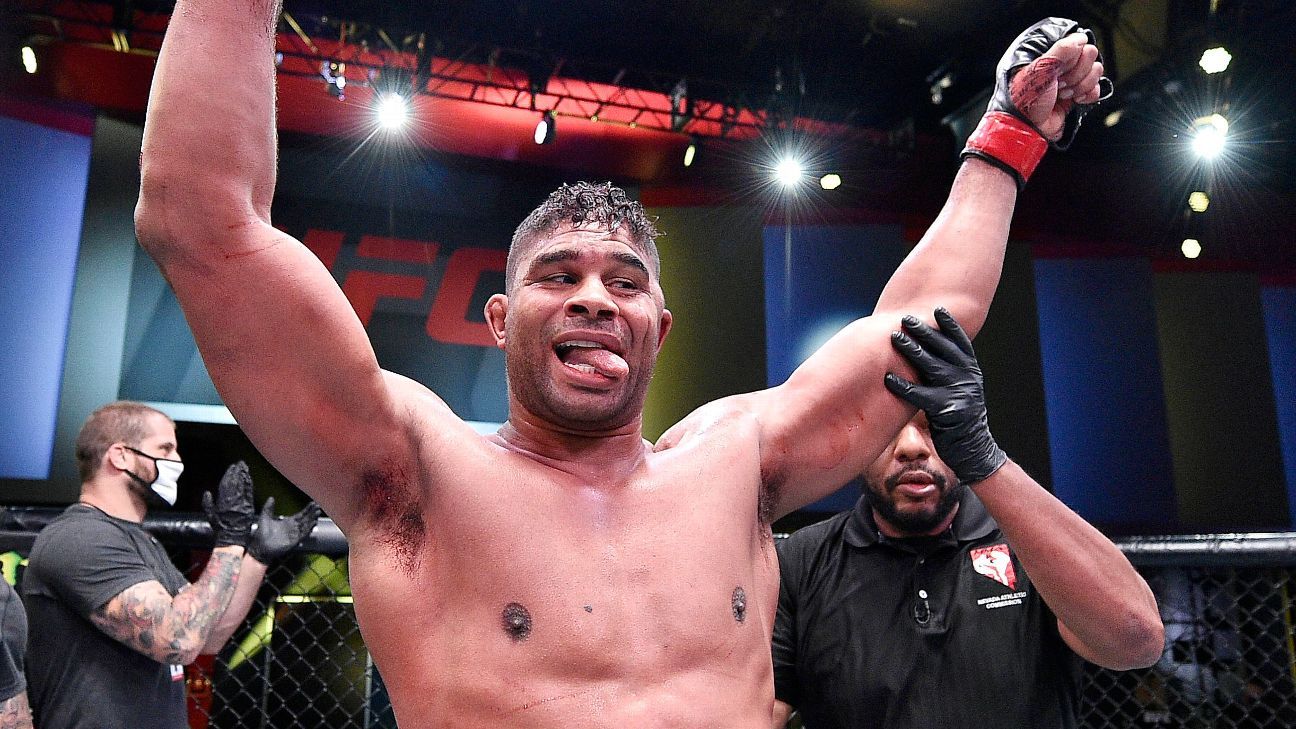 Overeem and Volkov are the Nos. 5 and 6-ranked heavyweights, respectively, according to the UFC’s official rankings. The UFC has not yet announced a location for the event.

Overeem (47-18) has acknowledged he is in the final run of his storied MMA career, but wishes to accomplish the one thing that’s eluded him: winning a UFC championship. A professional MMA fighter since 1999, Overeem has held titles in Strikeforce, Dream and K-1, but never the UFC.

The 40-year-old legend came close in 2016, when he challenged Stipe Miocic for UFC gold in the champion’s backyard of Cleveland. Overeem hurt Miocic early in the fight, but ultimately suffered a knockout loss in the final seconds of the opening round. He is 4-1 in his last five contests. His only loss came in the closing seconds of a five-round fight against Jairzinho Rozenstruik.

Volkov (32-8) is seeking his first UFC title shot. He came close to securing one in 2018, but suffered an ill-timed loss to Derrick Lewis at UFC 229. Lewis went on to fight for the belt later that year.

Fighting out of Russia, Volkov is coming off a second-round finish of Walt Harris on Oct. 24 in Yas Island, Abu Dhabi.