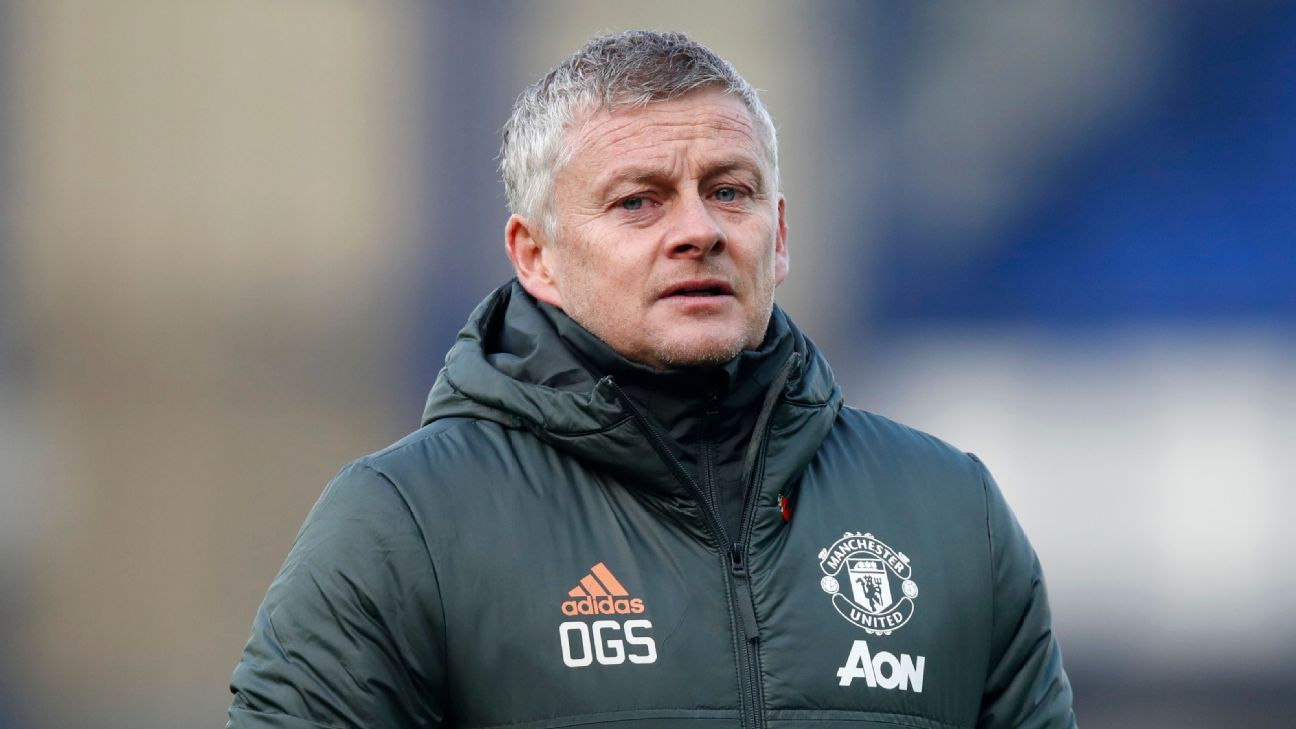 Louis van Gaal still says he should have seen his dismissal coming at Manchester United six months before it happened, and while Ole Gunnar Solskjaer is not there yet, the similarities are striking. Two managers wrestling with the suspicion they were not backed by the club when it mattered, an inconsistent team struggling to quieten the critics and another coach sitting in the shadows.

For Van Gaal, it was Jose Mourinho. For Solskjaer, it is Mauricio Pochettino. Van Gaal’s time ended with Mourinho famously taking over; Solskjaer is still battling away to make sure he doesn’t suffer the same fate.

Victory at Everton on Saturday was the latest example of the Norwegian manager conjuring up a result when he needed one most, but there’s no escaping the fact that after seven games, United are 14th in the table. Already this season, they have lost to Crystal Palace and beaten Paris Saint-Germain. They have suffered dire home defeats to Tottenham and Arsenal, but they also dismantled Newcastle and RB Leipzig.

Inconsistency has dogged Solskjaer’s spell at Old Trafford and, as he approaches his two-year anniversary, United remain a team that’s difficult to work out. Privately, United have been at pains to stress that Solskjaer retains the faith of vice-chairman Ed Woodward and the board, but it is ultimately up to Woodward and the owners, the Glazers, to decipher whether the good outweighs the bad.

Van Gaal remains convinced that by January 2016, Woodward had already decided to replace him with Mourinho. Enquiries were made via intermediaries to ensure that neither Woodward nor Mourinho got their hands dirty while another manager remained in the post. It also gave United plausible deniability even when Mourinho’s agent, Jorge Mendes, was strategically leaking information in the background to ramp up the pressure.

Pochettino and his allies are different, already shying away from opportunities to rock the boat. His Nov. 2 appearance on Sky’s Monday Night Football was well timed — it had been in the pipeline for nearly a year and came 24 hours after Man United lost 1-0 at home to Arsenal — but he made it clear he would not comment directly on United or Solskjaer.

Asked an open-ended question about whether he would like to return to the Premier League, Pochettino gave an open-ended answer: “I’m not going to close any door. I am waiting to feel what is the right project for us, which is the right way to take.”

Sources have told ESPN that third-party agents sought to find out more about Pochettino’s plans for the future in late September ahead of a tough run of fixtures for United that included games against Tottenham, PSG, Chelsea, RB Leipzig, Arsenal and Everton. Now through that spell, their run of games after the international break appears to offer Solskjaer more of a chance to stabilise the campaign.

Pochettino, meanwhile, has made it known to the right people that he would jump at the chance to manage United, but also that they’re not his only option. He has also distanced himself from comments that, as a former Espanyol player, he could never manage Barcelona, where new boss Ronald Koeman is already under pressure. There have been questions, too, about Zinedine Zidane at Real Madrid and Thomas Tuchel at PSG.

Pochettino also remains the most likely candidate for Manchester City, who are keen admirers of the 48-year-old if Pep Guardiola does not sign an extension to the contract that is due to expire in June. All of which raises the possibility United could miss out on Pochettino for a second time.

Pochettino is not Woodward’s only candidate to be United’s next manager should they need one. The United executive has told close associates that he’s a fan of Tuchel and RB Leipzig’s Julian Nagelsmann, who is also on City’s radar. Massimiliano Allegri, who left Juventus in 2019, has made it known he would be interested should the opportunity arise, although he is lower down the list.

There is an acceptance that United’s performances against Arsenal and Istanbul Basaksehir, in particular, were not good enough, but senior figures have pointed to results against PSG and Leipzig, as well as the 14-game unbeaten run to end last season’s Premier League campaign, as evidence that Solskjaer is the right man.

Woodward and Solskjaer are still in regular contact and have maintained a good working relationship despite a tense summer. Crucially, Solskjaer has also retained the backing from the senior players; sources have told ESPN that the reaction to the win at Goodison Park on Saturday was more defiant than celebratory after a week of intense criticism. Some strong supporters of Solskjaer within the squad feared another demoralising defeat would have forced Woodward into a decision.

There is a sense on Solskjaer’s part that he would not be vulnerable at all had the summer transfer window been more productive. The signature signing — Ajax’s £40 million midfielder Donny van de Beek — strengthened a position he did not believe was a priority. The right winger and central defender he wanted did not arrive; instead, United brought in a 33-year-old striker in Edinson Cavani on a free transfer and two teenage wingers, Penarol’s Facundo Pellistri and Atalanta’s Amad Diallo Traore — Pellistri yet to play and Diallo not arriving until January, despite costing €21m plus €20m in add-ons.

Solskjaer and his coaching staff share the feeling that while United’s senior squad has been strengthened, the overall quality of the first team has stayed the same, making it difficult to bridge the gap to Liverpool and Manchester City. Solskjaer has vented his frustration to Woodward, but his mood around Carrington has remained positive and staff are not walking the corridors with fear as they were during the final throes of the Mourinho era.

When it came time for United to dismiss Mourinho and Van Gaal, the writing was on the wall long before the news was delivered. Solskjaer is beginning to feel some of the same pressures, but Woodward is not taking aim yet.