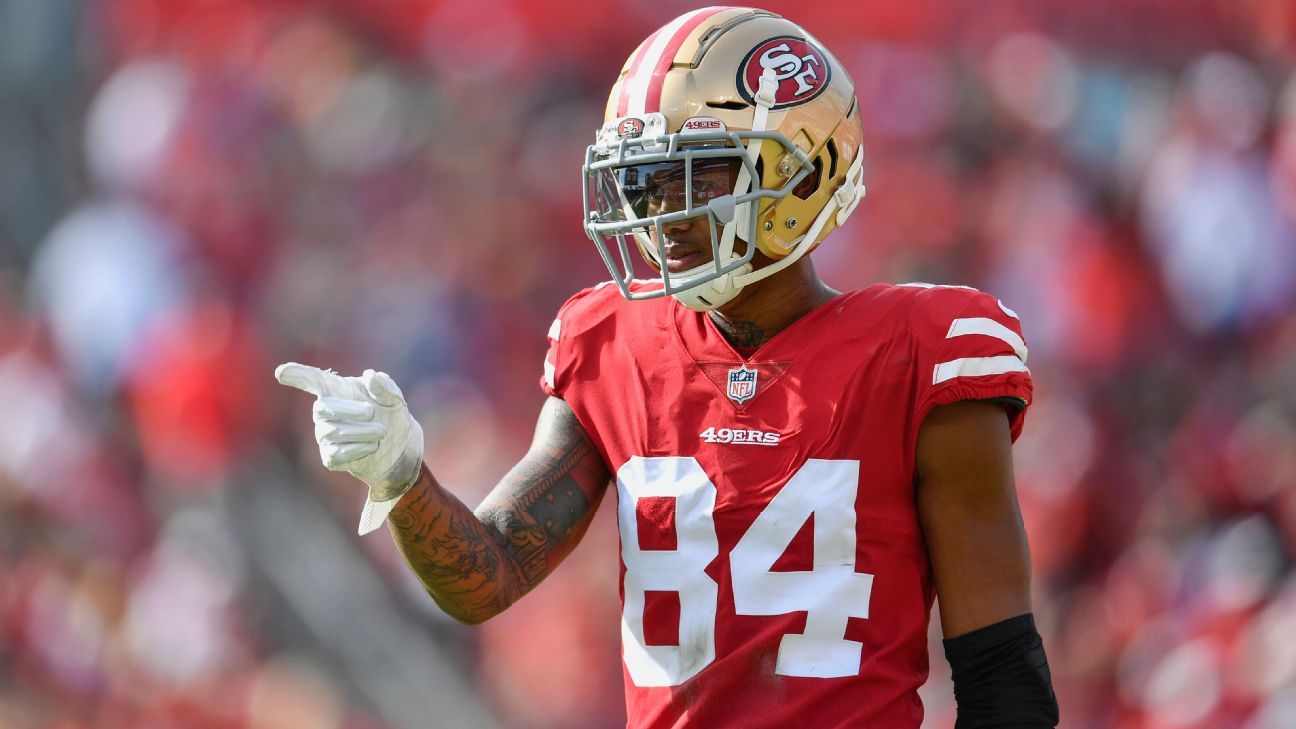 SANTA CLARA, Calif. — A week after the NFL and players’ union opened an investigation into the San Francisco 49ers‘ compliance with the league’s COVID-19 protocols, the team has been cleared of any potential violations.

A league source confirmed to ESPN on Wednesday that after a review of the team’s adherence to the NFL guidelines, the Niners were found to have met the necessary requirements and that no further action would be taken against them.

The Associated Press first reported the news about the 49ers being cleared of any potential violations.

The investigation into the Niners began last week after receiver Kendrick Bourne tested positive and the team had to shut down its facilities before Thursday night’s game against the Green Bay Packers. The league examined whether Bourne had been wearing his protective face covering properly and frequently enough.

Bourne, fellow receivers Deebo Samuel and Brandon Aiyuk, and left tackle Trent Williams, landed on the reserve/COVID-19 list as the latter three were deemed high-risk close contacts of Bourne. All four players did not play against the Packers.

On Friday, the Niners activated that quartet after Bourne returned consecutive negative results on his COVID-19 tests. But Bourne went back on the list Monday after another positive test, culminating a series of confusing events that coach Kyle Shanahan attempted to explain Wednesday.

“I mean, positive, negative, negative, positive, negative,” Shanahan said. “Those things happen, I guess, and we’re all just dealing with it. I know it’s a weird situation with him. It kind of is weird though, with everybody in the world, not just our football players. So, we’re just trying to do the best with the protocols and hope that he gets cleared up to where it’s always negative and hopefully we can get him out of here later in the week.”

Had Bourne been found to have violated the protocols, the Niners would have been subject to league discipline, including a possible fine. Earlier this season, the league fined Shanahan $100,000 and the Niners $250,000 after Shanahan didn’t wear his face covering properly during a Sept. 20 win against the New York Jets.