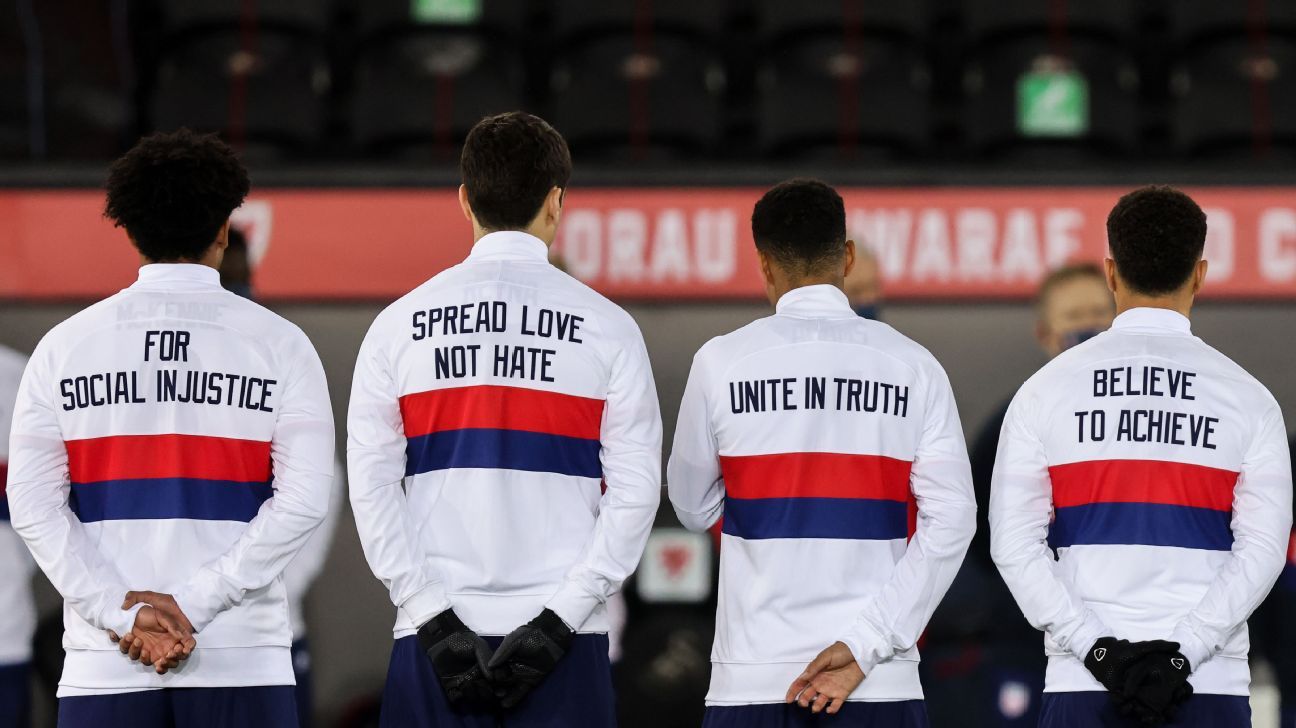 The United States men’s national team wore messages calling for social justice on their tracksuits prior to their international friendly with Wales on Thursday in Cardiff.

The players and coaches marched out for the pregame anthems wearing jackets emblazoned with the words “Be the Change” on the front, with each displaying different personalized message, including “Unity”, “Black Lives Matter”, “Be Anti-Racist” and “World Peace” on the back.

Once the anthems concluded, both teams took a knee for a few brief moments prior to the opening whistle.

“During the walkout and anthem in advance of the match against Wales today, the U.S. men’s national team players took advantage of the moment to send and spread a meaningful message,” the U.S. Soccer Federation’s website said of the display.

“With the goal of inspiring action on social justice issues, all of the players had ‘Be the Change’ adorned on the front of their anthem jackets. The spirit of their message is that each and every person has the ability, opportunity and responsibility to make a difference in our own way.”

U.S. midfielder Tyler Adams told reporters on Monday that the team had some sort of display planned for the match but did not give specifics.

Many American athletes and leagues engaged in actions to show solidarity for the call for racial justice in the country following the death of George Floyd, a Black man who was killed while in police custody in Minneapolis on May 25 after a white officer kneeled on his neck for more than seven minutes.

The match against Wales is the first for the USMNT since Floyd’s death. However, individual members of the team had previously shown their support for the widespread calls for racial justice and equality in past months.

“We just want to continue to educate the people about what’s going on and continuing to happen,” Adams said of the planned action on Monday. “The most important part is to progress and move forward, so I think there’ll be something on game day that we do.

“But the internal discussions have been great within the team of supporting one another, sharing each other’s beliefs.”