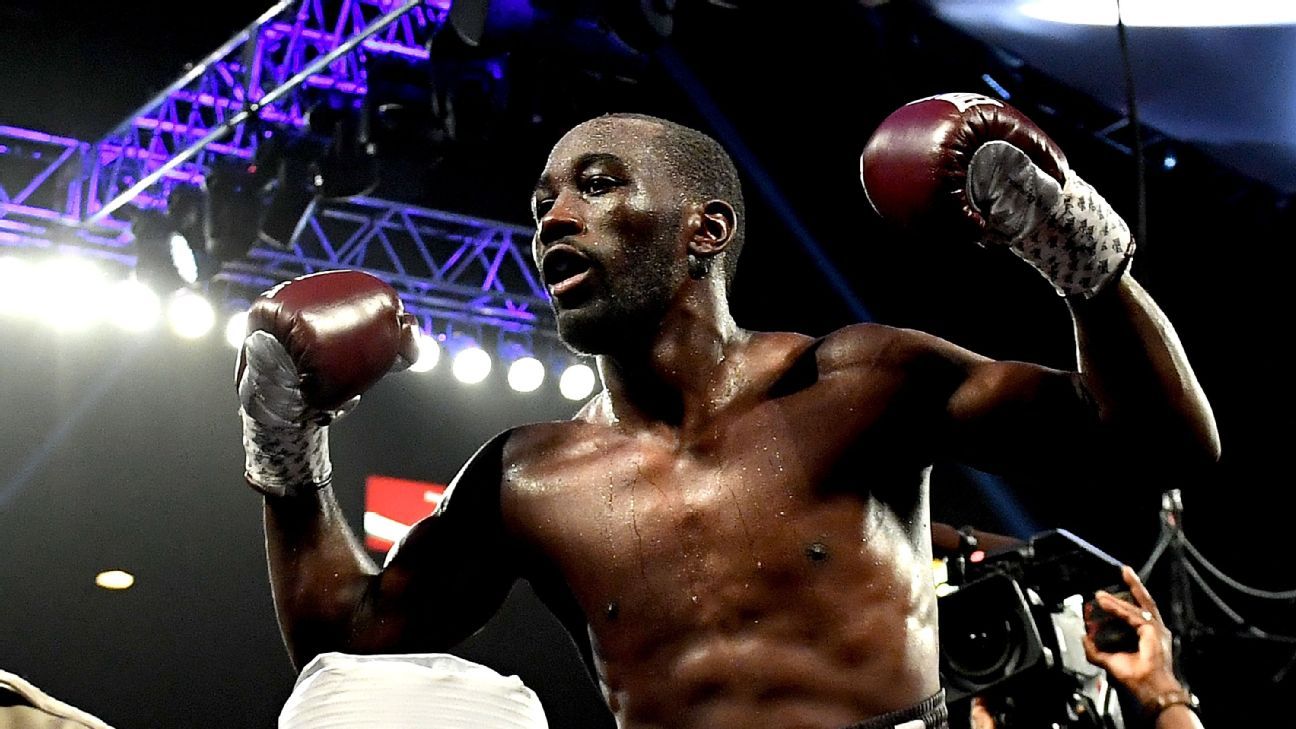 Saturday’s WBO welterweight championship between Terence Crawford and Kell Brook was made official on Friday, as both fighters successfully made weight at the MGM Grand in Las Vegas.

Crawford (36-0, 27 KOs), the No. 1 pound-for-pound fighter in the world according to ESPN, weighed-in at 146.4 pounds, while Brook (39-2, 27 KOs) came in right at the welterweight limit of 147 pounds. The WBO champion and challenger squared off and exchanged words from a distance for several minutes, before exiting the stage.

Saturday will mark Crawford’s only appearance of 2020, and thus, his first in Top Rank Promotions’ closed bubble on the Las Vegas Strip. For the first time in 2020, however, Top Rank will allow approximately 100 spectators into the bubble, consisting of fighters’ friends and family, as well as local first responders.

With a win, Crawford, 33, is expected to turn his eye towards several marquee matchups in 2021, including potential fights against WBA welterweight champion Manny Pacquiao and IBF and WBC titlist Errol Spence Jr.

Brook, of Sheffield, England, looked comfortable on the scale. Saturday will mark his first appearance at 147 pounds since 2017, when he lost his IBF title to Spence Jr.

WBA super flyweight champion Joshua Franco (17-1-2, 8 KOs) and challenger Andrew Maloney (34-8, 14 KOs) also made weight for their rematch of a title fight back in June. Franco defeated Maloney via unanimous decision to claim the title in Las Vegas. Franco weighed-in at 114.5 pounds, while Australia’s Maloney tipped the scale at 114.7.