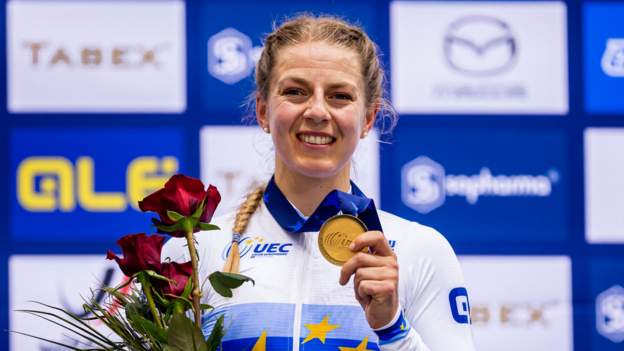 Evans added to her team pursuit title by winning the women’s individual pursuit in Bulgaria on Friday.

Walls, who won Britain’s first medal of the event with elimination race gold on Wednesday, won the men’s omnium title.

“It’s been great to get back racing, and to get some really good results is just amazing.”

Walls, 22, will target a third European champion jersey in the Madison in Plovdiv on Sunday.

“It was a tough race, it’s been a long day and I’m really happy to come away with a second jersey,” he said.