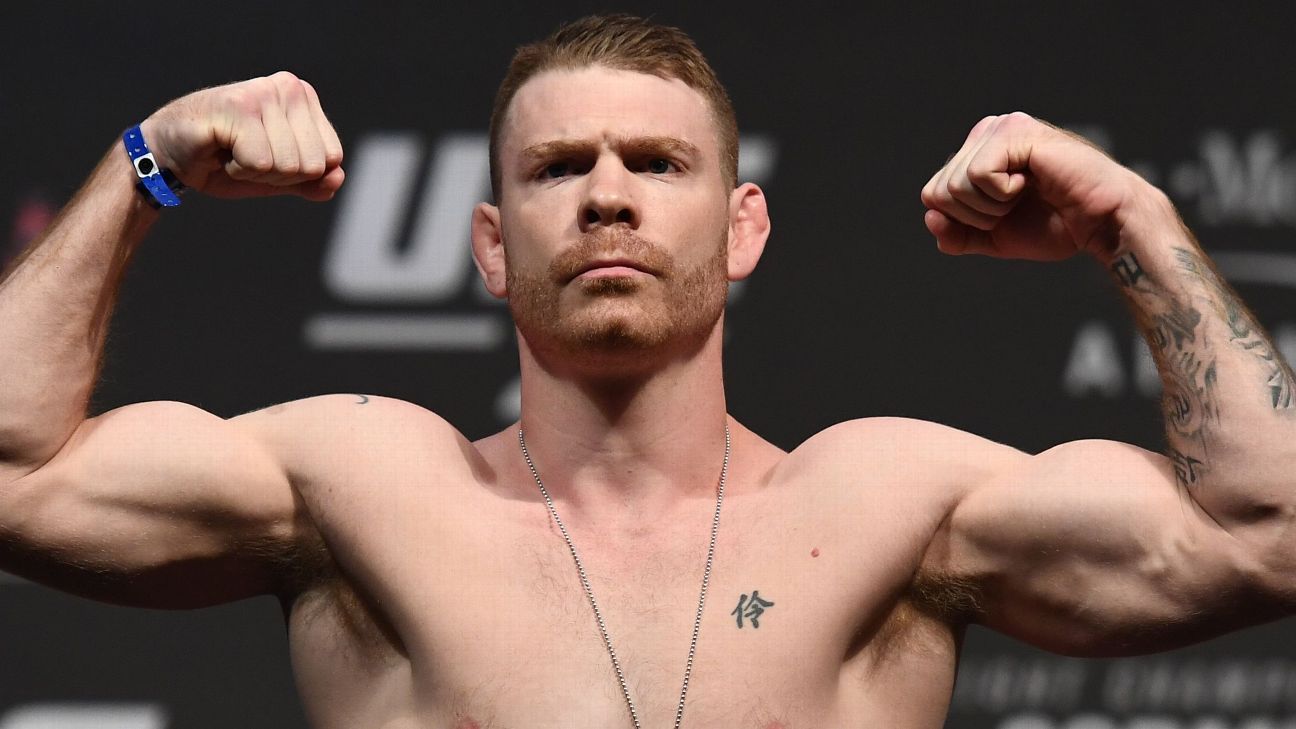 Paul Felder didn’t even know he’d be fighting this weekend as of Monday morning. That day, he weighed more than 170 pounds.

The popular UFC lightweight accepted the UFC Fight Night main event against Rafael dos Anjos this weekend on just five days’ notice later Monday. And Friday, Felder had no issues making weight. He came in at 155.75 pounds in Las Vegas — the first person to weigh in on the card. Dos Anjos, the former UFC lightweight champion, successfully weighed in at 156 pounds.

Felder and dos Anjos will meet Saturday in the headlining bout in front of no fans at the UFC Apex, a venue across the street from the UFC’s Vegas corporate headquarters.

Felder (17-5) was supposed to be a color commentator for UFC Fight Night on Saturday. But dos Anjos’ original opponent, Islam Makhachev, withdrew last Sunday due to an undisclosed injury. Felder stepped in a day later. Felder, 35, is coming off a loss to Dan Hooker in February but had won five of six prior to that. ESPN has Felder, a Philadelphia native, ranked No. 6 in the world in MMA at lightweight.

In order to get his weight cut started, Felder told ESPN, he didn’t consume anything except water in between his breakfast at 11 a.m. ET on Monday and dinner when he arrived in Las Vegas on Tuesday night.

Dos Anjos (29-13) held the UFC lightweight belt in 2015 and 2016. The Brazil native, who lives in California, moved up to welterweight and had an uneven time in the division above. The 36-year-old has lost four of his last five fights, though all against welterweight contenders.