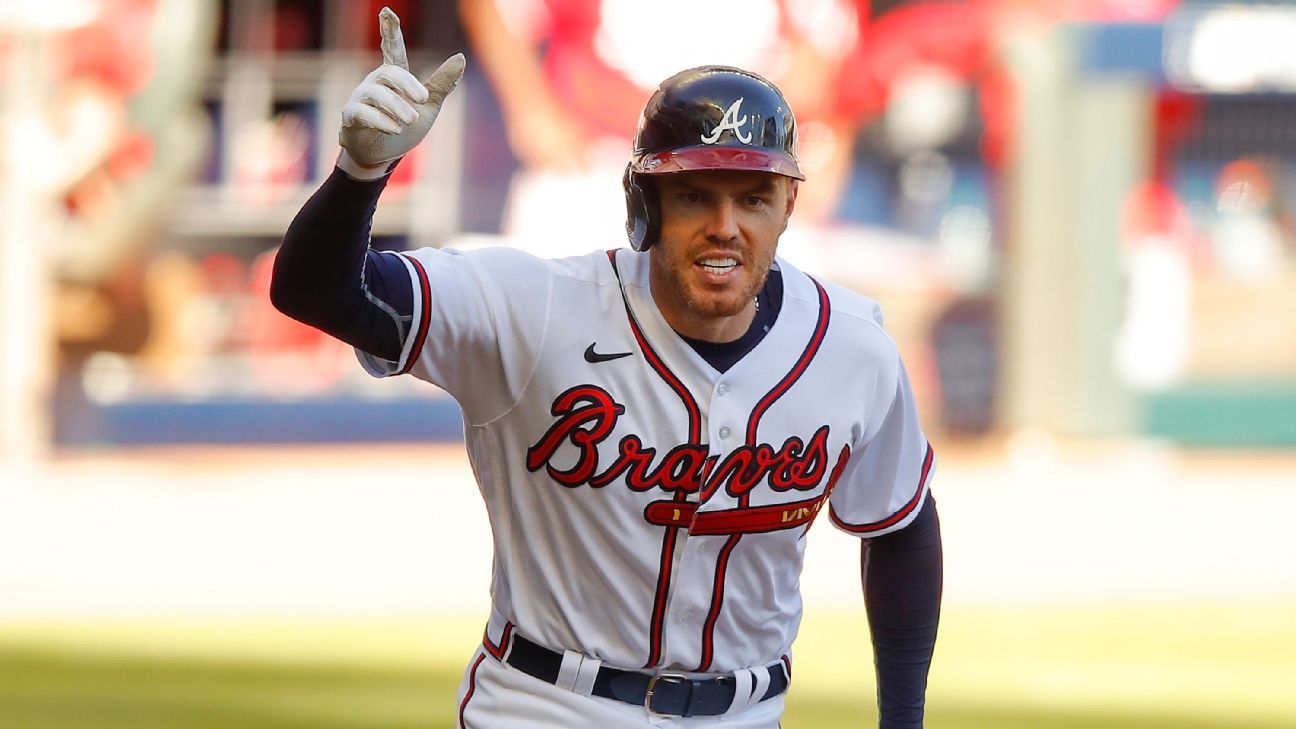 Freeman got 28 of the 30 first-place ballots in voting by members of the Baseball Writers’ Association of America. Dodgers outfielder Mookie Betts got the other two firsts to finish second and San Diego third baseman Manny Machado was third.

In a season affected from spring training to the World Series by the pandemic, perhaps it was fitting the final major award of the year went to someone infected by the virus.

Three weeks before the delayed opening day in late July, Freeman’s body temperature spiked at 104.5 degrees and he lost his sense of taste and smell. At one point, he recalled, he said a little prayer because “I wasn’t ready.”

The 31-year-old star bounced back in a big way, batting .341 with 13 home runs and 53 RBIs while playing all 60 games. A powerful lefty batter with the ability to spray the ball all over the field, he led the majors in hitting 23 doubles and scoring 51 runs.

Boosted by the four-time All-Star, the Braves won the NL East and came within one win of reaching the World Series for the first time since 1999.

Freeman is the sixth different player in Braves franchise history to be the NL MVP. Chipper Jones most recently took the honor in 1999 — Freeman wears a tattered Braves T-shirt under his uniform that was passed down to him from Jones.

Betts was bidding to join Frank Robinson as the only players to win the MVP in both leagues. The 28-year-old outfielder earned the AL honor in 2018 while leading Boston to the World Series title.

Traded by the Red Sox to Los Angeles early this year, Betts hit .292 with 16 homers and 39 RBIs and was the catalyst in the Dodgers’ run to their first championship since 1988.