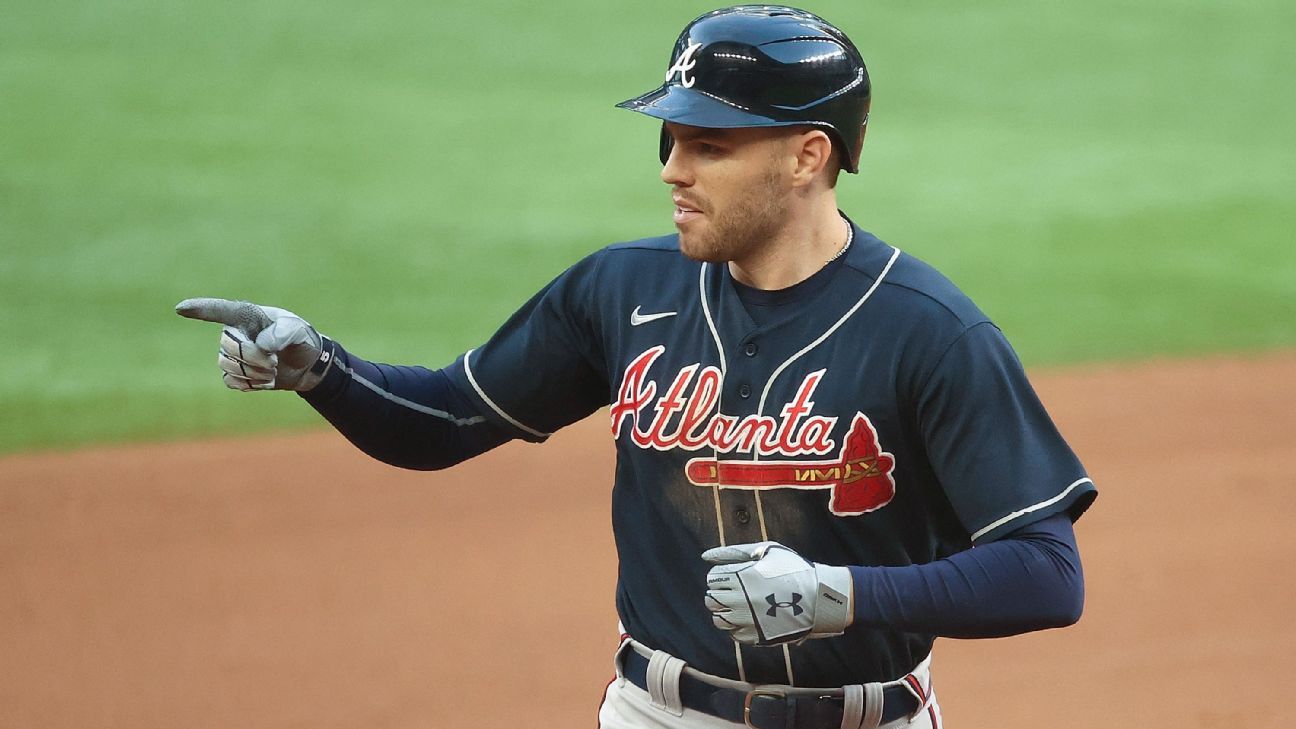 A season that started on the COVID-19 restricted list ended with the 2020 NL MVP for Atlanta Braves first baseman Freddie Freeman. Here’s a closer look at the stats and performances that separated Freeman from finalists Mookie Betts and Manny Machado for the award.

1.102. Freeman’s 1.102 OPS was second to only Juan Soto, who missed 13 games for the Nationals, in the majors this season. For the sake of comparison, that’s higher than both 2019 NL MVP Cody Bellinger (1.035) and runner-up Christian Yelich (1.100) posted last season. In fact, according to ESPN Stats & Information, Freeman’s OPS was the best by a Braves player since Hall of Famer Rogers Hornsby posted a 1.130 OPS for the Boston Braves in 1928.

Freeman led the majors in extra-base hits and his performance at the plate was clearly superior to Mookie Betts’ 2020 offensive numbers. The big question was whether voters would value that over the Dodgers outfielder’s all-around game.

After shuffling between the two spots earlier in the season, Freeman moved up in the order for good when the Braves scored 29 (yes, twenty-nine) runs on Sept. 9 when manager Brian Snitker put him there to shake up the lineup after a shutout loss the previous day.

A first MVP award is going to help fuel conversation about Freeman’s potential place in Cooperstown when his career ends, but finishing high in the voting is nothing new for the Braves’ slugger. This is Freeman’s fourth top-five victory, tying Warren Spahn for second most in franchise history behind only Hank Aaron (8).

With only about a week of baseball action after battling COVID-19 this summer, Freeman heated up after a slow start in Atlanta’s home opener on July 29. 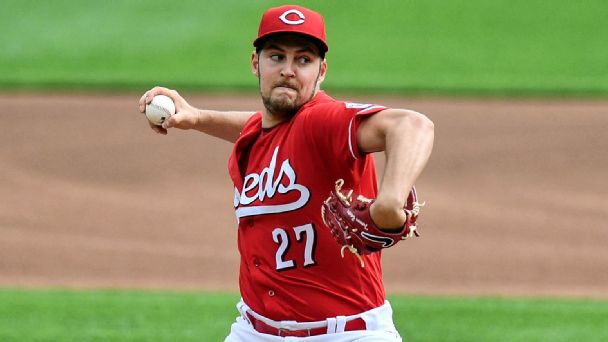 Where will Trevor Bauer sign? Will the Mets spend big? Here’s what could go down before Opening Day. Jeff Passan &»

After belting his first home run of the season early in the game — and giving a point to Hank Aaron, who was seated in an outfield luxury box — Freeman put the Braves up for good with a sixth-inning RBI single against the Rays, giving him four hits and three RBIs on the day.

“His presence, who he is and what it means to our organization, on the field, in the clubhouse, off the field, the man he is. The guy is some kind of special for us.” — Braves manager Brian Snitker on Freeman’s importance.