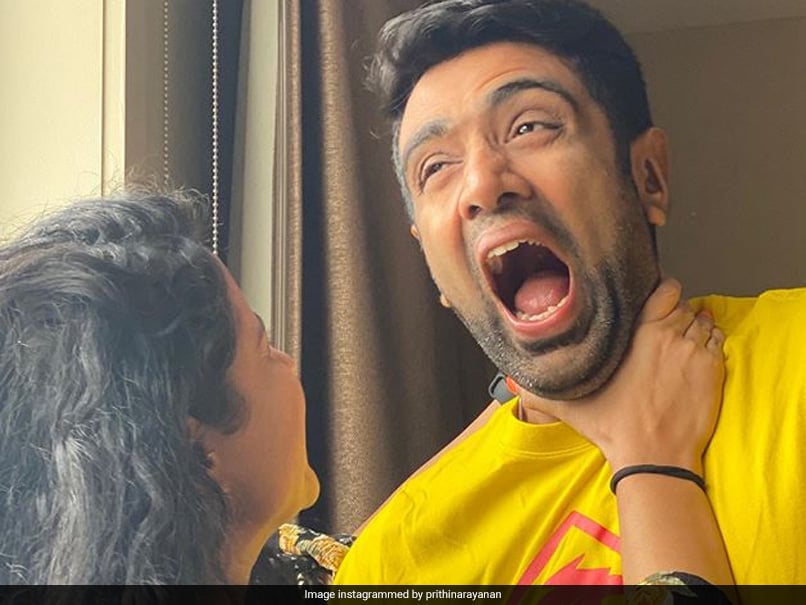 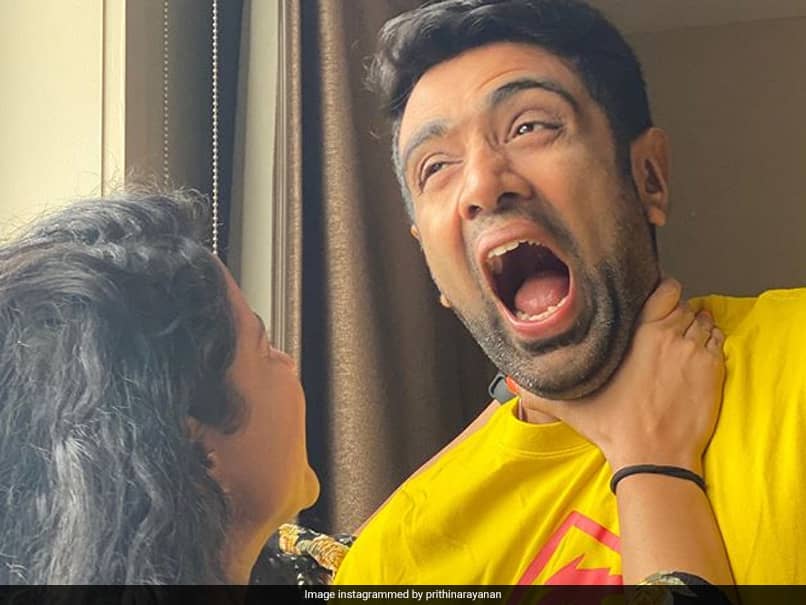 Ravichandran Ashwin and Prithi got married on November 13 in 2011.© Instagram


Indian off-spinner Ravichandran Ashwin and his wife Prithi Ashwin celebrated their ninth marriage anniversary on Friday. The couple had got married on November 13 in 2011. On their special day, Ashwin’s wife shared a few pictures featuring her husband and their two lovely daughters. One of the light-hearted pictures showed Prithi grabbing Ashwin’s throat with the off-spinner’s mouth wide open. The couple are currently in Sydney where they are completing their mandatory quarantine ahead of the series against Australia gets underway. “Happy 9 years to us. What can be more romantic than being quarantined together and there’s no way to escape? @rashwin99,” Prithi Ashwin captioned the pictures on Instagram.

Ashwin also reposted one of the pictures on his Instagram account and wrote: “Time flies!! So did the last 9 years. @prithinarayanan #weddinganniversary”.

Ashwin, in his debut season for Delhi Capitals, led franchise’s spin-bowling attack along with Axar Patel, especially after leg-spinner Amit Mishra was ruled out mid-season due to an injury.

R Ashwin played 15 games for the franchise and picked up 13 wickets, bowling at a decent economy of 7.66 runs per over.

Ashwin has not been picked in India’s limited-overs squad but is an integral part of the Test squad. The first match of the four-test series will be played under floodlights, starting December 17 in Adelaide. The second match is the Boxing Day Test and will be played at the Melbourne Cricket Ground from December 26-30.

The third Test will begin on January 7 in Sydney while the fourth and the final test will start on January 15 in Brisbane.