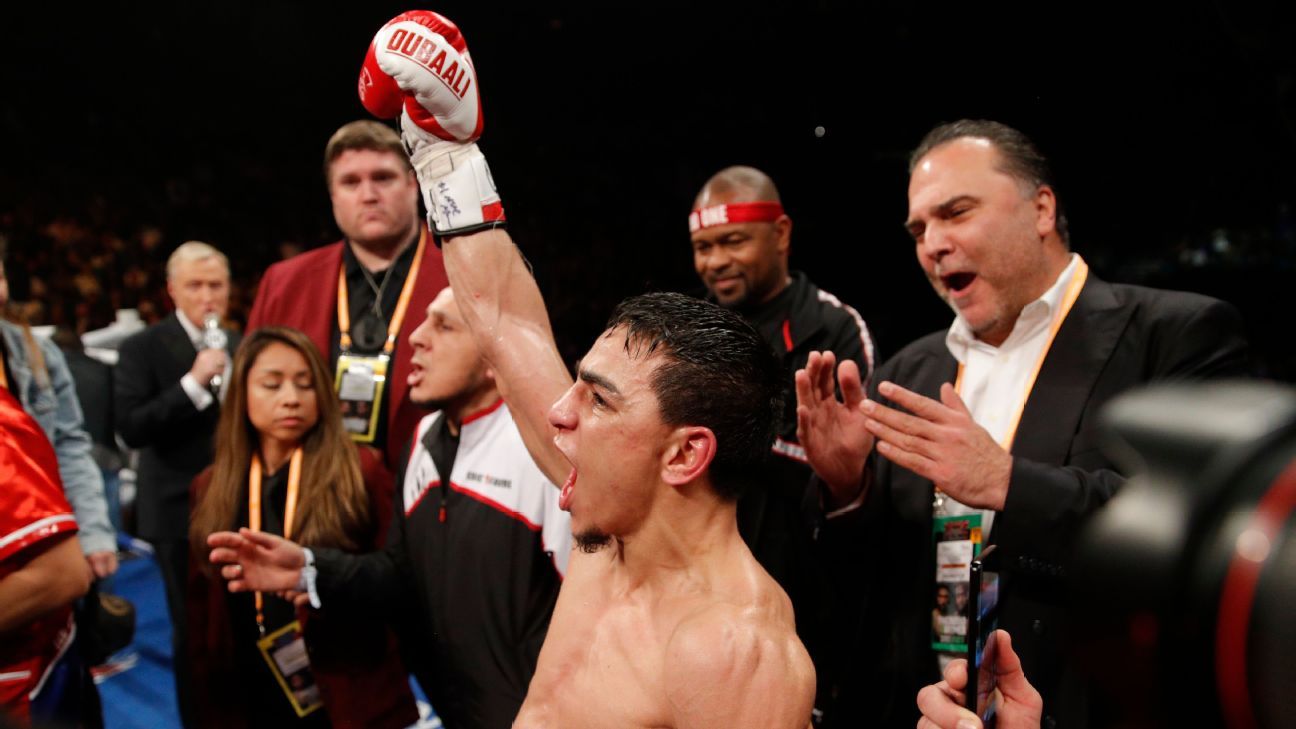 There has been a change of plans for the WBC bantamweight world title as Nonito Donaire will now face Emmanuel Rodriguez on Dec. 19.

Titleholder Nordine Oubaali, who was originally scheduled to defend that belt against Donaire on Dec. 12, encountered visa issues and was unable to travel to the U.S. The Donaire-Rodriguez fight will take place at the Mohegan Sun Arena in Uncasville, Connecticut.

To allow Donaire to still fight for the title as initially intended, the WBC named Oubaali its champion in recess and he will fight the Donaire-Rodriguez winner in his next fight, WBC president Mauricio Sulaiman confirmed to ESPN.

Rodriguez (19-1, 12 KOs), ranked No. 4 by the WBC, was quickly approved as a replacement. In 2018 he defeated Paul Butler in London to win the vacant IBF bantamweight world title by unanimous decision. He then made a successful defense against Jason Moloney five months later, but lost the belt by second-round KO against Naoya Inoue in May 2019.

Oubaali (17-0, 12 KOs) was expected to have his only fight of the year against Donaire after defeating Takuma Inoue by unanimous decision in November 2019.

Donaire (40-6, 26 KOs) comes into this bout after his loss in what many called the fight of the year in 2019 when he faced Naoya Inoue in the World Boxing Super Series bantamweight final.