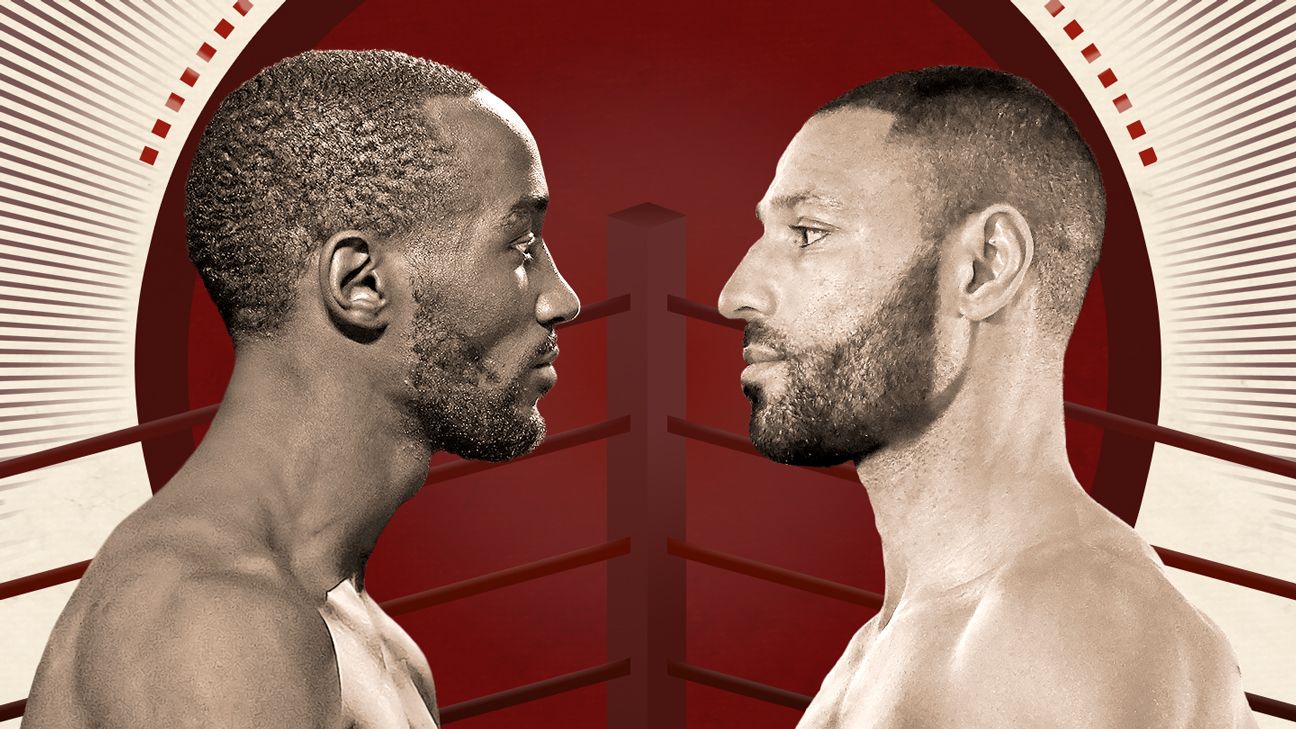 It’s not easy being king. Hidden in the never-ending conversation about when ESPN’s No. 1 pound-for-pound boxer, Terence Crawford, will have his much-awaited superfight against Errol Spence Jr. or Manny Pacquiao, is the fact he has a worthy challenge Saturday as he defends his WBO welterweight world title against Kell Brook inside the Top Rank bubble at the MGM Grand (10 p.m. ET, ESPN).

Crawford (36-0, 29 KOs) is unfazed by the talk. He isn’t ducking anybody and says he’s secure in his record and legacy. Saturday will be another showcase opportunity to prove why he’s the best fighter in the world against another former world champion — the eighth such fight of his pro career.

Let’s be clear: Brook (39-2, 27 KOs) wasn’t the first choice for Crawford. Top Rank CEO Bob Arum tried to make bouts with Pacquiao and Spence this fall, but both failed because of the circumstances surrounding the COVID-19 pandemic. Arum is adamant that Crawford’s next fight will be against either Pacquiao or Spence in the first half of 2021, but right now that message is understandably met with a universal “we’ll see” from a boxing world that’s heard this tune before.

So Brook, the British power puncher eager to prove he has rebounded from devastating back-to-back losses to Gennadiy Golovkin and Spence, was the best option available. Don’t be fooled — Brook has more than a Hail Mary puncher’s chance. It’s the sort of contest that, if we get a game Brook, could bring two-sided fireworks.

What makes this fight intriguing is Brook, who has fought as high as middleweight, has a clear size advantage, which should give him something to lean on against the more skilled, faster Crawford.

Brook opened eyes earlier this week when he confidently proclaimed his power would reign Saturday. He predicts he’ll “knock him out or make him quit on his stool.” Crawford astutely pointed out that Brook is the only one of the two who has actually quit during a fight, referring to when Brook’s corner threw in the towel against GGG.

“I’m always perceived as the smaller guy. That’s nothing new. it’s just a matter of skill, will and determination,” Crawford told ESPN. “If he’s banking on me being scared of him, he’s in for a rude awakening. I got power, too. Him neglecting that power is going to get him in a whole lot of s—.”

The 2020 factor for both opponents is how a lack of activity impacts their performance. Crawford hasn’t fought since his Dec. 14, 2019, ninth-round TKO of Kavaliauskas. Brook has had a shorter layoff; his last bout was Feb. 8, 2020, when he scored a seventh-round TKO of Mark DeLuca.

Brian “BoMac” McIntyre, Crawford’s longtime trainer and manager, told ESPN this week he wasn’t worried about rust because Crawford stays in the gym and excelled in sparring during training camp.

“By how our training camp and sparring went, I think Terence is going to handle business how he was supposed to,” McIntyre said. “We had a training session last night and we had a long strategy talk while he was shadow boxing and it let me know he was locked in.”

Kell Brook explains why he’s confident that he can defeat Terence Crawford and knock him from the top of the pound-for-pound ranks.

“We’re preparing for the best Terence Crawford, this is the fight of my life. The pressure is on him, but I’m putting pressure on myself for this fight because I want this so bad. I wanna show the world that me at 100 percent is a complete different guy of what you’ve seen before of myself.” — Brook, appearing on ESPN’s First Take, Nov. 11

Tale of the Tape

14-0: Crawford’s record in world title fights. Crawford has 11 knockouts in those 14 fights.

103-50: Joshua Franco outlanded Andrew Moloney by 53 punches from Round 9 through Round 12, on his way to an upset victory by unanimous decision. In the co-feature bout to Crawford-Brook, Moloney (21-1, 14 KOs) gets his rematch for the WBA “regular” junior bantamweight title that Franco (17-1-2, 8 KOs) got when he beat him.

52-0-1: The combined professional records of Terri Harper, Katharina Thanderz, Katie Taylor and Miriam Gutierrez. Taylor and Gutierrez are set to headline a fight card at Wembley Arena in London on Saturday with all four of Taylor’s unified lightweight titles on the line. In the co-feature bout, Harper and Thanderz will fight for Harper’s WBC junior lightweight title.

According to Caesars Sportsbook by William Hill, as of Friday morning

How Terence Crawford and a dog breeder forged an uncommon bond 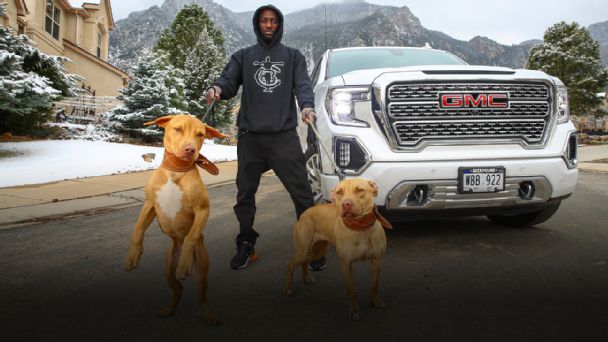 With much of the focus on who Crawford faces next, it’s easy to forget that Brook is a worthy opponent and not just a tuneup fight. Yes, he got knocked out by two of the world’s best boxers in GGG and Spence, but his power and size should garner Crawford’s respect. He has a puncher’s chance.

That being said, Crawford is just too skilled, too smart and too fast for Brook. You can hear the hunger in Crawford’s voice when he talks about what he has left to prove, and he’ll simply outclass Brook Saturday before his own power becomes too much to handle.

A Crawford fight hasn’t reached the scorecards in nearly 4½ years, and this one won’t either. Crawford by eighth-round TKO.