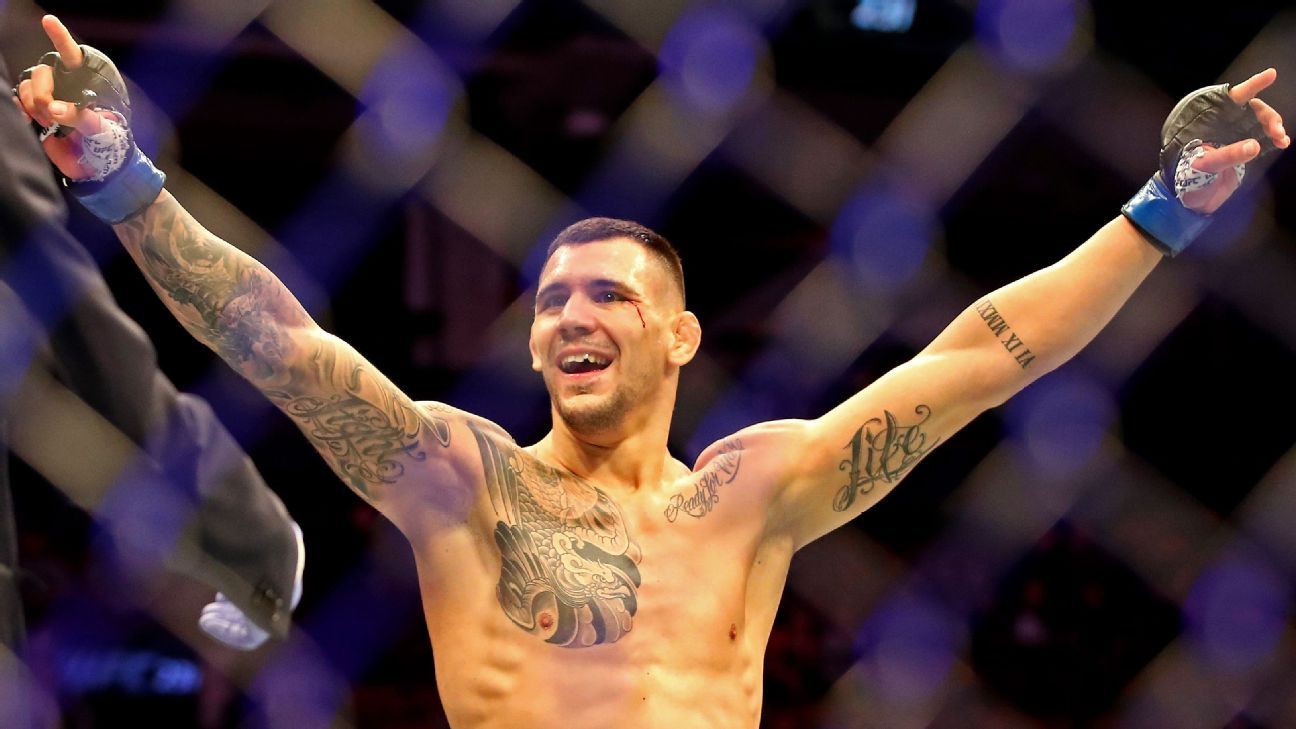 The promotion has not officially announced an event on the date of March 6, nor given a location. Sources said the 205-pound matchup will consist of three rounds and not serve as the event’s headliner.

Santos (21-8) is fresh off a submission loss to Glover Teixeira at UFC Fight Night last weekend in Las Vegas. It was Santos’ first fight since he challenged Jon Jones for the light heavyweight championship in July 2019. Santos lost to Jones via split decision and suffered a serious knee injury during the fight.

Fighting out of American Top Team in Coconut Creek, Florida, Santos came out of last weekend’s fight healthy and was immediately open to accepting another ranked opponent, sources said.

Rakic (13-2), of Austria, has fought his way into contendership with a 5-1 record in UFC. He is coming off a unanimous decision win over another former title challenger in Anthony Smith in August. Rakic’s only loss in UFC came via split decision against Volkan Oezdemir in December.