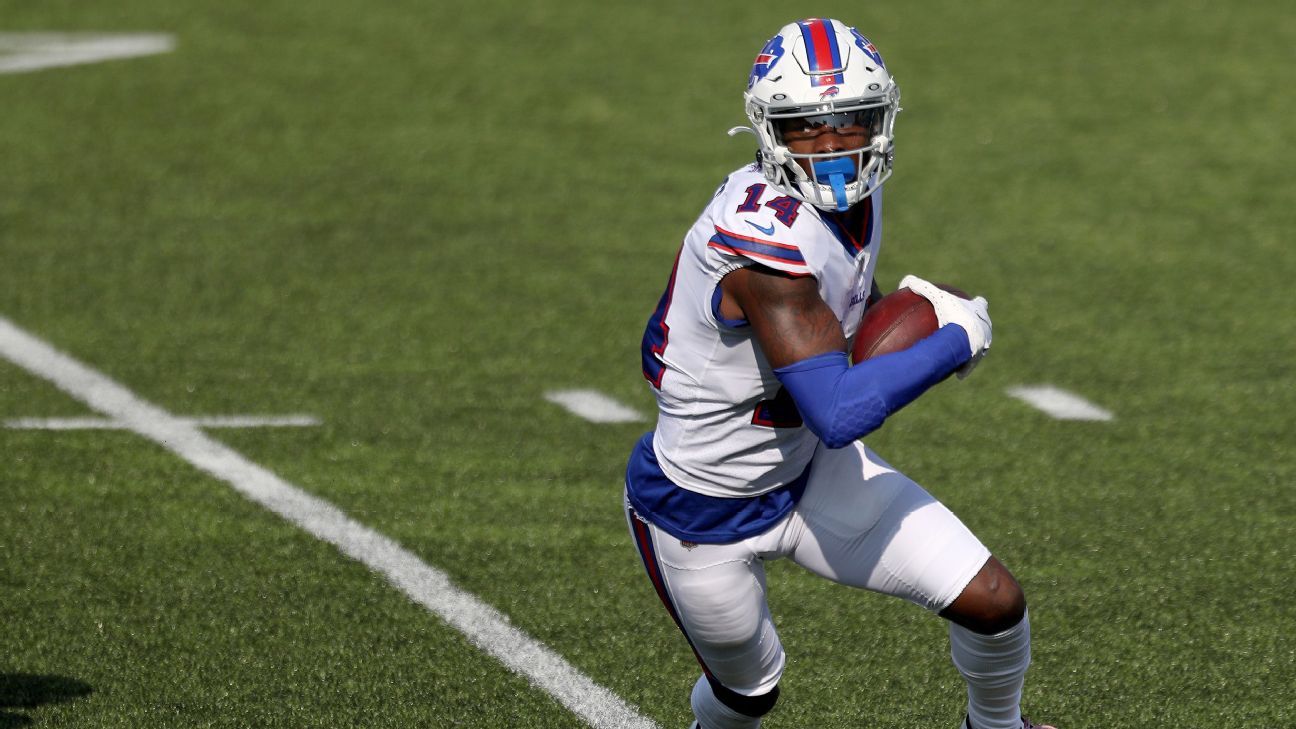 Hours apart on March 16, the Buffalo Bills and Arizona Cardinals pulled off two of the defining moves of the NFL’s offseason, trading for wide receivers Stefon Diggs and DeAndre Hopkins, respectively.

Nine weeks into the 2020 NFL season, both trades can be described as a resounding success.

As the Bills (7-2) and Cardinals (5-3) prepare for their matchup Sunday in Arizona (4:05 p.m. ET, CBS), Diggs leads the league in receptions (63) and receiving yards (813), while Hopkins ranks third (60) and fifth (734), respectively. Each has three TDs as they continue to build chemistry with their young quarterbacks following a truncated offseason because of the coronavirus pandemic.

“I’ve been watching Hop for a long time. He’s damn sure not like any of the other receivers … one thing I can say is he’s gonna catch the ball,” Diggs said. “He’s got great hands, he’s fast — he can do pretty much everything. My respect for his game is at the utmost because he can play at a high level, he’s been playing at a high level and he’s got some of the best hands in the league.”

The 6-foot, 191-pound Diggs thrives at getting separation as one of the NFL’s premier route runners. He has the speed to take the top off a defense and win contested catches when necessary, but he’s been at his best this season within 15 yards of the line of scrimmage, where his shiftiness makes him difficult to cover.

The 6-foot-1, 212-pound Hopkins also has speed, but specializes in physicality — basically, any ball within arm’s reach of Hopkins typically belongs to him. He’s also dangerous after the catch and a threat to turn a 10-yard out pattern into a 70-yard touchdown.

Even with All-Pro cornerbacks likely shadowing them Sunday (Arizona’s Patrick Peterson for Diggs and Buffalo’s Tre’Davious White for Hopkins), fans will see two of the league’s best at their position.

In the late hours of the first day of the NFL’s free-agency period, Bills general manager Brandon Beane pulled off the trade he tried to make during the 2019 regular season, sending picks in the first, fifth and sixth rounds of the 2020 NFL draft and a fourth-round pick in 2021 to the Minnesota Vikings for Diggs and a seventh-round pick in 2020.

ESPN NFL analyst Mike Tannenbaum still believes the Bills overpaid for Diggs, but admits he was wrong in terms of how productive the receiver would be in Buffalo’s passing offense, which ranked 26th in the league in 2019.

“There’s no question that Diggs is a great player, we can all agree on that. I thought they paid a lot to get him,” Tannenbaum said. “Because there were so many good receivers in this year’s draft … I thought that would have been better value, but to their credit, they have maximized every ounce of Stefon Diggs and what he does for [fellow Buffalo receivers] John Brown and Cole Beasley. That’s a very difficult offense to defend and it all starts with Diggs.

“Despite paying a premium, I think that’s a deal they’re really proud of.”

Tannenbaum was not the only critic of the trade. With the 2020 draft class projected to be one of the deepest receiver classes in league history, many analysts felt Buffalo could have saved money by drafting a receiver with the 22nd overall pick — which the Vikings did, selecting Justin Jefferson (34 catches, 627 yards, 3 TDs).

But Beane didn’t want to wait on a rookie. With Buffalo intent on winning the AFC East for the first time since 1995, Beane needed someone who could impact their offense immediately. He views Diggs as the team’s first-round pick and it’s hard to argue with the value he has provided.

Diggs is on pace to shatter his career-highs in yards, catches and targets (91 through nine games) this season, and there was no ramp-up period for him. He and quarterback Josh Allen clicked right away, with Diggs exploding for three 100-yard efforts in the first five weeks.

It was widely reported Diggs wanted out of Minnesota and critics believed he wouldn’t succeed or be happy in Buffalo.

Diggs knew better than to believe them.

“When I first got traded there were so many words about, ‘I wasn’t gonna like [Buffalo], I wasn’t gonna do X, Y, Z,'” he said. “I kind of ignored a lot of it because people who know football and even know me on a personal level — I embrace all my challenges. I meet them head on, I don’t shy away and I don’t dodge. I love it, as far as people doubting me. People have been doubting me for a very long time, man. It’s not going to stop anytime soon.”

Hopkins opens up the offense

It was the trade that stunned football.

In the week leading up to the deal that brought Hopkins to Arizona, there was chatter Johnson would be on the move. But there was no word on who — if anybody — the Cardinals would get in return. Then the bombshell trade was announced and the Cardinals have been riding high ever since.

Hopkins gives the Cardinals two future Hall of Fame receivers along with Larry Fitzgerald. And Hopkins signed an extension in September that will keep him in Arizona through the 2024 season.

Since he arrived in the desert for training camp, Hopkins has been everything expected. He’s dominant, dynamic and deferential to Fitzgerald. On the field, Hopkins has been even better than advertised. Through Week 8, he led the league in yards and receptions, and he has three games of 130-plus yards compared to none last season.

“Great dude, very genuine, funny, loves to have fun,” Cardinals quarterback Kyler Murray said earlier this season. “I think everybody just naturally has gravitated toward him because the type of dude he is in the locker room, in the hotel. Everybody seems to like him.” 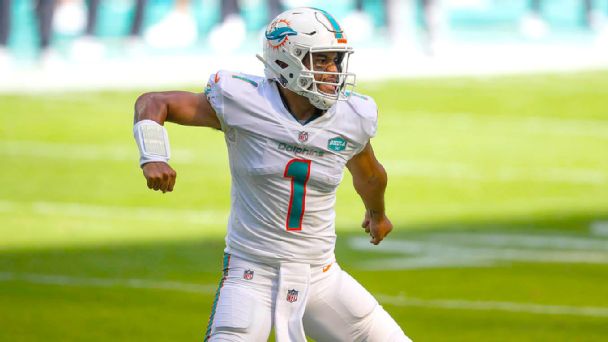 Hopkins’ presence has opened up the Arizona offense. He has often been used as the single wide receiver to one side of Murray while trips line up on the other side. That has forced defenses to decide whether to slide more coverage to Hopkins’ side and use single coverage on Fitzgerald, Christian Kirk and the other receivers, or gamble with single coverage on Hopkins. It’s a defensive coordinator’s nightmare.

Hopkins did what he could in the offseason to get on the same page as Murray, though halfway through their first season together, it’s still a work in progress.

Hopkins made sure to attend the workouts Murray hosted in Dallas this summer as a way to get to know the second-year quarterback. At one point before the season, Hopkins said he wanted to be “best friends” with Murray.

Though not having OTAs, minicamp or a preseason together has hampered their progress, the chemistry is coming along. There are times when they look like they’ve been playing together for years and times when it’s clear they’re still eight games into their tenure together.

Last month, Hopkins said Murray was the first quarterback to ever yell at him — a clear sign the two are figuring out how to be best friends.