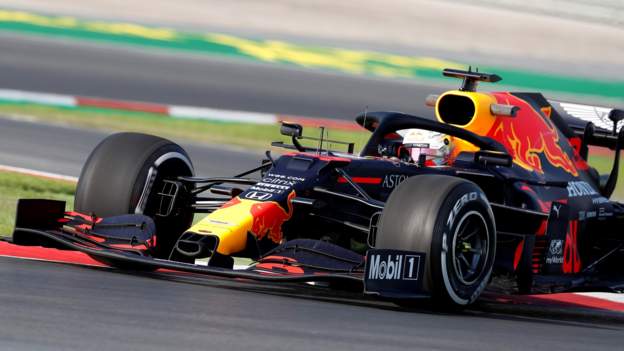 The Istanbul Park circuit, holding its first race since 2011, was resurfaced two weeks ago and drivers were more than 10 seconds off the pace expected.

Hamilton will be champion as long as he does not lose more than seven points to Bottas.

With Mercedes expected to lead the way, that effectively means he will clinch the title if he wins the race, or if he finishes second to Bottas as long as the Finn does not also set fastest lap.

Hamilton, who can clinch a record-equalling seventh world title on Sunday, was more than five seconds off the pace.

There were a number of spins throughout the session as drivers struggled with the low-grip surface, with Bottas, Verstappen and Gasly joined by Alpha Tauri’s Daniil Kvyat and Williams’ Nicholas Latifi.

And the session was briefly red-flagged early on when Leclerc slid wide and knocked over the bollard marking the entry to the pit lane.

It was a tough session for McLaren’s Carlos Sainz, who was called into the pits with an engine problem.

The team said they had found an electrical issue and sent him out again, only for the Spaniard to stop on track saying the problem was “engine, power steering”.

Williams driver George Russell is to receive a grid penalty for using more than the permitted number of engine parts this season, after exceeding his allocation of internal combustion engines, turbos and MGU-Hs, the hybrid device that recovers energy from the turbo.