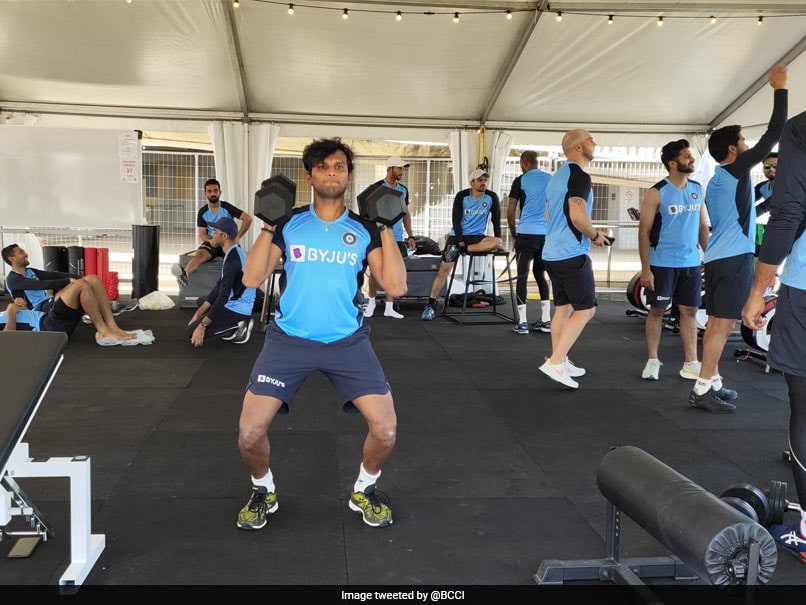 Gearing up for a gruelling tour of Australia, the Indian team on Saturday began outdoor training with a light session after the entire contingent tested negative for COVID-19. Several cricketers who recently competed in the Indian Premier League (IPL) in the UAE, including Hardik Pandya, Prithvi Shaw and Mohammed Siraj, attended the session at Blacktown International Sports Park inside the Sydney Olympic Park.

The BCCI posted pictures of the outdoor training and a gym session on its twitter handle.

Once out, the boys also hit the gym! pic.twitter.com/X3QL3uHQJy

The Indian team is currently serving a 14-day quarantine period and members have cleared the initial COVID-19 test, according to information received.

“Back with my brother @imkuldeep18 and back on national duty for Flag of India#TeamIndia Flexed biceps #spintwins #kulcha,” he tweeted.

Back with my brother @imkuldeep18 and back on national duty for #TeamIndia #spintwins #kulcha pic.twitter.com/NmWmccaEXt

India are scheduled to play three ODIs, three T20s and a four-Test series on the tour, starting with T20Is from November 27.

The Test series will begin with a Day-Night game at Adelaide from December 17. Skipper Virat Kohli will miss the last three matches as he will be on a paternity during that time.