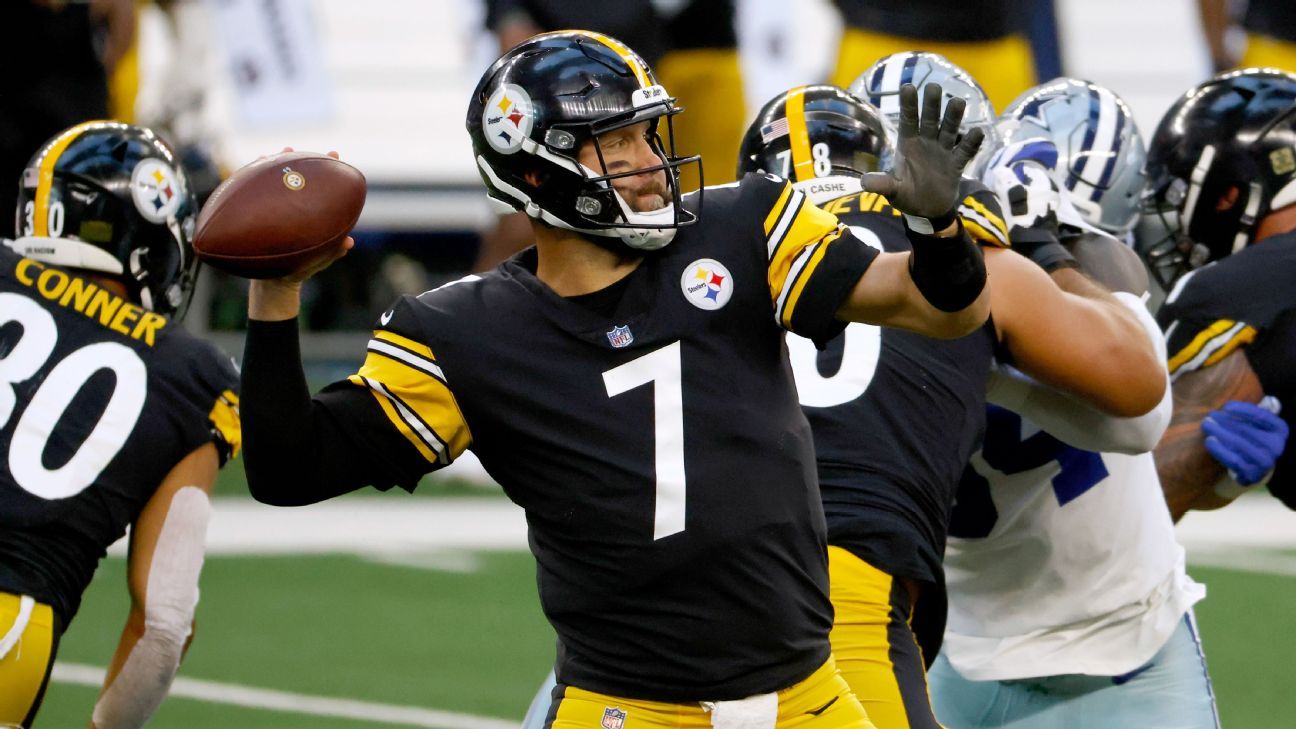 PITTSBURGH — Pittsburgh Steelers quarterback Ben Roethlisberger has been activated from the reserve/COVID-19 list and is expected to start against the Cincinnati Bengals on Sunday.

Roethlisberger was removed from the list Saturday morning along with three others who were deemed to be “high-risk” close contacts with tight end Vance McDonald, who went on the list Monday with a positive coronavirus test. Linebacker Vince Williams, running back Jaylen Samuels and offensive lineman Jerald Hawkins were all taken off the list, although it’s likely only Roethlisberger and Williams, both longtime veterans, will play against the Bengals because of coach Mike Tomlin’s practice-to-play rule. All four were isolated for five days and could not practice with the team during the week.

The Steelers are holding an extended walk-through today to give Roethlisberger some in-helmet work before Sunday’s game.

“If he comes off the protocol,” Tomlin said Friday, “we’re going to have an extended walk-through tomorrow just to give him an in-helmet perspective on some of the situational things to put the finishing touches on our work, to allow him to work with the eligibles he worked with in game, to have any necessary informal conversations that allow us to have a level of comfort as we push into play.”

The Steelers expected Roethlisberger to clear protocol and they prepared all week in anticipation of him starting against the Bengals. Even though Roethlisberger didn’t practice, the Steelers are confident in their 17-year veteran.

“I’m not overly concerned about it,” Tomlin said Tuesday. “This guy has been doing his job for 17 years. He’s got snap experience that he can call upon. We are still going to work extremely hard virtually to prepare. A lot of his work is above the neck anyway in terms of preparation. I have very little concern about it, to be quite honest with you.”