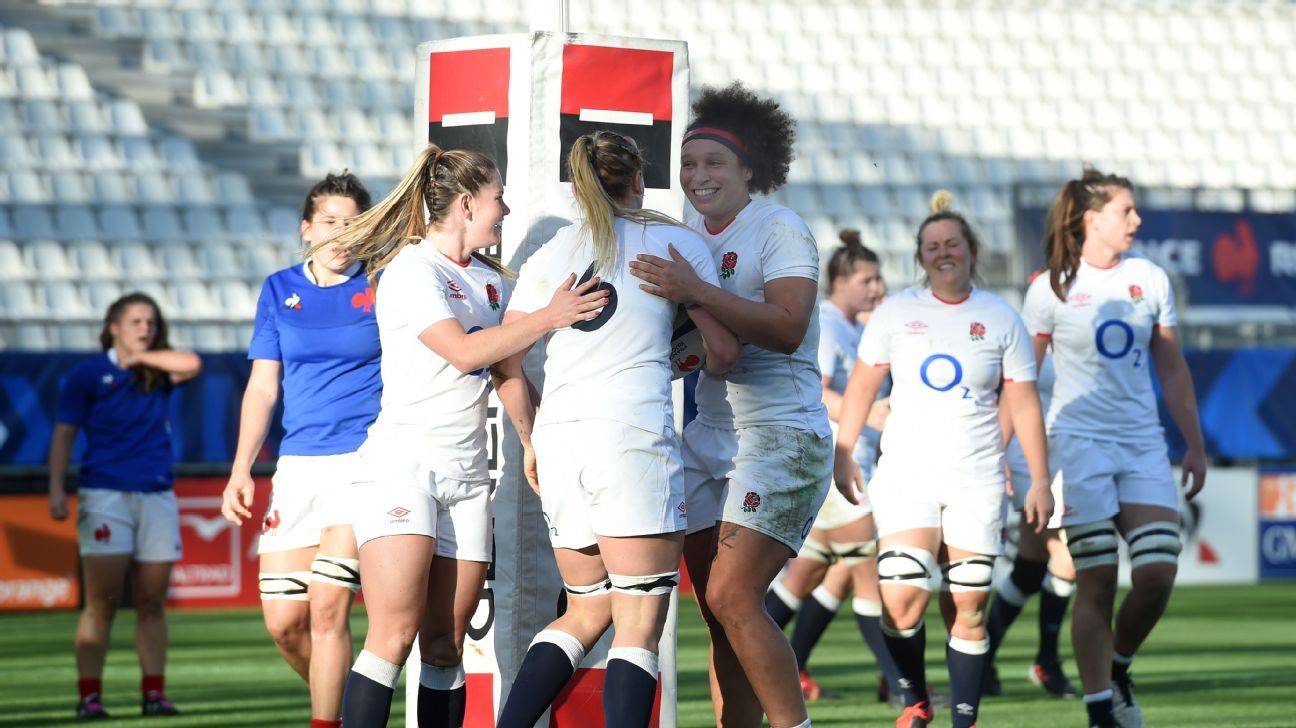 Six Nations champions England turned up the heat in the second half to beat France 33-10 in the first of their two November internationals at the Stade des Alpes in Grenoble on Saturday.

The victory means England are now the No. 1 ranked team in the world.

Hooker Amy Cokayne got England off to a solid start with an early try before France captain Gaelle Hermet equalised for the hosts to send the teams into half time with the score tied 10-10.

But England took charge of the game early in the second half when first Alex Matthews and then Jess Breach crossed for the visitors in quick succession with Emily Scarratt turning in another flawless kicking display to add the gloss to the scoreline.

“The girls put in a real shift,” Scarratt told the BBC. “We had a lot of youngsters out there today. There is no crowd but this is a really tough place to come and play. It was a real squad effort.”

“We are a very proud rugby nation and we go about our business in a way that we want to be the best we can be.”

France will have a shot at revenge when they travel to Twickenham Stadium for a rematch next weekend.