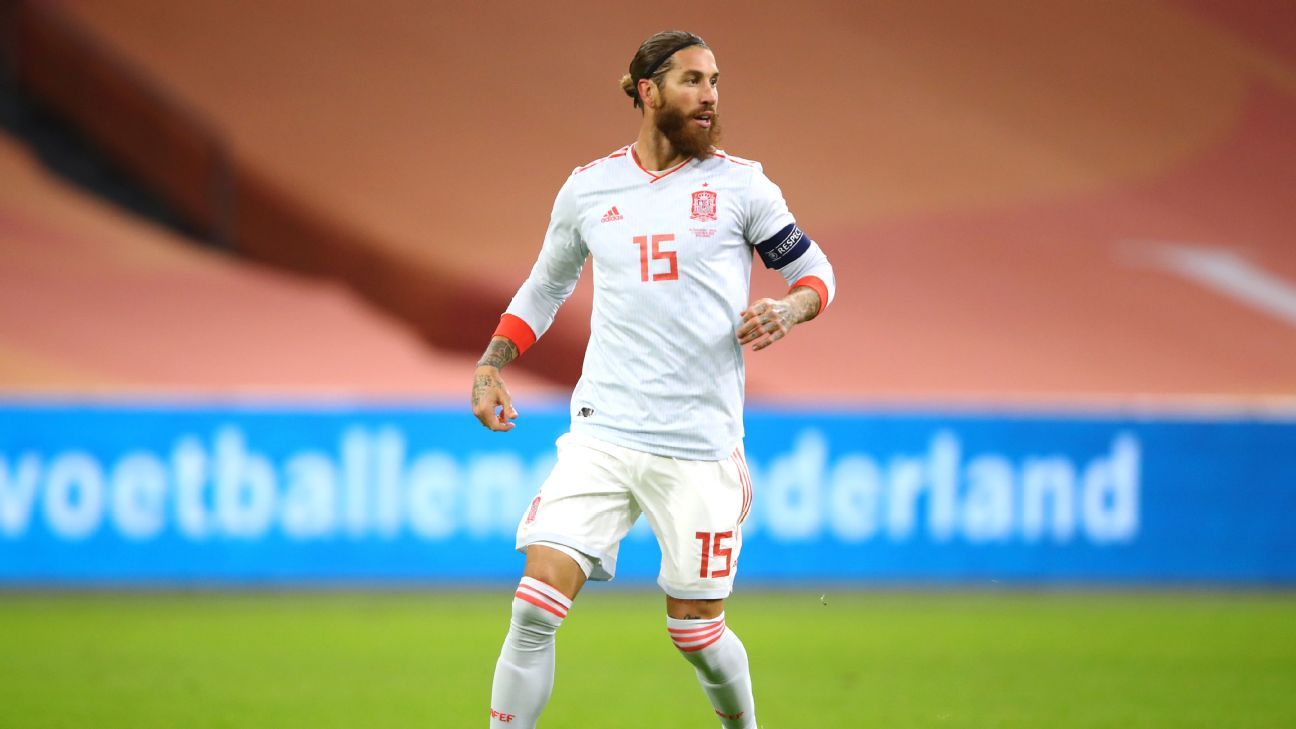 Sergio Ramos has become the most capped European footballer ever, making his 177th appearance for Spain in their UEFA Nations League match with Switzerland on Saturday.

The Real Madrid defender — who captains both club and country — has now played one game more than the previous record holder, former Italy goalkeeper Gianluigi Buffon, who retired from international duty in 2018.

Ramos, 34, is now targeting the world record held by Egypt’s Ahmed Hassan, who played 184 games for his country between 1995 and 2012. The defender could reach that milestone at next summer’s Euro 2020 tournament, if he features in all of Spain’s matches before then.

“They’re numbers that are only within the reach of the exceptionally gifted,” Spain coach Luis Enrique said earlier this week, after bringing Ramos on as a substitute for his 176th cap in a 1-1 friendly draw with the Netherlands on Wednesday.

“He doesn’t even get a cold. He’s different. His level is unique.”

Luis Enrique, however, made a change at goalkeeper for Saturday’s match against the Swiss, deciding to bench Manchester United‘s David de Gea in favour of Athletic Bilbao‘s Unai Simon.

De Gea had started Spain’s last four Nations League matches but made a costly mistake in a 1-0 shock loss to Ukraine in October. Luis Enrique came to defence of the embattled keeper following that defeat, saying it was a “bad habit” for critics to continually blame him for his form for club and country.

It is Simon’s second straight start, as he was between the posts for the draw against the Dutch.

Messi or Maradona? Is Pele Brazil’s undisputed best? Dempsey or Donovan from the U.S.? Our writers nominated candidates and we want readers to decide! Read

As for Ramos, Saturday’s start further etches a remarkable international career that began when he made his Spain debut in March 2005, coming on for Carles Puyol at half time in a 3-0 friendly win over China.

He initially featured as a right back — including at Euro 2008, Spain’s first tournament win in 44 years, and in the country’s only World Cup winning side in 2010 — before switching to centre back for their defence of the European Championship title in 2012.

Ramos has scored 23 goals for Spain, making him his country’s eighth all-time top scorer, and has been the national team’s first-choice penalty taker since 2018.

Despite turning 35 next March, he has expressed a desire to feature not just at the Euros in June, but also the Tokyo Olympics, describing the possibility as “a nice idea, an event no-one would say no to.”