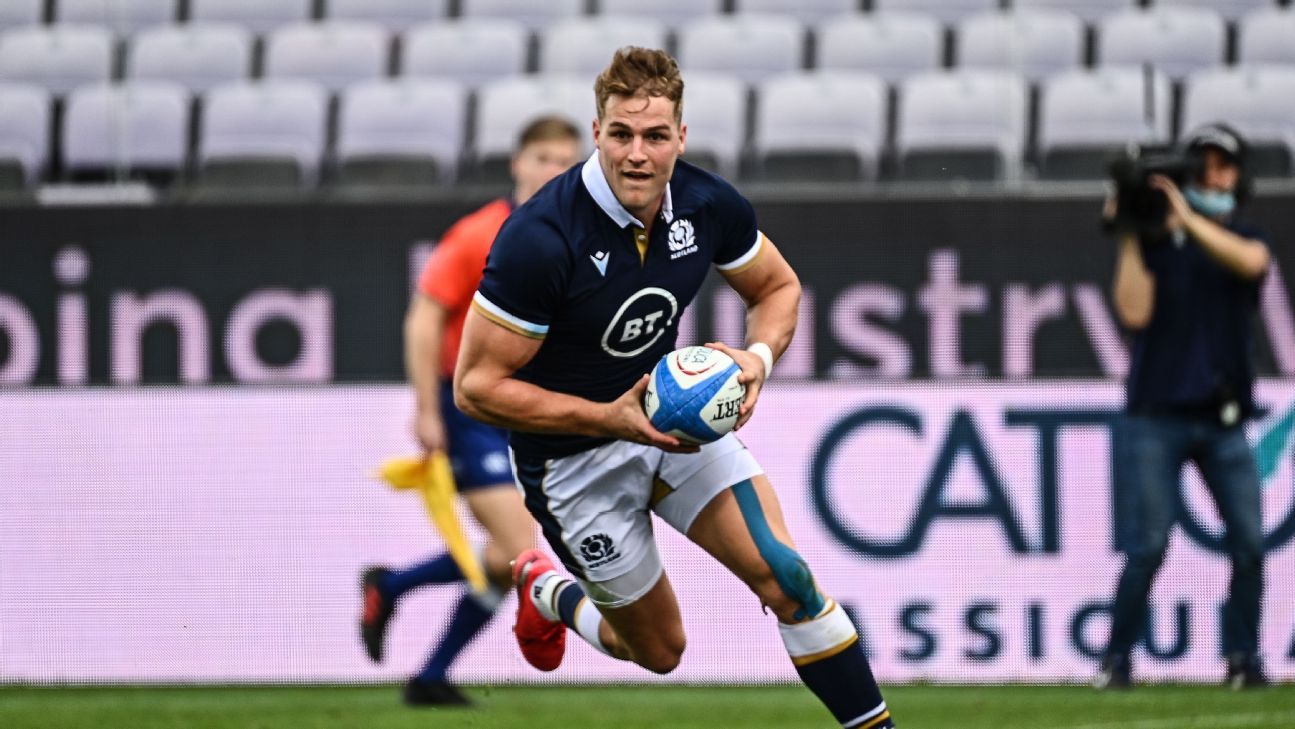 Scotland dug deep to overcome Italy 28-17 at the Stadio Artemio Franchi in Florence, coming from behind through tries from Zander Fagerson, Scott Cummings and George Turner to record a fifth successive win for coach Gregor Townsend.

A visibly fired-up Italy led 11-7 at half time, through two penalties from the 20-year-old fly-half Paolo Garbisi and a sparkling counter-attacking try finished off by Matteo Minozzi.

Scotland had scored the game’s first try as Duhan van der Merwe cut a sharp line in from his wing to cross untouched, but the visitors looked shaken at times in the first half by Italy’s combative defence.

Duncan Weir, standing in for the injured Finn Russell and Adam Hastings, had a mixed afternoon with a disallowed try and some haphazard passes, but his kicking from hand and at goal kept Scotland in touch during Italy’s dominance of the middle period.

Both sides are known more for their attacking flair than careful game management, and after gesturing towards disciplined play in a cagey opening period they reverted to thrilling type.

Immediately after van der Merwe’s sharp score, centre Marco Zanon burst through for Italy and sparked a series off offloads down the left touchline that ended in the Wasps fullback Minozzi crossing the line in the game’s standout moment.

For all that thrilling attack and muscular defence, however, it was a depressingly familiar finish to the game for Italy as their fitness seemed to dwindle and Scotland began to wrest control through driving mauls and close carrying.

Italy in theory next face Fiji on Nov. 21, in a fixture that could be in doubt given the outbreak of COVID-19 in the latter camp that saw their match against France cancelled.

Scotland are due to take on France on Nov. 22, in a repeat of the dramatic Murrayfield clash in March that saw a Mohamed Haouas red card end the visitors’ Grand Slam dreams.