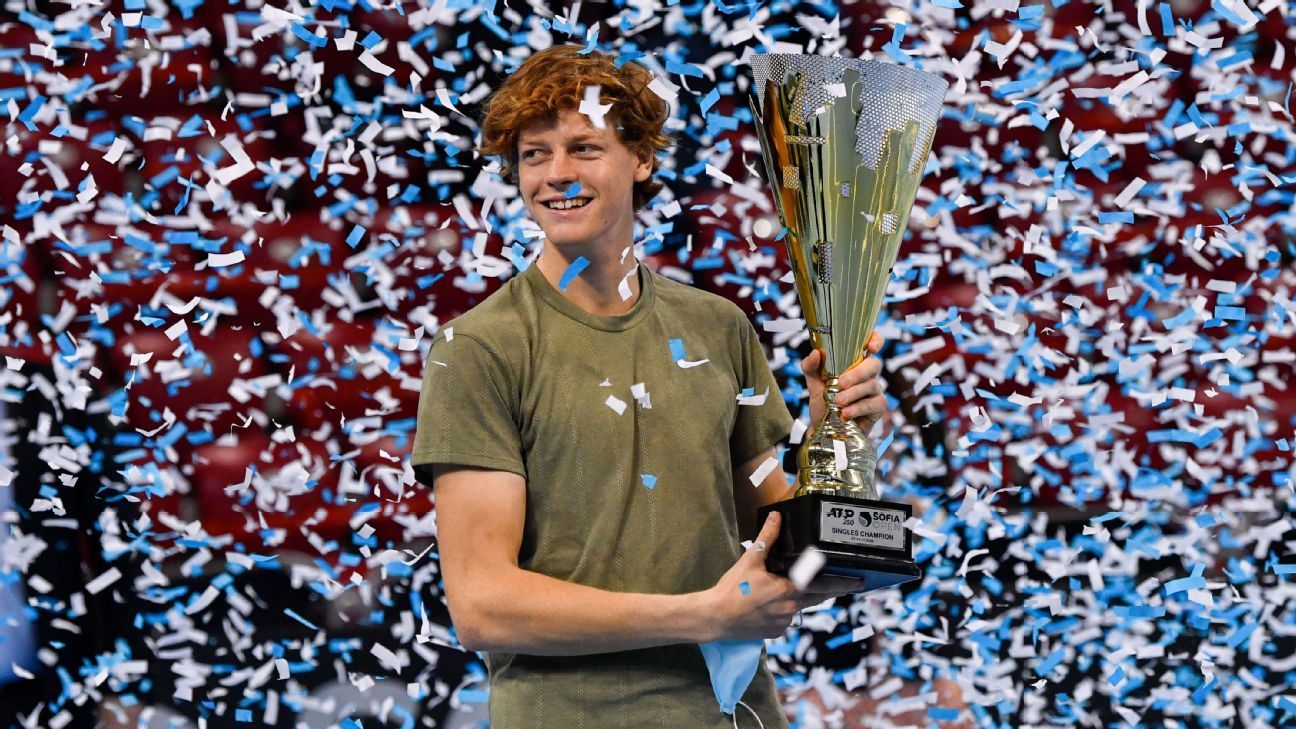 Italy’s Jannik Sinner became the youngest first-time winner on the ATP Tour in 12 years on Saturday after edging Canadian Vasek Pospisil 6-4, 3-6, 7-6(3) to claim the Sofia Open.

Sinner, contesting his first ATP Tour final, served notice of his intentions early on when he forced Pospisil to save three break points in his first service game before breaking the Canadian’s serve in the third game.

That was enough for the 19-year-old to claim the opening set and he looked set for victory when he broke Pospisil again early in the second, but the Canadian fought back with two quick service breaks of his own to force a decider.

The match stayed on serve in the third set and headed to a tiebreak, where it was Sinner who kept his cool and sealed the victory when Pospisil sent a backhand beyond the baseline.

The Italian is the youngest winner on the men’s tour since Japan’s Kei Nishikori won the Delray Beach Open at the age of 18 in 2008.