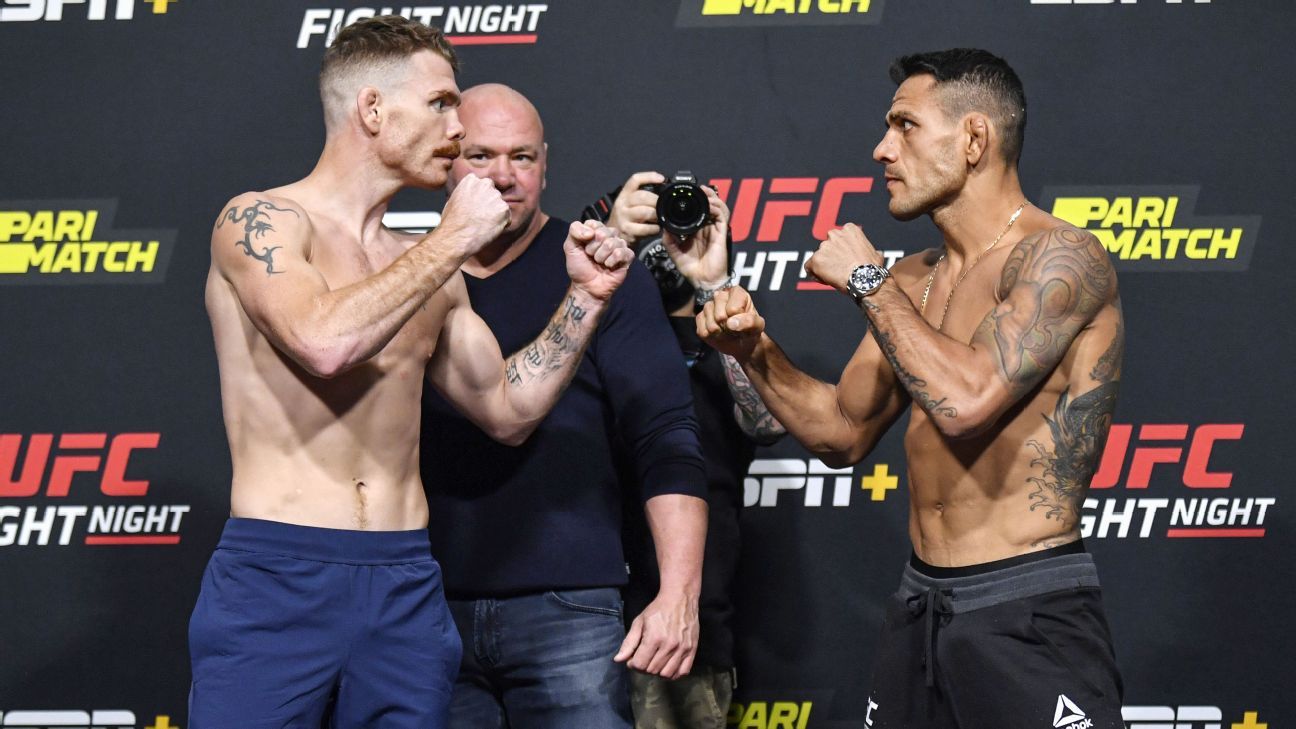 The story coming into UFC Fight Night on Saturday was the path of Paul Felder.

On Monday, just five days before the card, Felder agreed to be the short-notice replacement to fight Rafael dos Anjos in the main event in Las Vegas. Felder was supposed to be the color commentator on the event broadcast, but as the UFC looked for a fill-in when dos Anjos’ original opponent, Islam Makhachev, withdrew due to an undisclosed injury, Felder became a headliner.

How about dos Anjos, though? He went from fighting the up-and-coming Makhachev, an exceptional wrestler and grappler, to Felder, a dangerous striker and ESPN’s No. 6-ranked lightweight in the world. That’s no easy task for dos Anjos, the former UFC lightweight champion.

“It’s a completely different game,” dos Anjos told ESPN. “I was training for a wrestler — a southpaw wrestler. Paul Felder is a striker and an orthodox fighter. It makes a lot of difference to take that fight on five days’ notice.”

Felder (17-5) dropped a split decision to Dan Hooker in his last bout in February. Before that, the Philadelphia native had won five of six. Felder, 35, is known as one of the most exciting fighters in the lightweight division. He had been contemplating retirement after the Hooker loss, saying he only wanted to come back for fights that enticed him.

Dos Anjos (29-13) is moving back down to lightweight for this bout after three years at welterweight. The Brazil native, who lives in California, has lost four of his past five fights, all against welterweight contenders. Dos Anjos, 36, held the UFC lightweight title in 2015 and 2016. He has vowed to get there again during this latest run at 155 pounds.

In the co-main event Saturday, Abdul Razak Alhassan meets Khaos Williams in a welterweight bout. Alhassan (10-2) dropped his last bout to Mounir Lazzez in July, snapping a three-fight winning streak. Williams (10-1) has won seven straight, including a 27-second knockout in his UFC debut against Alex Morono at UFC 247 in February.