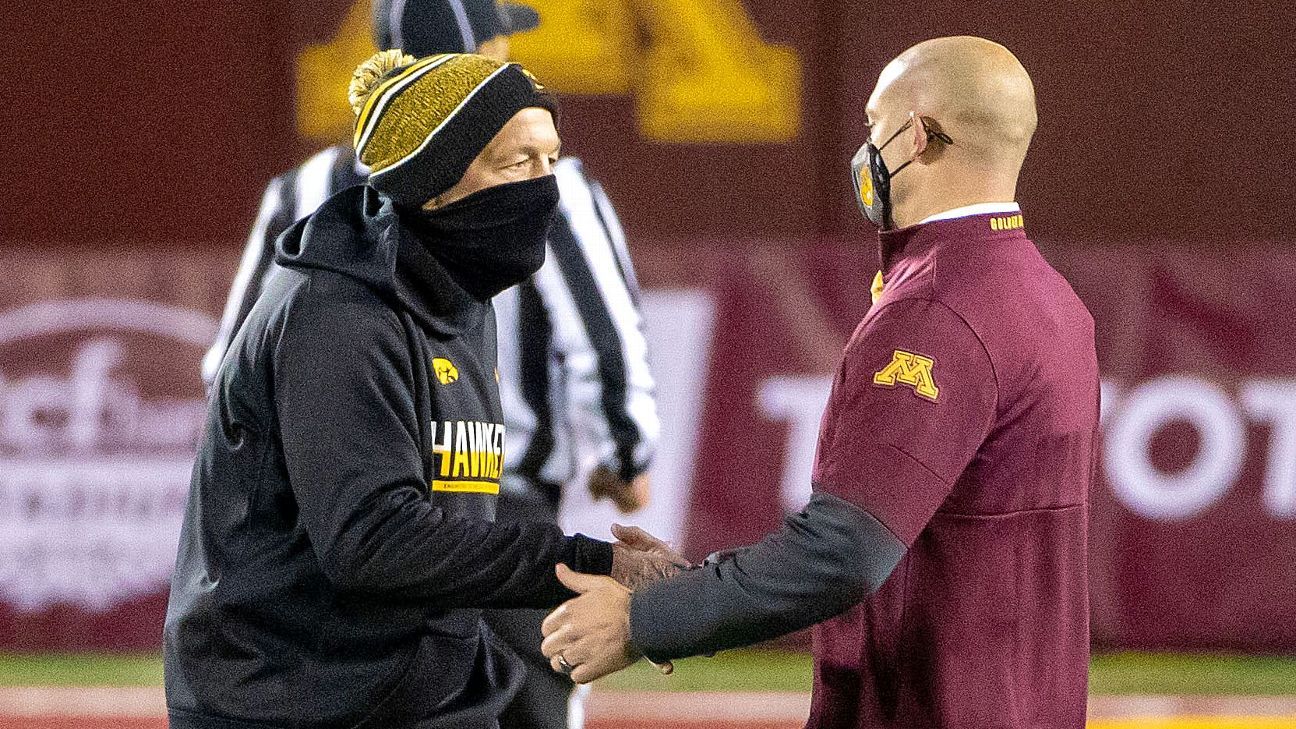 Iowa coach Kirk Ferentz has been accused of leaving timeouts on the table in games. He wasn’t going to let that happen Friday night against rival Minnesota.

Ferentz used all three of his timeouts with Iowa up 35-0 and 19 seconds remaining at frigid TCF Bank Stadium in Minneapolis. Minnesota, which had left many of its starters in to try to score and avoid a shutout, was first to call timeout after reaching Iowa’s 4-yard line. Iowa then proceeded to use all three of its timeouts.

Minnesota scored on the next play, a 4-yard pass from Tanner Morgan to Rashod Bateman, but Iowa prevailed 35-7 to retain the Floyd of Rosedale trophy.

“They called a timeout, I guess, to get a look at what we were doing and reconsider,” Ferentz said. “So we just wanted to make sure we got a good look at what they were doing. No sense in taking them on the bus with us. [The media] have reminded me of that a couple times over the last 22 years.

“Figured we’d take Floyd with us and leave the timeouts here.”

“They called three timeouts, I don’t know,” Fleck said. “I have no idea what happened.”

Iowa retained Floyd with its sixth consecutive victory against Minnesota, the Hawkeyes’ longest-ever streak in a series that started in 1891. The Hawkeyes’ social media team celebrated the win by mocking Fleck’s “Row the Boat” motto.