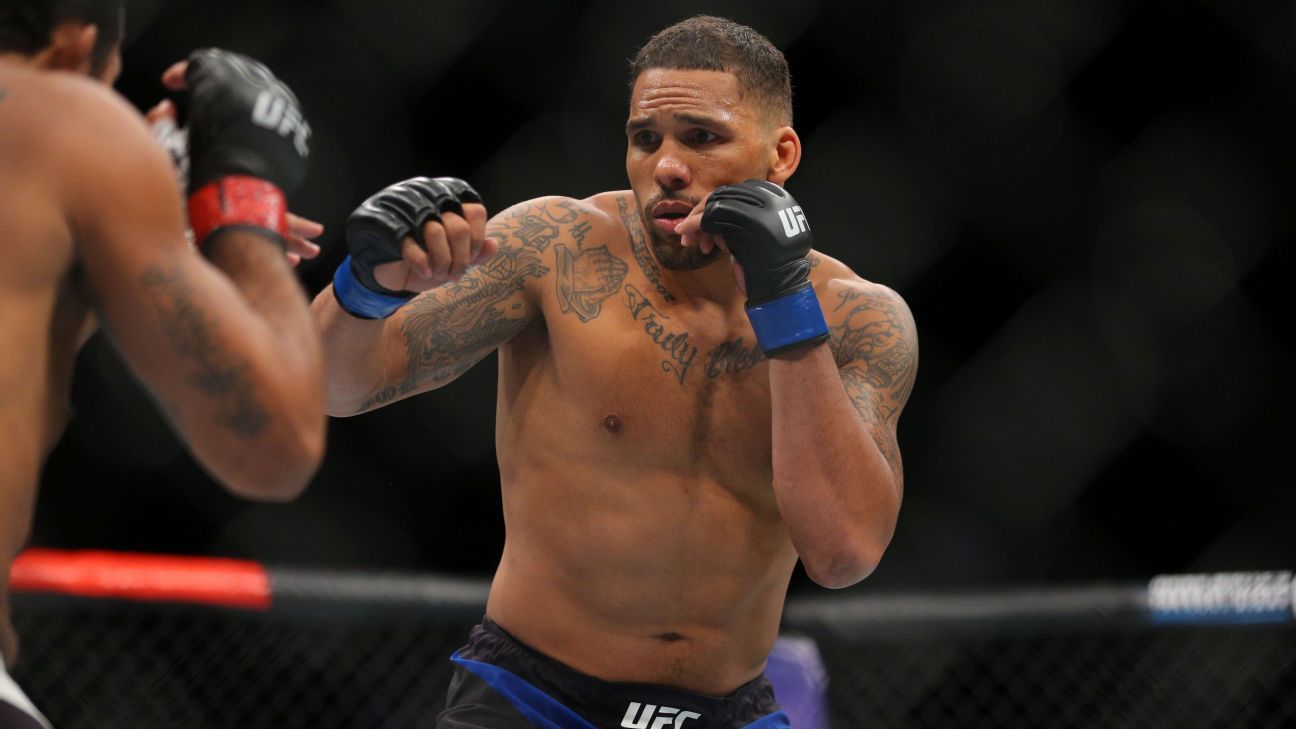 The UFC is down a fight on Saturday’s card.

Eryk Anders is out of a scheduled bout against Antonio Arroyo at UFC Fight Night: Felder vs. dos Anjos in Las Vegas, Anders announced on social media.

Anders wrote that his withdrawal is “due to issues concerned with my health.” The UFC middleweight missed weight by 1.5 pounds Friday morning, coming in at 187.5 pounds.

“I am recovering and look forward to getting back to action ASAP,” Anders wrote on Twitter.

Anders (13-5) had a two-fight winning streak snapped in his last bout, a loss to Krzysztof Jotko in May. The 33-year-old Alabama resident is a former football player at the University of Alabama.

Arroyo (9-3) was expecting to make his return after a year layoff. The 31-year-old Brazilian’s initial opponent, Andreas Michailidis, Saturday also withdrew and Anders was the replacement foe.