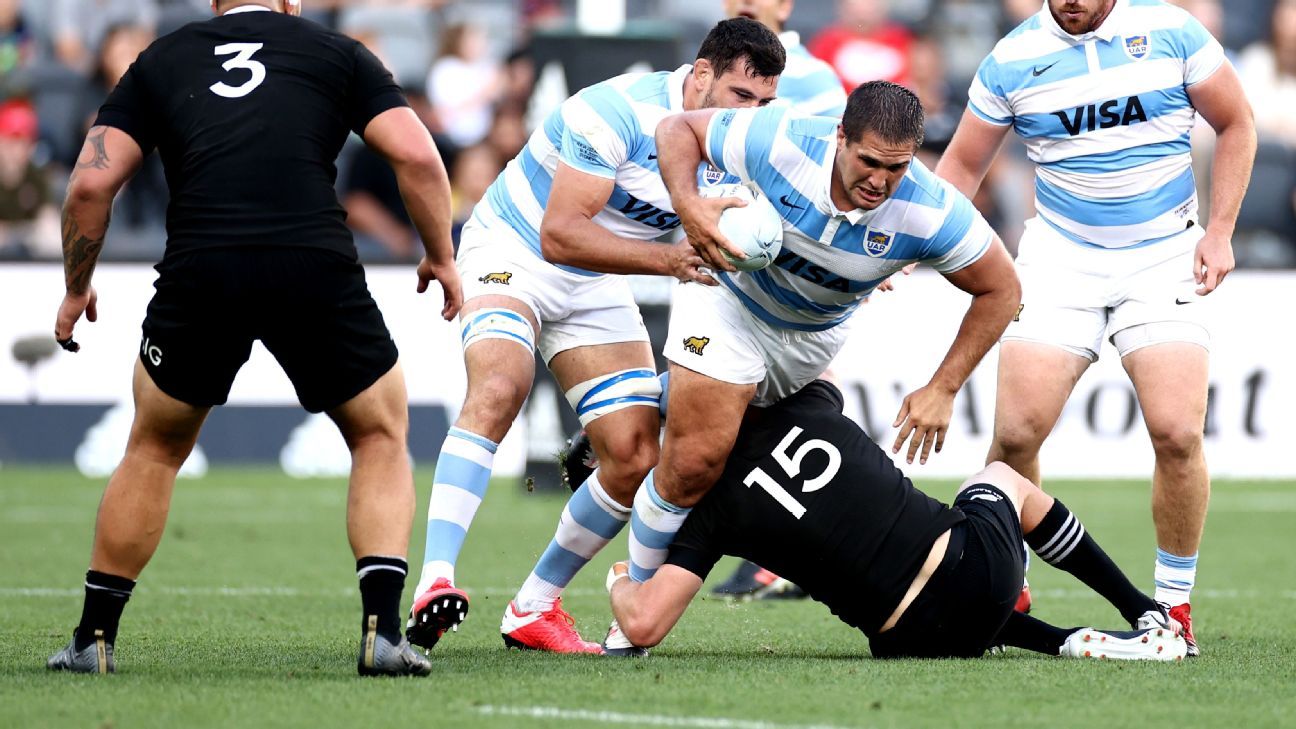 In a famous victory that will go down in rugby history, Argentina defeated the All Blacks 25-15 for the first time in 30 years and sunk New Zealand to their first back-to-back defeats since 2011.

The tears from players and coach Mario Ledesma and the celebrations on the pitch and within the crowd demonstrated just how important this win was for a side that has faced so much adversity to even take to the field.

The passion and composure from Argentina was spectacular, while the All Blacks looked frazzled and toothless.

Read on for the best reaction from the Pumas and the All Blacks.

Matera in tears post-match speaking on how important the win was for his team and his country: “This is a big day for Argentina, for our country and our people.

“it’s very tough down there at the moment. I knew it was tough for us to come here and prepare ourselves for this tournament.

“We just wanted to show our people if you work hard with a lot of determination you can get things done.

“So, we are really proud of this team and our country.”

The Pumas were overwhelmed with emotion as the reality of getting their FIRST EVER WIN over the All Blacks sunk in 🙌 #TriNations highlights brought to you by @4PinesBeer 🍻#NZLvARG pic.twitter.com/RED1VnZgsl

Facing the waiting media post-match, Ian Foster spoke of “bitter disappointment” and the passion the Pumas brought to the clash.

“From an All Black view we’re bitterly disappointed with the result, the way we played but I think what happened in the game was a team that everyone said their disadvantage was they hadn’t played a lot of rugby … but they’ve come in here with massive energy.

“I think probably a massive desire to prove something for their country who have gone through a heck of a hard time.

“I want to congratulate them on the result. It’s a bit of a historic day for them and whilst it’s deeply disappointing for us, it’s massively exciting for them.”

Speaking to Sky News reporters, Foster acknowledged the poor discipline the All Blacks have displayed over the last two weeks.

“In that first 40 they played with all the passion we expected them to have. They were accurate, and they forced us into being ill-disciplined again which is frustrating.

“It’s something we’ve got to look at. I guess for a country that’s had no rugby all year, they had a big cause to play for and you could see that in the way they went about their work.”

Ledesma struggled to hold back his emotions when speaking to Sky News after the match.

“Unreal, unreal – surreal. After everything that happened this year.

“If I tell you what this means I won’t be able to talk. The guys work so hard in these conditions.”

Asked if the win over the All Blacks was the best he’d been a part of: “As a coach the best one because from everything we lived and experienced and the whole emotional journey that we’ve been through. Definitely number one win.

“For us and for everyone, I think we’ll remember this for a long time coming. Not only because of the game, but also the special situation that got us to the game.

“I guess somebody will write a book about it.”

On Argentina’s emotion during the match and in the crowd at fulltime.

“That was crazy. But they just showed themselves as they are, the players are like that and Argentinian people is like that.

“I think that throughout a long time we were copying what others were doing and we’re different. We’re really proud of being different. I am emotional.”

Asked how the team conditioned themselves for a full 80 minutes despite spending up to a month in hotel quarantine, Matera responded: “You don’t want to know.”