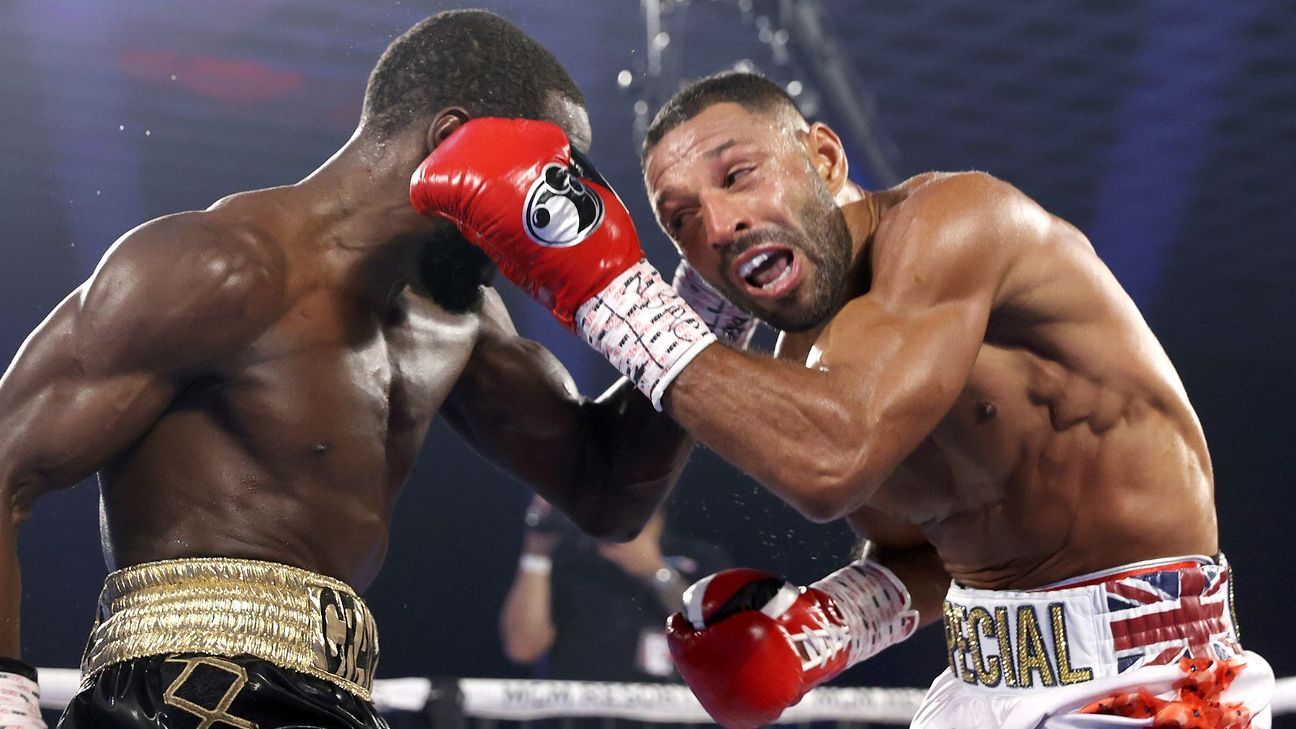 After 11 months out of action, Terence Crawford once again proved why he’s very much in the conversation as the No. 1 pound-for-pound boxer in the world on Saturday, as he scored a TKO victory over Kell Brook in the fourth round of his WBO welterweight title defense. Crawford entered the fight as a heavy favorite but was down on two of the three judges’ scorecards entering the fourth round (28-29, 28-29, 29-28).

He caught Brook with a big punch early in the fourth and sent him stumbling into the ropes. Brook recovered during the referee’s count, but it didn’t last much longer than that. Crawford finished Brook moments later with another flurry of punches, forcing the referee to step in and stop the fight.

As Crawford remained undefeated, boxers, athletes and others took to social media in reaction to the victory and to ask for the fight boxing fans have hoped for the past few years: a bout with Errol Spence.

My bad 4 Rounds🥴 TOO EZ😤😤 @terencecrawford

Just like that!!!!! Crawford adjusts like no one else. The slow start with him means NOTHING. Wow. The man is legit. #boxing

And he does it again @tbudcrawford ! Congrats!!

These welterweights don’t want it B. Crawford is real. #CrawfordBrook

I got plenty to say!! Check out @ThePorterWayPod this coming Tuesday! We’ll recap this chess match turned slaughtering! #CrawfordBrook #TPWP

Arum said Crawford could’ve competed with the great welterweights of the past with the likes of Ray Leonard, Hearns era. Bold statement. I think I might agree.

Bud is a bad man, a lot quicker than I expected! #CrawfordVsBrook

And he does it again! Man, Crawford picked it up and….. pic.twitter.com/2f0rpi8B7r

Will we ever get Spence-Crawford❓