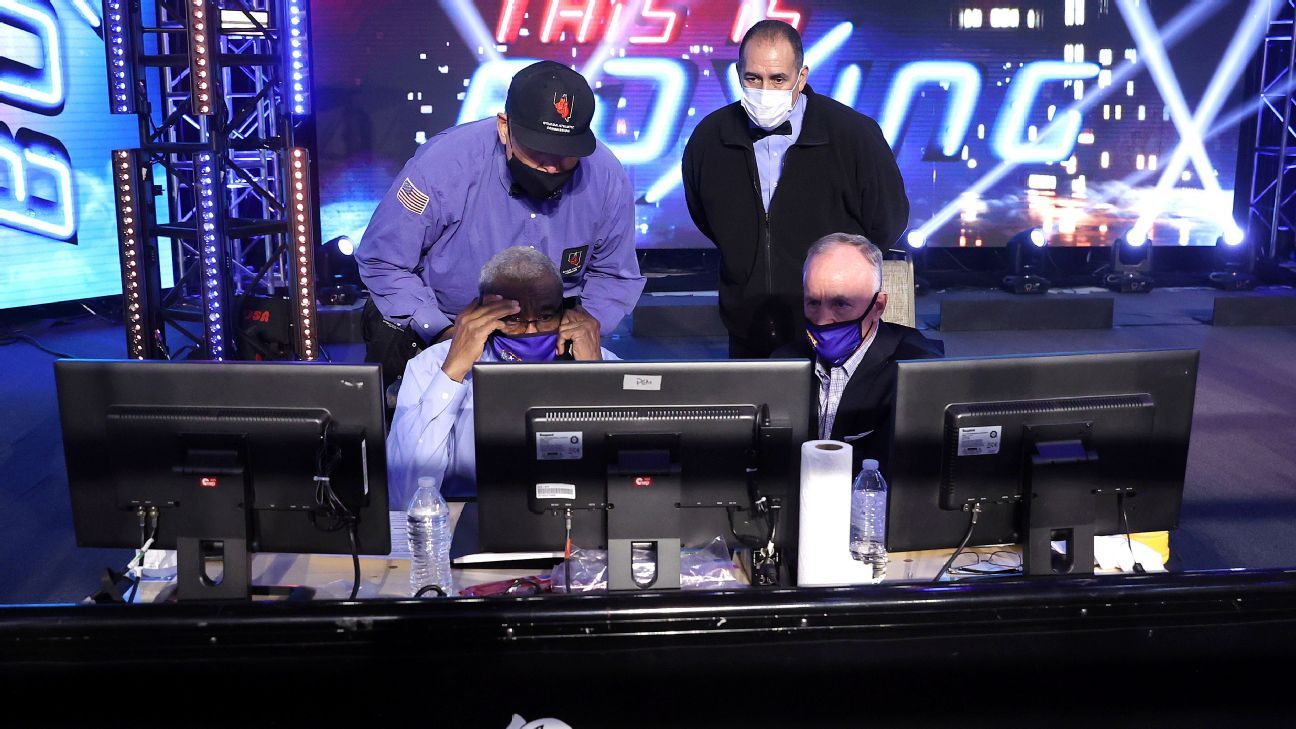 LAS VEGAS — Former WBA super flyweight champion Andrew Moloney went from a dream scenario to an absolute nightmare on Saturday night, as his bid to reclaim his title against Joshua Franco resulted in a no-contest.

Moloney (21-1, 14 KOs), who surrendered the title to Franco (17-1-2, 8 KOs) in a 12-round bout in June, leapt onto the ropes in celebration inside the MGM, when ringside physicians stopped the bout after the second round due to swelling around Franco’s right eye. Referee Russell Mora declared the result a no-contest, however, stating the injury was caused by an accidental head-butt.

Controversy ensued, as the Nevada State Athletic Commission consulted instant replay, which has been approved in the state for years. After a review that took more than 20 minutes, the NSAC declared the result would hold as a no-contest, prompting Moloney to angrily exit the ring and an immediate protest from Top Rank president Bob Arum.

Arum was so incensed by the decision, he and NSAC executive director Bob Bennett exchanged harsh words ringside moments later. The two were quickly separated. Moloney and members of Franco’s team continued to yell at one another across the MGM ballroom, as Moloney was preparing to speak to media.

“In our instant replay rules, they clearly state in the third paragraph that unless there is clear and conclusive evidence that a foul did take place, unless we are 100% sure, the referee’s ruling stands,” Bennett said.

While the cause of the swollen eye became the source of debate, Moloney’s early success in the fight was not. According to Compubox, Moloney threw 218 punches in just two rounds, connecting on 51 of them. Franco threw 78 and landed only 18.

The exchange in question occurred in the first round. Mora ruled there was an accidental head-butt, which ultimately led to the no-contest. By the second round, Franco’s right eye had swollen completely shut, and Moloney was targeting it heavily with the left hook.

“This is an absolute disgrace,” Arum said. “There was no head-butt. Andrew Moloney should be the new champion.”

Moloney, who fights out of Australia, had success early in his first meeting against Franco in June, which also took place within Top Rank’s Las Vegas bubble, but struggled through the later rounds. Judges ultimately awarded the bout to Franco via scores of 115-112, 114-113 and 114-113.