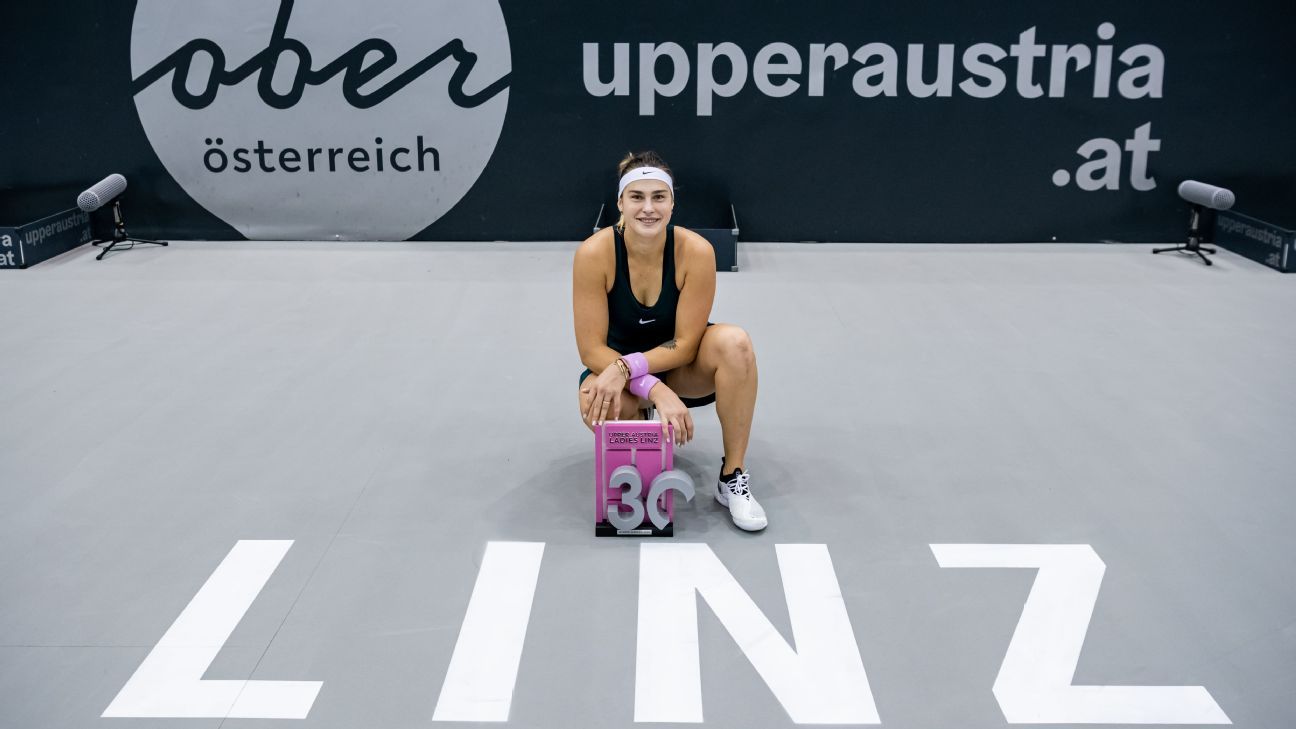 The 11th-ranked Sabalenka from Belarus joined Simona Halep as the only players with three tournament wins in the shortened 2020 season.

Sabalenka also won the previous event, in Ostrava, matching her achievement from last year when she finished the season winning back-to-back titles.

Sabalenka and Mertens became doubles partners in the spring of 2019 and won the U.S. Open together a few months later.