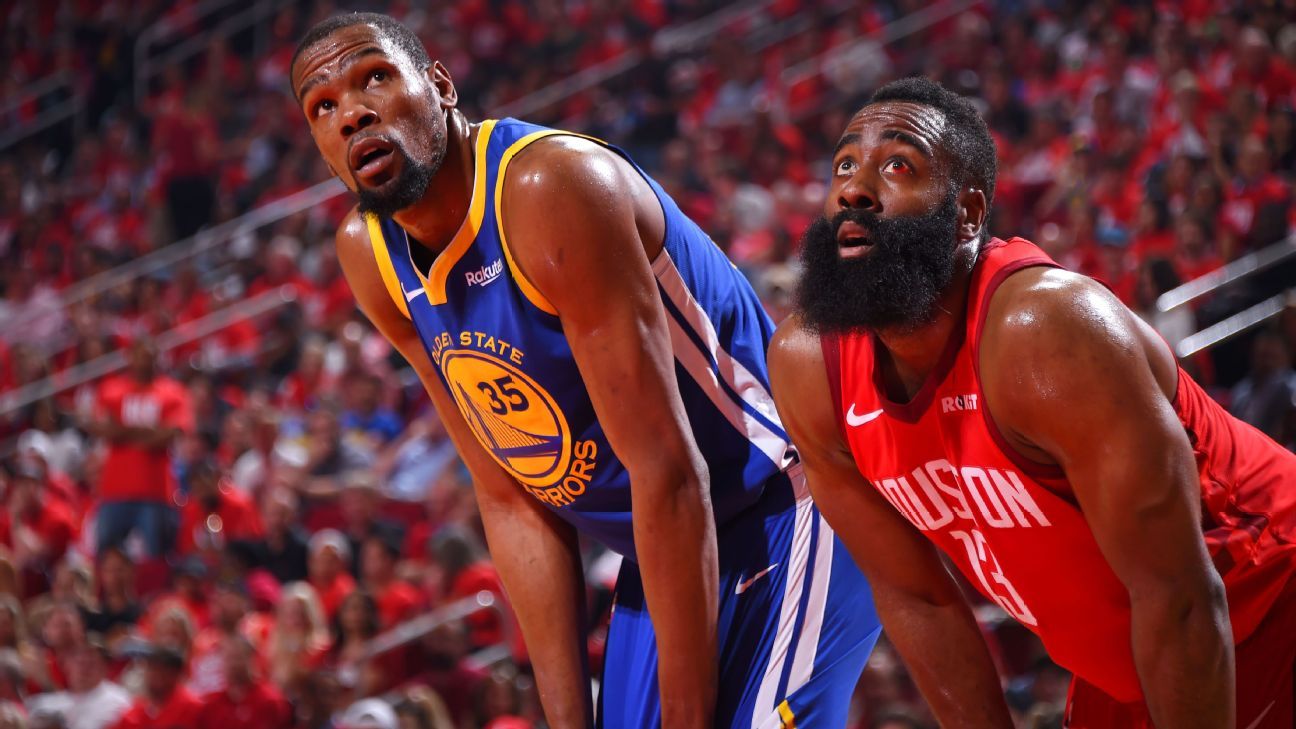 As Houston Rockets star James Harden considers his uncertain future with the franchise, the Brooklyn Nets are rising to the top of his list as a possible trade destination, sources told ESPN.

The idea of joining Kevin Durant and Kyrie Irving in Brooklyn is resonating with Harden, sources said.

Durant and Harden — past teammates with the Oklahoma City Thunder — have recently discussed the possibility, but there have yet to be trade discussions between the two front offices.

Harden has been increasingly uneasy about the Rockets’ ability to compete for an NBA title and has been considering the possibility of pushing to play elsewhere before his contract expires, sources said.

The Nets are believed to be considering the viability of a deal for Harden, but it is unclear how far the franchise would go in delivering Houston the assets it might require in return.

Houston Rockets GM Rafael Stone has consistently been telling teams that the Rockets plan to “run it back” with Harden this season, sources said. The Rockets have seemed inclined to listen to offers on Harden, sources said, although that’s customary for most teams about most players in the league.

If the Rockets did decide to engage in trade talks on Harden, they’ve privately made it clear that they would require a monstrous return of players, draft picks and pick swaps. The Nets have two borderline All-Star guards on the roster — Caris LeVert and Spencer Dinwiddie — and several more intriguing young players.

The idea of playing together again came up during Harden and Durant’s offseason workouts together in Los Angeles. Sources said the players talked openly about whether the combination could work and how a trade facilitating it could work.

Durant was selected No. 2 overall in the 2007 NBA draft and became the building block of the Thunder team that advanced to the 2012 NBA Finals. Russell Westbrook and Harden were drafted in subsequent drafts, but as their talents grew, it became impossible for the small-market Thunder to sign all three to maximum contract extensions. Harden was traded to Houston in 2013.

Harden, 31, has been an All-Star in all eight seasons since arriving in Houston, winning MVP in 2017-18 and finishing among the top three in voting four other times in the past six years, and claiming the NBA’s past three scoring titles. He is owed $131.5 million over the three seasons remaining on his maximum contract, including a $46.9 million player option in 2022-23.

The Rockets have been actively searching for trade partners for Westbrook, but that marketplace is proving relatively barren, sources said. Westbrook, 32, has three years and $131.5 million left on his contract — including a $46.7 million player option in 2022-23.

He won the 2016-17 MVP and made his ninth All-Star appearance last season, which ended with Westbrook playing through rust and injury after rushing back from a strained right quadriceps during the first round of the playoffs.