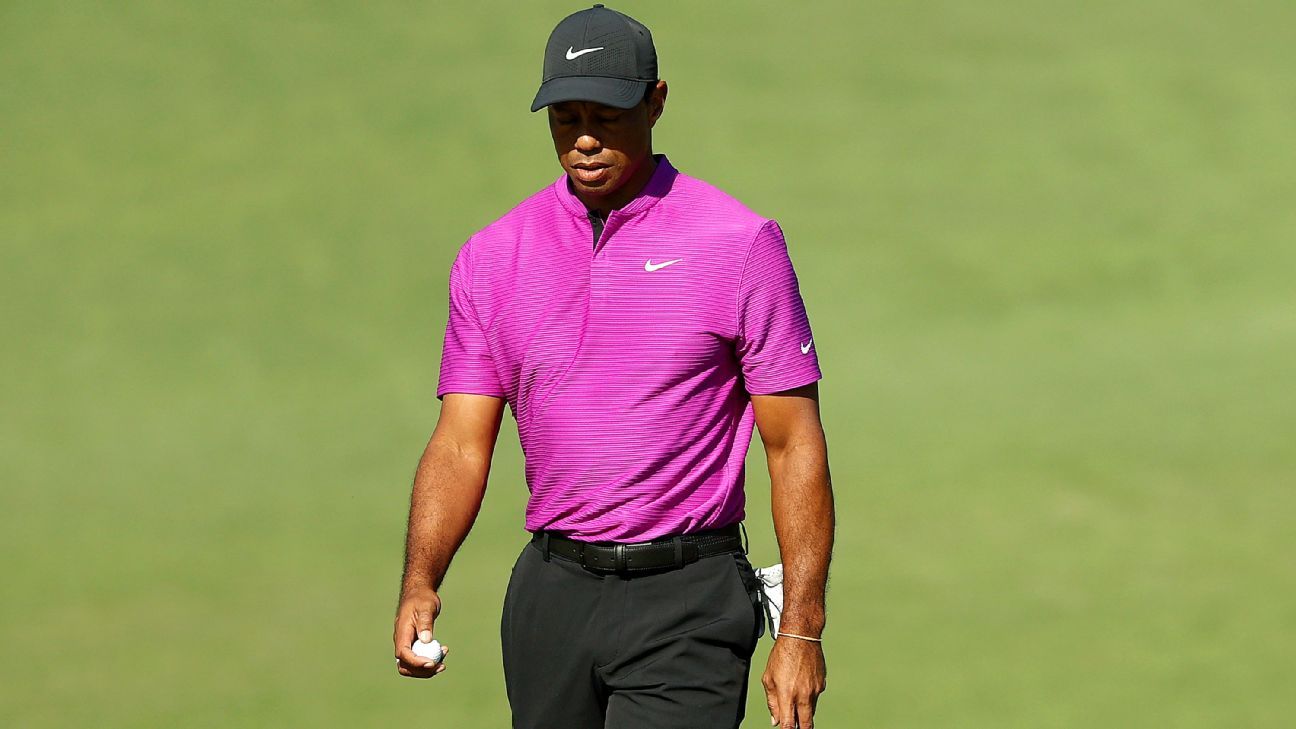 AUGUSTA, Ga. — Tiger Woods has not yet come to terms with the idea that the green jacket he won 19 months ago will be staying at Augusta National when he leaves the grounds on Sunday.

But it has been in the back of his mind all week, knowing that as his title defense loomed at the Masters, the possibility that the signature item for winning this major championship might stay put in his locker here.

His even-par 72 in the third round — after playing eight holes to complete the second round on Saturday morning — knocked him out of contention. A 4-shot deficit turned to 11 shots as the five-time Masters champion was simply unable to make much happen.

Woods said that attending and speaking at the Champions Dinner on Tuesday was an emotional experience for him, likely knowing the difficulty of defending his title this week after a year of lackluster performances.

“I have not thought about tomorrow yet,” said Woods, who managed just two birdies and two bogeys after beginning the third round just 4 shots off the lead. “I was focused on trying to get myself in contention going into tomorrow. … We’ll see how emotional it’ll be after tomorrow’s round.”

Woods will be putting the green coat on someone else after another early tee time on Sunday.

That didn’t help him much Saturday, as the restart of the second round began at 7:30 a.m. in cool, moist conditions. Woods managed a single birdie to finish the second round with a 71 and was 4 back of five co-leaders.

But those cool temperatures and a quick break in between rounds did Woods’ back no favors. Now 3½ years removed from spinal fusion surgery, Woods at times has issues with back stiffness, and it was apparent during the third round, as several times he winced after tee shots and gingerly bent over to pick up his tee or mark his ball on the greens.

“It’s just part of the deal,” Woods said. “If you have long days like this, I’m going to be a little bit sore, which I definitely am. … I can walk all day. The hard part is bending and twisting. I think that’s part of the game, though, and so that’s always been the challenge with my back issues and I guess will always continue to be.”

This is just Woods’ ninth tournament of 2020 and seventh since the coronavirus pandemic shut down the sport for three months. In that span since June, Woods’ best finish is a tie for 37th at the PGA Championship. He has not been in contention during any final round and has seen his world ranking slip from sixth to 33rd.