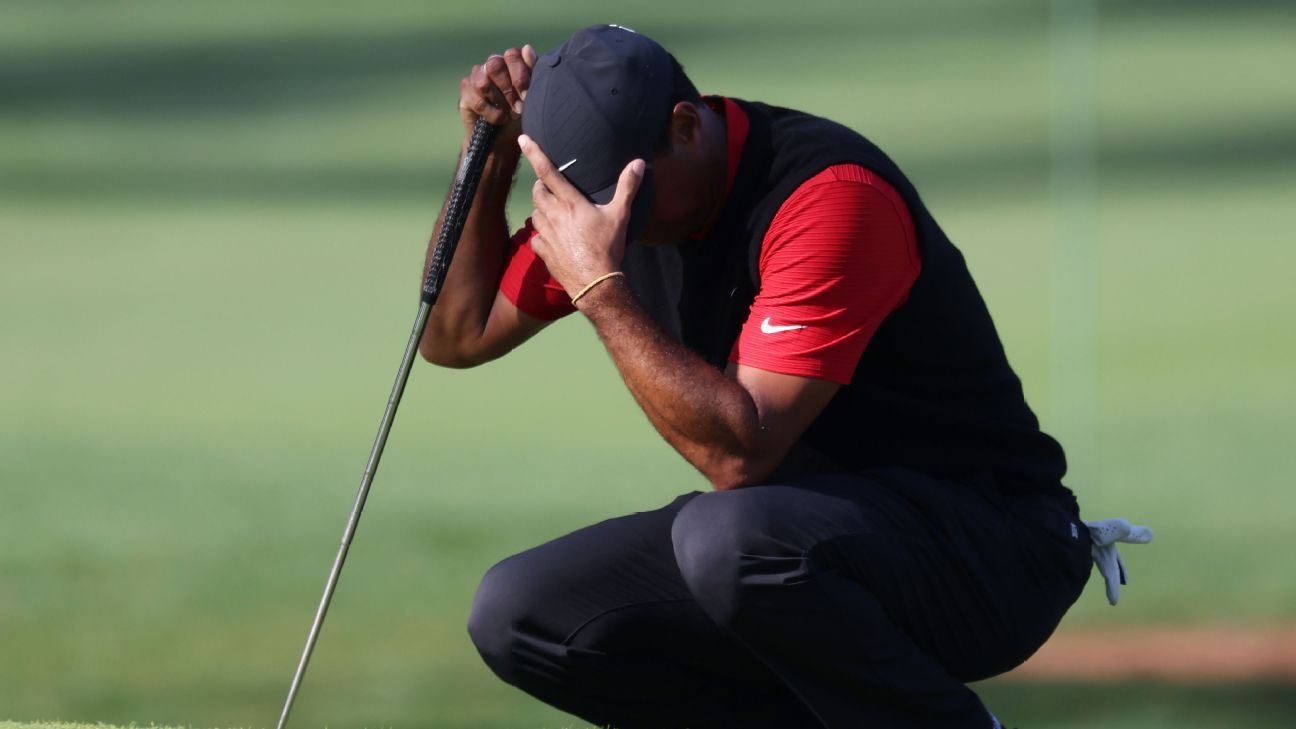 AUGUSTA, Ga. — After Tiger Woods made his worst score ever on a hole in his professional career — a 10 at Augusta National’s par-3 12th hole during the final round of the Masters — his longtime caddie, Joe LaCava, took the big-picture view of the situation.

That 3 during the final round of the 2019 Masters was the turning point of the day, as Woods overcame a 2-shot deficit and went on to win his fifth Masters.

Woods, 44, was well out of contention when he reached the 12th on Sunday, but what happened over the ensuing minutes — hitting three balls in Rae’s Creek — was shocking nonetheless.

Fooled by the wind, Woods said, his 8-iron tee shot hit on the green but spun back into the water.

Then, after a penalty drop, and playing from behind Rae’s Creek and 70 yards from the pin, Woods hit another shot that hit on the green and came back into the water. After another drop, his fifth shot went over the green into the back right bunker.

Facing an awkward stance for his sixth shot, Woods bladed the ball out of the sand and saw it skitter across the green and into the water. He took a penalty drop in the sand and got his eighth shot onto the green, then two-putted for a 10.

It’s the only double-digit score of his pro career and exceeded his previous career-worst 9 that he made on the third hole of Muirfield Village Golf Club during the 1997 Memorial.

Woods’ previous highest score at the Masters was an 8 twice, both on par-5s — the 15th hole of the second round in 2013 and the eighth hole of the first round in 1999.

“From there, I hit a lot more shots and had a lot more experiences there in Rae’s Creek.”

In 89 previous Masters rounds, Woods had made worse than a bogey just three times — two double bogeys and a triple.

At the time, Woods was 9 over par for his round and in danger of shooting his worst round at Augusta National. Then he put together his best six-hole stretch of the week, birdieing five of the remaining holes, including his last four. That included birdies at the 17th and 18th holes, only the second and third birdies he made all week on par-4s.

Woods finished with a 76, one better than his worst score of 77 shot during the third round of the 1995 Masters, when he was 19 years old and playing the event for the first time.

“That’s part of our sport,” he said. “This sport is awfully lonely sometimes. You have to fight it. No one is going to bring you off the mound or call in a sub. You have to fight through it. That’s what makes this game so unique and so difficult mentally. We’ve all been there, unfortunately. I’ve been there and you just have to figure out the next shot, and I was able to do that coming home.”

Woods shot scores of 68-71-72 and 76 to finish in a tie for 38th, one spot off his best in seven starts since returning from the pandemic shutdown. He tied for 37th at the PGA Championship.

For Woods, it was mostly a lost year. He tied for ninth at the Farmers Insurance Open in January, then had a poor performance three weeks later at the Genesis Invitational, where he finished last among those who made the cut. Woods was suffering from back stiffness and ended up not making another start prior to the shutdown.

The rest of the year saw a mixture of what Woods had this week — plenty of good play, but inconsistency and the inability to put four good rounds together.

The plan now is to take time off. Unlike last year, when Woods had a busy December with the Hero World Challenge and then the Presidents Cup, there will be no more tournaments for him. He is not expected to return until late January at the Farmers Insurance Open.

By then, he will be 45 years old. But at least the next Masters will be only a few months away.