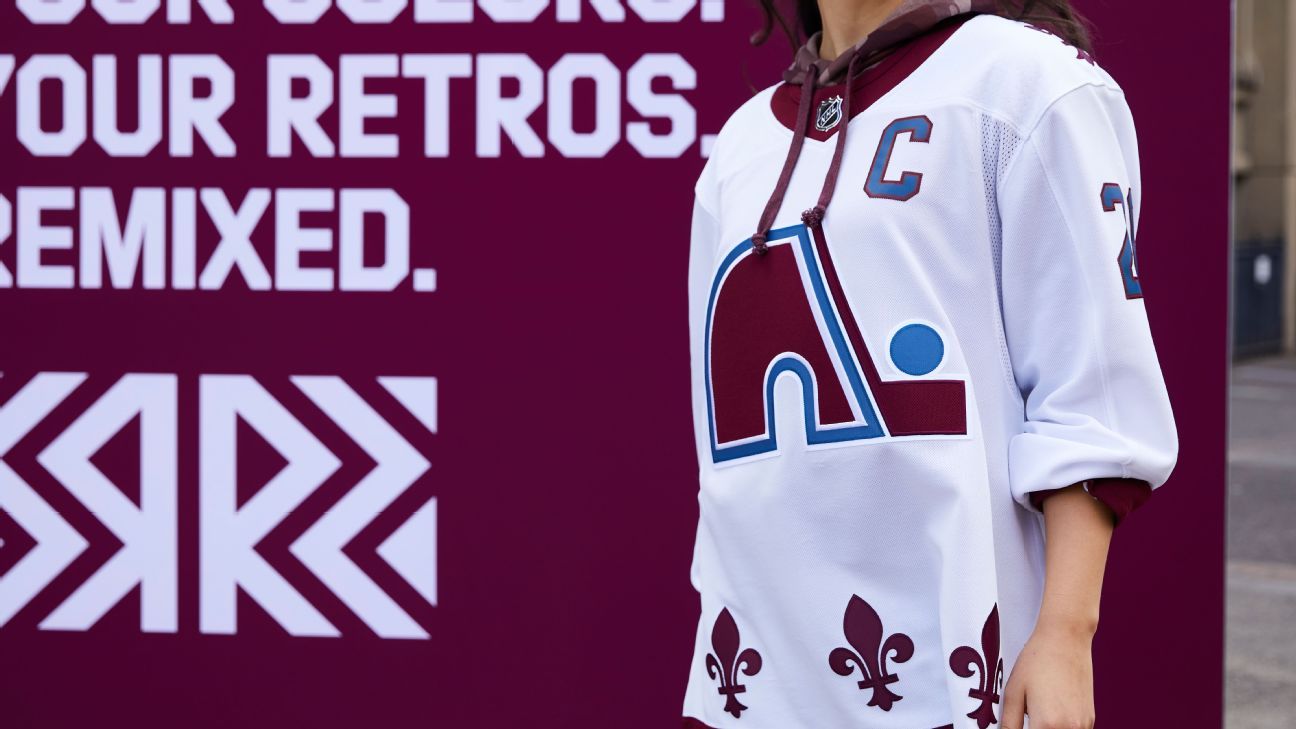 The Colorado Avalanche will wear a Nordiques logo on their jerseys this season for the first time since relocating from Quebec City in 1995.

The jerseys are part of a “Reverse Retro” collection from Adidas Hockey, where classic sweaters are given a modern twist. In the case of the Avalanche, the Nordiques’ igloo logo is recreated in Colorado’s burgundy and blue, while the fleurs-de-lis that run around the torso of the white jersey are in burgundy.

The “Reverse Retro” jerseys will be worn a limited number of times during the upcoming season only, and are “while supplies last” when it comes to retail sales. They go on sale at the NHL’s official online retail outlets on Dec. 1.

“The team was pretty receptive to this concept up front,” said Dan Near, senior director at Adidas Hockey, adding with a laugh, “It wasn’t the only idea, but it might have been the only one we showed them, because we wanted it so bad.”

The Avalanche were instantly supportive of the sweater because “it’s not a retro jersey, it’s a new evolution,” according to Declan Bolger, senior vice president at Avalanche owner Kroenke Sports & Entertainment.

“There’s intrigue about it from our fans, and we think it’ll play well because it’s a part of our history and our brand. And it’s both looking back and looking forward at the same time,” he said.

The Avalanche had tried to keep a connection with its former home through the years. They’ve played exhibition games in Quebec City and have supported youth tournaments there. Colorado general manager Joe Sakic was a superstar for the Nordiques before moving with the team to Denver.

Quebec City has been without an NHL team since the Nordiques relocated to Denver in 1995, when owner Marcel Aubut sold the team after failing to secure a governmental bailout and a new arena for the franchise. The city has sought a new NHL team ever since. It helped fund Videotron Centre, a new arena that opened in 2015. Fans in Nordiques jerseys held demonstrations in a dozen NHL arenas. Quebec City submitted a bid for an NHL expansion team but was passed over when Las Vegas was given one in 2016.

Near said Adidas Hockey explored the impact of resurrecting the Nordiques logo with the franchise that left Quebec City.

“We talked a lot to the Montreal Canadiens, and they believe that the enthusiasm will be incredible. We do have some market information, as far as demand and enthusiasm. There are definitely people out there who believe that the Colorado jersey will be very popular north of the border. I don’t know if I can source that to the province of Quebec. Intuitively I would, but I don’t have the data to prove that,” he said.

Daniel Blanchet, a Nordiques fan who followed the team after its move to Colorado, wasn’t sure about the Avalanche wearing an original Nordiques sweater but is enthusiastic about the remixed jersey. He wasn’t sure how the majority of Quebec fandom will receive it.

“It isn’t unanimous. Some will say the logo belongs to Quebec City, others will say it’s a tribute. I see it as a tribute, especially since it’s a mix of old and new,” said Blanchet. “Plus, it can’t harm the [movement] to see the Nordiques back. It will put the spotlight on the good memories and on the great hockey fans in Quebec City who would kill to see the Nords back.”