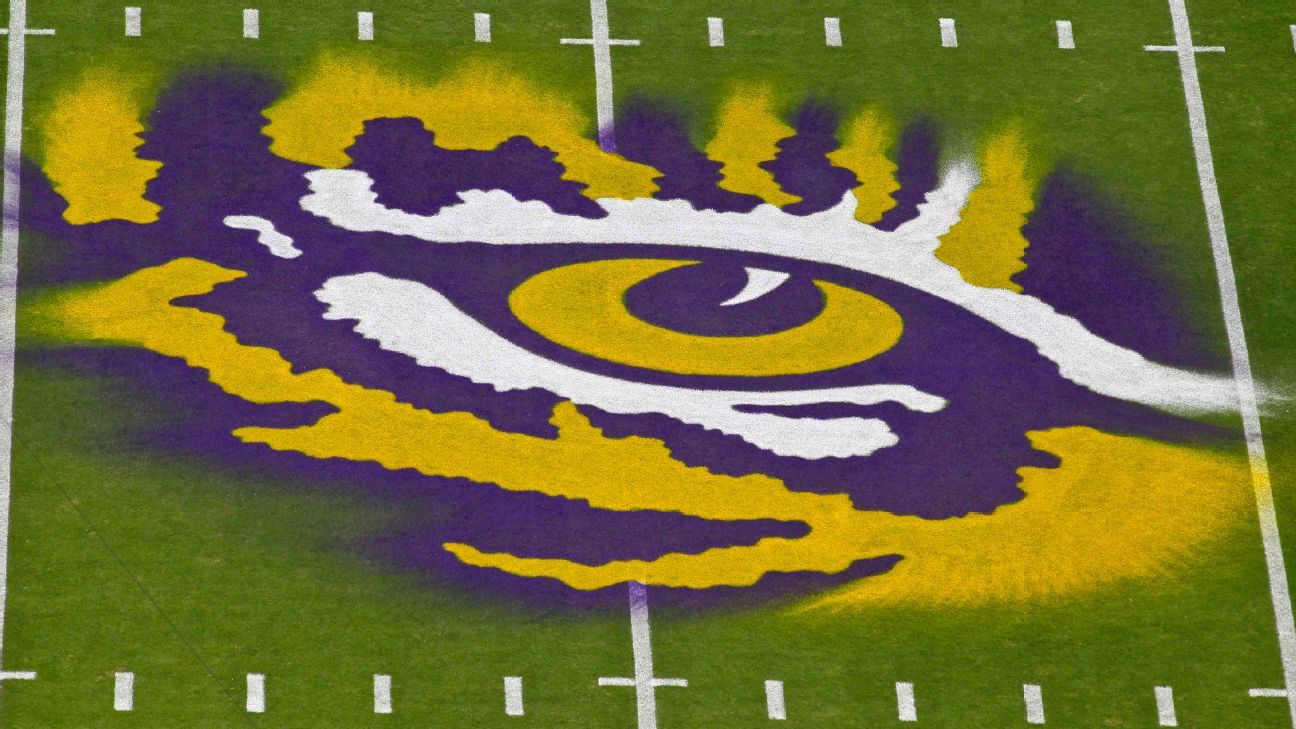 A USA Today report on Monday alleges that several LSU officials had knowledge of sexual assault allegations made against former running back Derrius Guice and other former football players, and either ignored those complaints or denied the victims’ requests for protection.

The report also cites three cases in which football players were found responsible for sexual assault and were allowed to stay on campus, receiving deferred suspensions, which amounts to probation.

The report details assault allegations made against former wide receiver Drake Davis by an LSU tennis player, including the allegation that the victim’s tennis coach, Mike Sell, was informed that Davis had punched the woman in the stomach and did not report the assault to the school or the Title IX coordinator. The report states that LSU “sat on the information for months, while Davis continued to assault and strangle her.”

In 2018, Davis was arrested on second-degree battery charges and was indefinitely suspended by the team. The arrest warrant said that Davis, who enrolled at Southern University last October, was alleged to have committed battery on a woman he was dating on four occasions over the period of roughly 13 months.

“We are unwavering in our commitment to respond promptly to any reports of misconduct, to investigate these reports in a manner that is fair and equitable, to support victims of sexual assault, and to protect the privacy of our students according to the law,” LSU said in a statement. “Putting an end to sexual assault is an institutional priority, and we are constantly working to achieve that goal.”

USA Today reports that at least nine football players, including Guice and Davis, have been reported to police for sexual misconduct and dating violence since Ed Orgeron was promoted to interim head coach in 2016.

Orgeron was later promoted to full-time head coach, and he led the team to a national championship last season.

“We are committed to a culture of safety, equity and accountability for all students and staff. We provide education, training and resources to combat violence, sexual misconduct, and inequality,” Orgeron said in a statement. “When we become aware of accusations, we have an obligation to immediately report every allegation to the University’s Title IX office so that appropriate due process can be implemented.”

USA Today previously reported on allegations made against Guice, who was accused of rape by two former LSU students. Guice was released by the Washington Football Team on Aug. 7 after he was arrested on three separate domestic violence charges in Virginia.

According to the latest report, LSU acknowledged formally disciplining two of the nine athletes accused of sexual misconduct and dating violence: Davis and quarterback Peter Parrish.

Parris was accused of raping a woman outside a bar earlier this year and was suspended indefinitely by LSU. In August, Parrish announced that he’d transferred to Memphis.

LSU attorney Johanna Posada confirmed to USA Today that four athletes were not disciplined, including safety Grant Delpit, who was accused of recording a woman during sex without her knowledge and sharing the video with others, and running back Tae Provens, linebacker Jacob Phillips and tight end Zach Sheffer, who were all accused of rape.

ESPN has reached out to LSU seeking official comment on USA Today’s report.