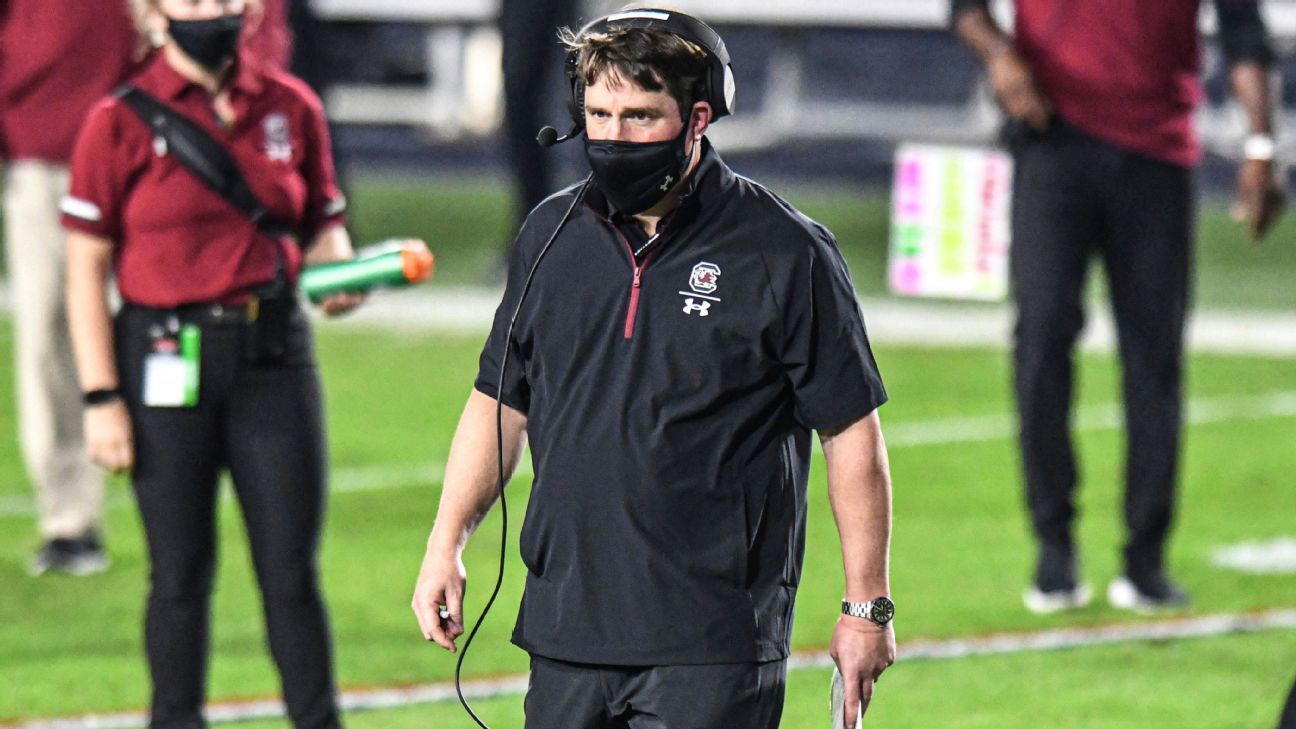 Offensive coordinator Mike Bobo, the former head coach at Colorado State, will serve as the Gamecocks’ interim coach for the remainder of the season.

“After a thorough assessment of our football program, we have decided to make a change with the head football coach,” Tanner said in a statement. “I appreciate all that Will Muschamp has done for our program and wish him and his family the best moving forward. I believe our program will be well served by Coach Bobo as the interim head coach as we search for a new leader for Gamecock Football.”

The move to dismiss Muschamp comes on the heels of South Carolina’s third straight loss, a 59-42 setback to Ole Miss on Saturday. The Gamecocks (2-5) have allowed a total of 159 points during their three-game losing streak and gave up 708 yards of total offense in the loss to Ole Miss.

According to the terms of Muschamp’s contract, his buyout was in the $15 million range if he were to be fired at the end of this season.

South Carolina president Bob Caslen and Tanner informed the players and staff of the coaching change during a meeting Sunday.

“I appreciate everything Coach Muschamp has done for our University. He is a true professional and strong advocate for our student-athletes,” Caslen said. “Under his leadership, our football players excelled in the classroom and served as mentors in the community. Will also brought much-needed stability to the program. However, I believe it is time to move in a different direction.”

The school said in its statement that “a search for a new head football coach will begin immediately.”

Liberty‘s Hugh Freeze, Louisiana‘s Billy Napier and Coastal Carolina‘s Jamey Chadwell are expected to be among the top targets to replace Muschamp, along with Shane Beamer, Oklahoma‘s assistant head coach for the offense, and Clemson offensive coordinator Tony Elliott.

This is the second time Muschamp has been fired from an SEC head-coaching job. He was dismissed by Florida toward the end of the 2014 season and coached the final two games before stepping away. He spent the 2015 season at Auburn as the Tigers‘ defensive coordinator.

Muschamp’s combined head-coaching record at South Carolina and Florida is 56-51. In his second season at Florida in 2012, he was named the SEC’s Co-Coach of the Year along with Texas A&M‘s Kevin Sumlin. Muschamp took over for Urban Meyer at Florida and for Spurrier at South Carolina.