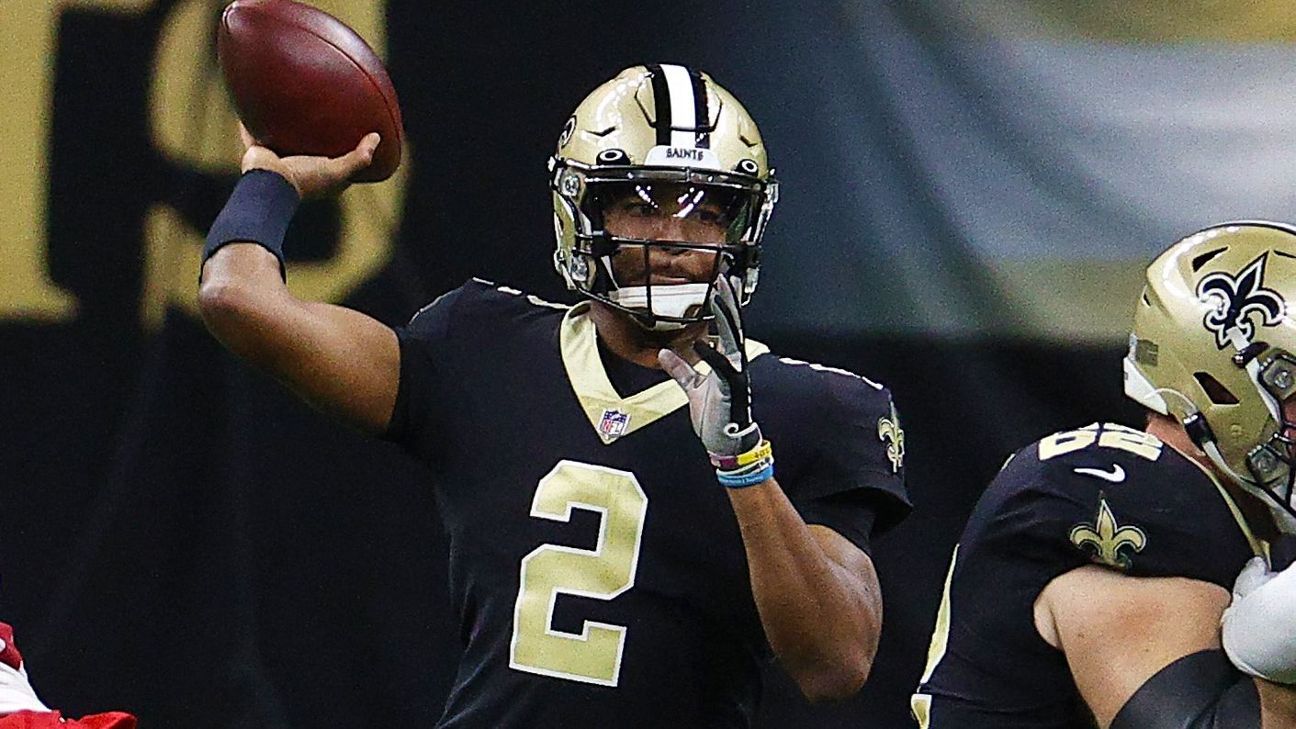 NEW ORLEANS — Jameis Winston replaced Drew Brees as the New Orleans Saints‘ quarterback to start the second half Sunday against the San Francisco 49ers after Brees injured his ribs in the second quarter.

Brees remained suited up on New Orleans’ sideline while Winston was in the game. Brees had been limited in practice over the past two weeks with a right shoulder injury. He was questionable to return.

Brees stayed in the game after absorbing a big hit that led to a personal-foul penalty on 49ers defensive tackle Kentavius Street with 8 minutes, 20 seconds remaining in the second quarter. However, backup Taysom Hill took the next two snaps at quarterback after that play. Brees lined up at receiver on the first one — then went to the sideline for one play to throw and try to get loose.

Brees reentered the game to pitch the ball to running back Alvin Kamara for a 2-yard touchdown. Then he played the next series, completing five passes on another touchdown drive.

Brees, 41, has missed only six games because of injury in his 20-year NFL career — five of them in 2019 because of a torn thumb ligament.