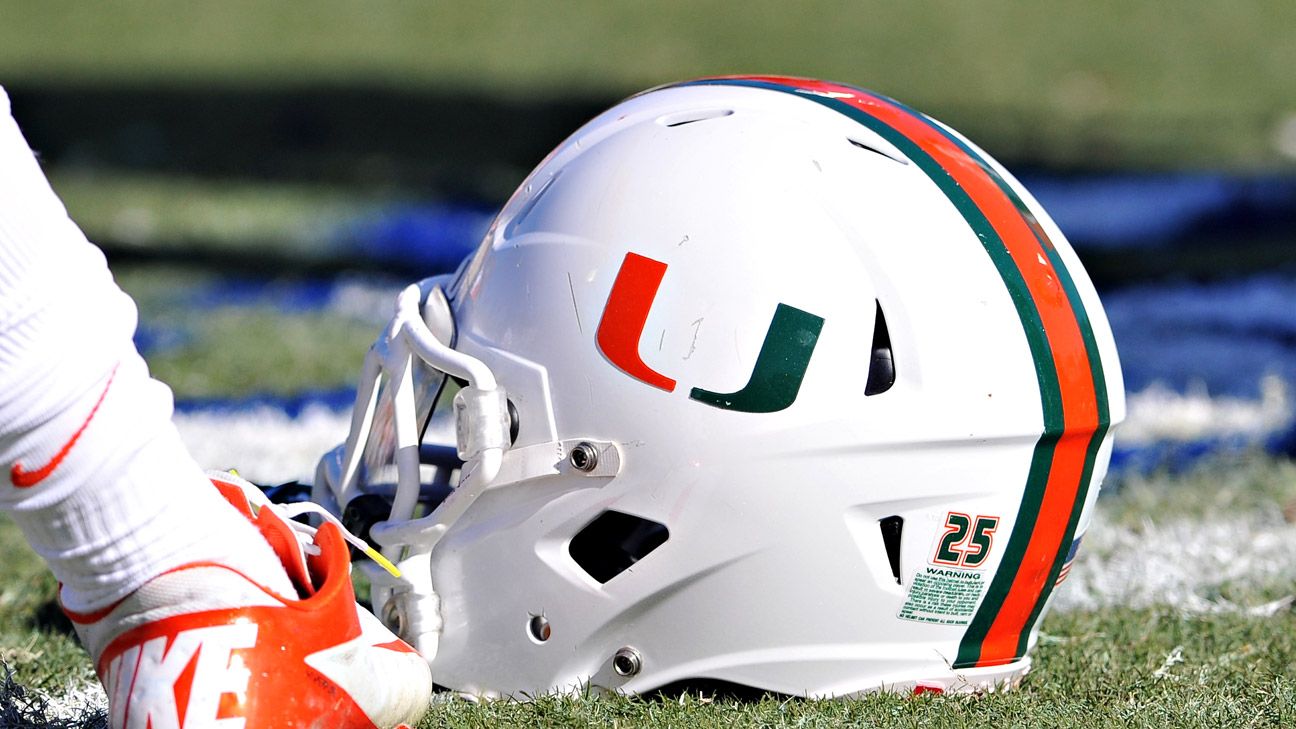 The Miami Hurricanes had their next three games rescheduled as a result of coronavirus issues inside the program, forcing multiple ACC games to be shuffled around as a result, the league announced Monday.

The Hurricanes, who played Virginia Tech last weekend without 13 players and was on the brink of postponing that game, had subsequent positive tests and contact trace quarantines as a result of Sunday’s testing. They will not play the following two weeks.

In adherence with campus protocols, Miami has adjusted football activities this week to socially distanced conditioning to “meet the health and safety needs of the team.”

Their scheduled game against Georgia Tech for this Saturday is now on Dec. 19 — the same day as the ACC championship game. The ACC noted that the game would be played only if Miami is not in the ACC title game, and if the result does not directly impact who plays in the title game.

Their Nov. 28 game at Wake Forest is now scheduled for Dec. 5. And their game against North Carolina on Dec. 5 was moved to Dec. 12.

To accommodate those games, several others had to be moved:

In a phone interview earlier Monday while awaiting the Sunday tests to be confirmed, Hurricanes head coach Manny Diaz told ESPN.com it “looked ominous” for the entire college football season to be played to its conclusion, before adding he was not in the prediction business.

“It’s ominous for sure, but I really feel like the only thing that’s served us well in 2020 is to really try and focus on today and this week and today’s problems and this week’s problems,” Diaz said. “Here’s the weird thing. The way things are going, it seems like December could be really bad, but if we modeled better behavior today, December would be better.”

Diaz also said that among the previous positive cases the team had, they could find no transmission happening inside the football facility. The concern is what happens when players leave the facility, especially as coronavirus cases continue to surge.

“If you graph it, there’s probably a level of safety in terms of what we’ve been doing and then what’s happening is the floodwaters around us are rising,” Diaz said. “That’s what’s happening in the country. I feel like inside our program from all of the positives that we have had, through our contact tracing, it’s been hard for us to find any type of connection of somebody catching it from somebody inside this building or at practice. What it seems like if they aren’t coming down with it, they’re coming down with it when they’re not around us. It makes it a relentless enemy that has to be bested every day.”

That is where all the challenges come in. To be sure, Miami is not unique, as the ACC had previously rescheduled five other league games before Monday. The Hurricanes just happen to be the latest team dealing with the fallout.

“We were on a streak for a long time where we had gone week after week with all negatives, and that is just not easy, because you can’t store up goodwill for your efforts,” Diaz said. “It’s not like if you do really, really well for 20 days in a row then on the 21st day you can do whatever you want to. You’ve got to do it every day and if you don’t do it one day, you potentially expose yourself and then potentially expose others in the program.”