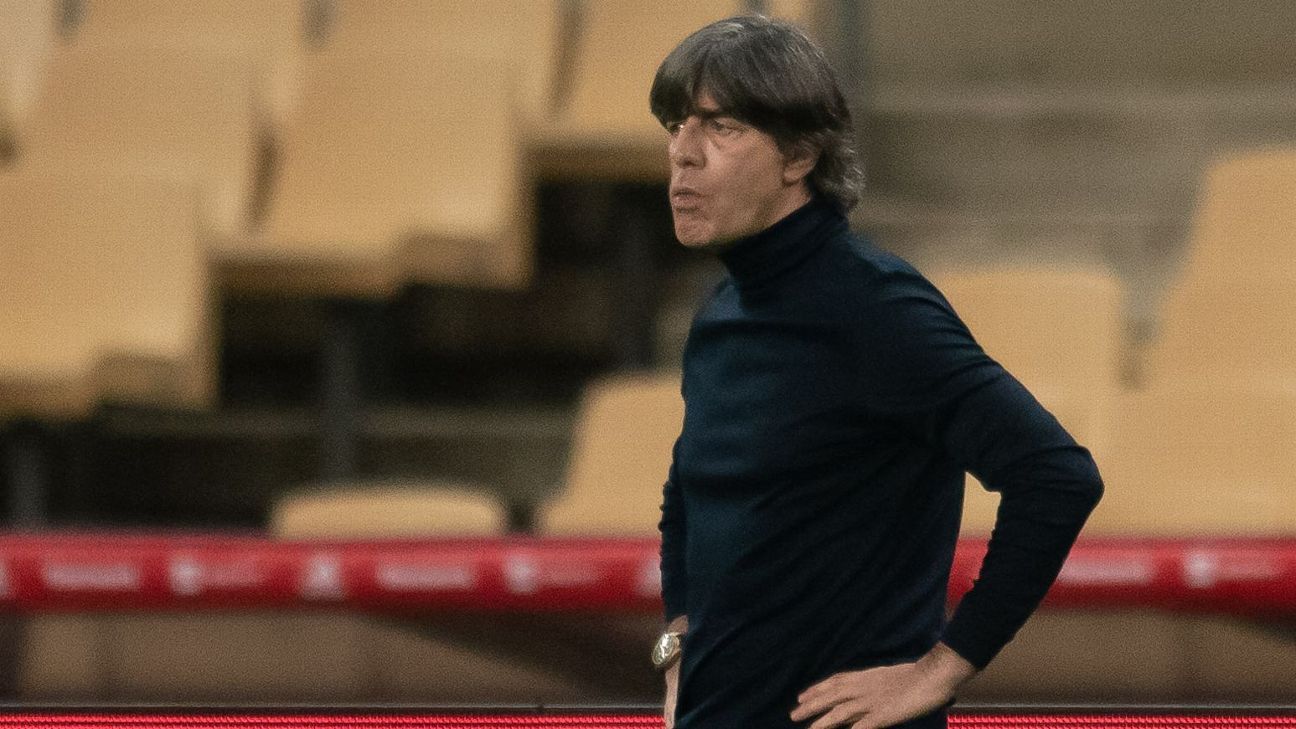 Germany FA chief Oliver Bierhoff compared the way his country lost 6-0 to Spain in the Nations League to the 7-1 drubbing Die Mannschaft laid on Brazil at the 2014 World Cup.

Germany’s only five-goal loss in a competitive game had been West Germany’s 8-3 defeat to Hungary at the 1954 World Cup group stage. West Germany went on to beat Hungary in the final.

Despite Germany’s worst-ever defeat in a competitive match and largest since a 6-0 loss to Austria in a friendly in 1931. Bierhoff backed under-fire manager Joachim Low.

“In 2014, Brazil fell apart on the pitch and it happened to us today. I hope it’s a singular event,” Bierhoff said. “[Low] still has our trust, and the game today changes nothing.”

The general manager’s backing will be much needed for Low, who queried his post-match news conference: “Do I need to worry about my job? That’s for others to answer.”

Germany have been on a decline ever since winning the 2014 World Cup in Brazil where they inflicted a historic defeat on the hosts in the semifinals.

However, despite crashing out in the group stage at the 2018 World Cup and winning only three of their last eight internationals, they went into Tuesday’s decisive game top of League A4 after beating Ukraine 3-1 and a draw would have booked their place in the final four.

Three goals conceded in both halves by Germany papered over the fact that they could have suffered an even higher margin of defeat if Spain hadn’t been wasteful in front of the goal with other clear-cut chances.

Speaking on ARD TV, a bewildered Low said that “nothing worked out.” He explained the Germany team lacked “body language and body tension” and failed to gain control of the match or their opponents.

“We wanted to be courageous,” he said. “But nothing worked out. We threw away our concept after the 1-0. We stormed out of position, opened spaces. There was no organisation. There was no communication.

“Every aspect was bad today. There was nothing positive. It was a dark, dark day.”

Germany were without injured Bayern Munich midfielder Joshua Kimmich and RB Leipzig full-back Lukas Klostermann as well as Chelsea‘s Kai Havertz, who tested positive for the coronavirus. They, however, fielded plenty of their other star players.

Following the defeat voices in Germany demanding the return of Bayern stars Jerome Boateng and Thomas Muller plus Dortmund defender Mats Hummels will only grow louder. In March 2019, the trio was told by Low their time with the national team had ended.

And when confronted with the question of a possible comeback, Low wriggled for an answer and said the players he has selected deserved his trust.

The victory ended a three-match winless streak for Spain, which hasn’t gone four games without a win since the late 1980s. Last year, Spain failed to advance to the Final Four after conceding late in a match against Croatia.

Midfielder Serge Gnabry, who struck the crossbar late on, said: “Nothing worked for us tonight. We couldn’t control them, they deserved to beat us as they did.

“Spain did everything well and we did nothing right. We don’t know what level we’re at right now. It’s not normal to lose a match by so many goals.”