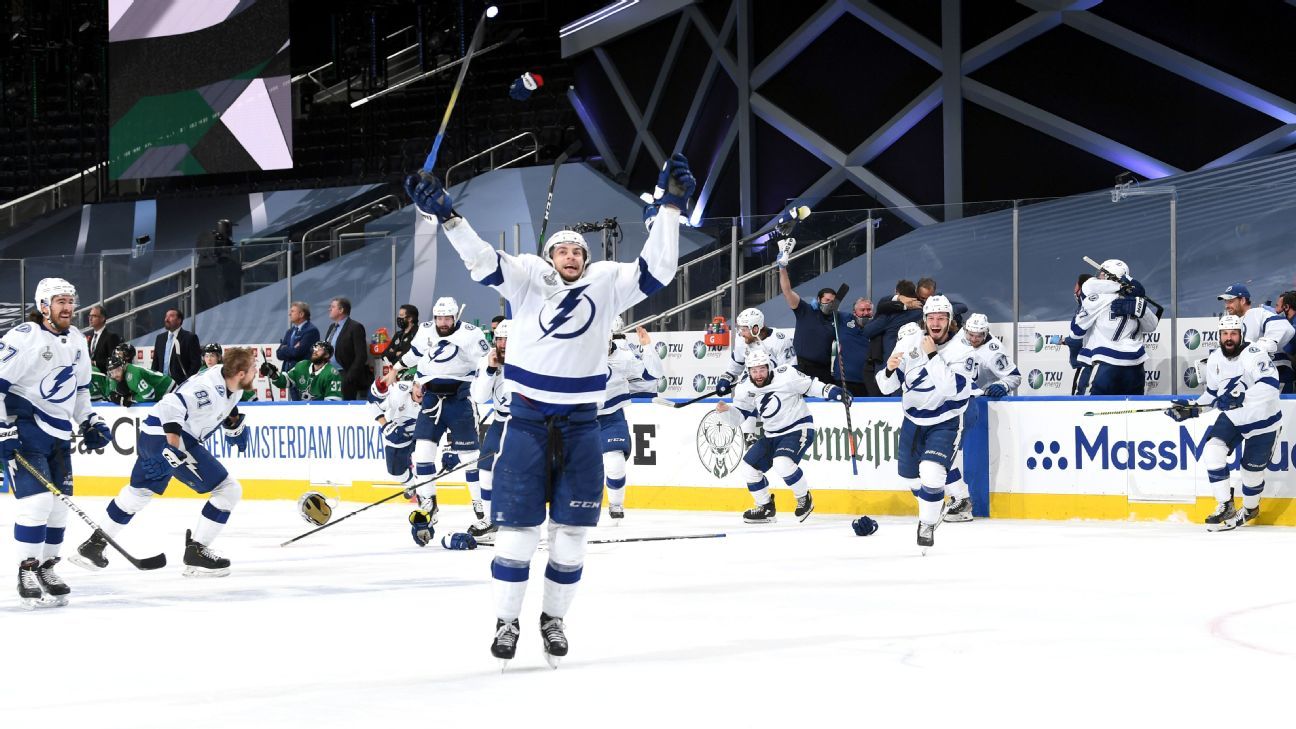 It was the most abnormal postseason in NHL history, with 24 teams competing in two Canadian bubble arenas in front of empty seats. Yet its finale was inherently predictable: The Tampa Bay Lightning, among the wagering favorites before the tournament, raising the Stanley Cup in victory.

But never tell Julien BriseBois the odds. Despite the fact that the Lightning general manager had constructed what many felt was the deepest and most talented roster in the NHL, he said probability does not promise anything.

To streamline the process, we present the Stanley Cup contender tiers, a sort of progress report on 2020-21 championship contenders. These tiers don’t account for injuries, trades, hirings, firings or Alexis Lafreniere winning the Hart Trophy as a rookie. They’re a snapshot of the starting gate.

Here are the current groupings in the 2020-21 championship tiers:

Two of the three teams in this tier were also here when we did this exercise just over a year ago: The Lightning, winners of the 2019-20 Stanley Cup, and the Golden Knights, who lost in the Western Conference finals last season.

Can the Lightning repeat as champions? Of course. They have Brayden Point, coming off a star-making playoff run, Nikita Kucherov and an on-the-mend Steven Stamkos up front; defensive pillars in Victor Hedman, the best at his position in the world, and Ryan McDonagh; and goalie Andrei Vasilevskiy, who has been a Vezina Trophy finalist in three straight seasons. They have role players who make a difference in Yanni Gourde, Ondrej Palat, Alex Killorn, Blake Coleman and Barclay Goodrow. They have a tremendous coach in Jon Cooper and a heck of an architect in BriseBois.

They also have a salary-cap crunch, with three players — center Anthony Cirelli, defensemen Mikhail Sergachev and Erik Cernak — needing restricted free-agent contracts. They tried to trade center Tyler Johnson‘s money off the cap to no avail. Sacrifices will have to be made, so stay tuned there.

But the Lightning remain the class of the NHL because they’ve finally learned how to play like it. That first-round loss to Columbus in 2019 had a transformative effect on the group, teaching them that they had to be able to win playoff games in a variety of ways and giving them a lesson in humility that a Stanley Cup championship just reinforces rather than supersedes.

What does Alex Pietrangelo do for the Golden Knights? He gives them the franchise-level defenseman they’ve coveted since entering the league. It allows Shea Theodore, who was on the cusp of that status, to anchor a second unit and make an already dominant 5-on-5 team even better. The Knights are stacked with talent up front; and their inability to trade Marc-Andre Fleury, while having a deleterious impact on their salary cap, gives them a gold-standard duo in Fleury and Robin Lehner in a season whose compressed schedule will demand tandem play.

The only points of concern are at center, where the trade of Paul Stastny leaves a thin group thinner; and whether this shift in personnel and philosophy we’ve seen in the past year messes with the chemistry of a historically tight locker room.

Joining the top tier are the Avalanche, who on paper are better than the Knights but not quite at the level of the Lightning. They were 16th in expected goals per 60 minutes at 5-on-5, which was a symptom of the preposterously bad injury luck they had in the regular season, which carried over to the postseason. As a fully armed and operational Stanley Cup contender … oh my. Nathan MacKinnon, perhaps the best hockey player in the world at the moment, anchors a forward group littered with offensive stars (Mikko Rantanen) and tremendous depth. The defense was transformed by the arrival of Rookie of the Year Cale Makar and has only gotten better with the acquisition of Devon Toews from the Islanders. Your mileage on the Avalanche may vary depending on how you feel about their goaltending, but they were fifth in expected goals against per 60 minutes last season (2.17).

These three teams are a cut above, but there are a bunch of teams knocking at the door to the penthouse.