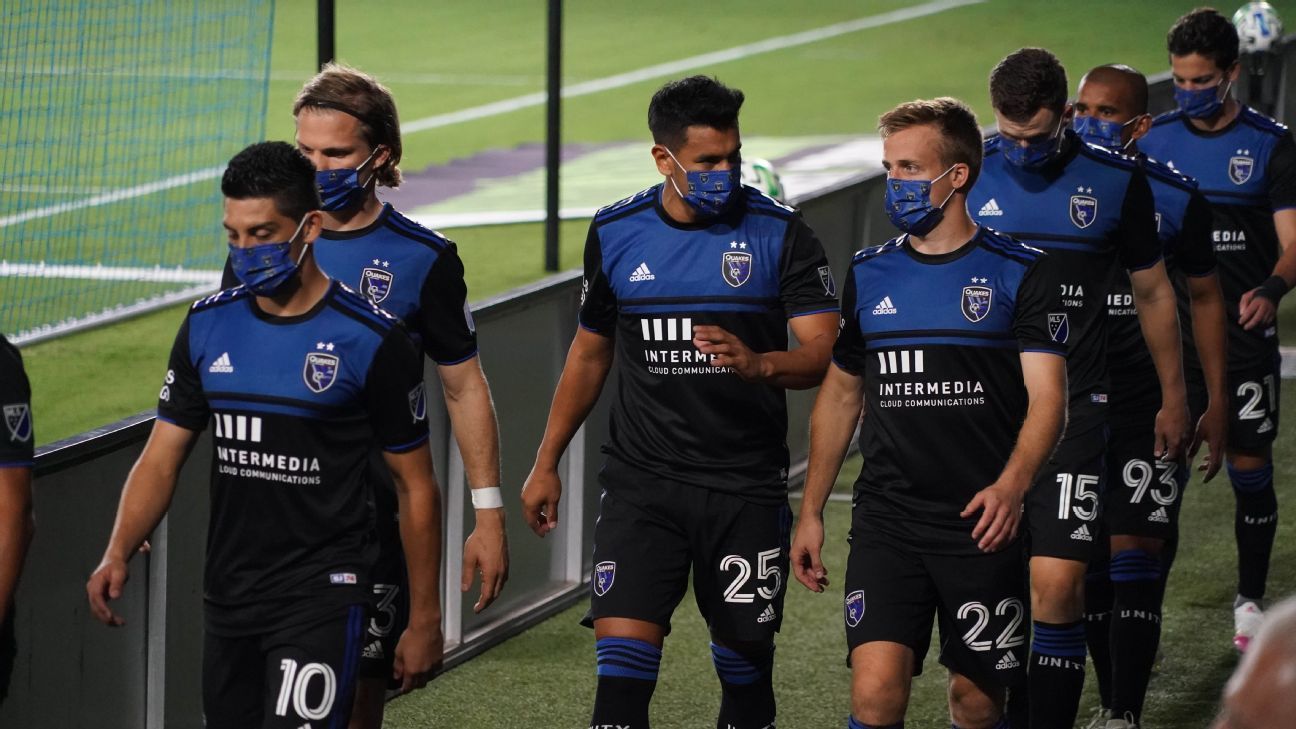 Every day at 6 a.m., Minnesota United manager Adrian Heath wakes up, and the first thing he does is look at his phone. Did the latest COVID-19 tests for players and staff come in? Did anyone test positive? With four positive tests in his team since the start of October, his tension is palpable.

“You’ve got the anxiety before the day’s even started,” Heath told ESPN. “And if I get a call, it’s like, ‘Oh my god,’ and your stomach sinks again.

“Every other day we get tested, and you keep your fingers crossed, and go, ‘Can we go another week? Can we survive another week without somebody else going down?’ And then the sort of, ‘Have we got them isolated quick enough?’ So it’s very stressful for everybody concerned.”

With the MLS Cup playoffs set to begin on Friday, the apprehension isn’t going to ease for Heath — whose Loons host the Colorado Rapids on Sunday (7:30 p.m. ET, stream live on ESPN) — and the 17 other managers of playoff teams. The same is true at MLS headquarters, where the question is: Can the league get through the postseason without a team having to forfeit a match due to a COVID-19 outbreak? Such a scenario would place a giant asterisk on a season full of them.

Outwardly, the league is projecting a confident front, and there are legitimate reasons for optimism.

In many respects, MLS has done well to make it this far. It has touted the fact that it managed to get in more than 97% of its scheduled games. But the numbers can also tell a different story.

That 97% is derived from the fact that MLS reduced its regular-season schedule from 34 games to 23 for each team, and still didn’t get all of its games in. Since Sept. 25, there were 130 matches scheduled and 12 matches were either canceled or postponed, which amounts to one out of every 12. While the regular season allowed for some wiggle room to reschedule matches, there is precious little slack built into the postseason schedule: 17 games are set to take place in the next 22 days.

MLS has yet to release its protocols for the postseason, but it’s likely they will contain specifications in which a team with multiple positive tests for COVID-19 will have to be removed from the playoffs. The league declined to comment for this article.

“Not sure there are any realistic opportunities to make games up once the postseason starts,” said one MLS GM who asked not to be identified because the protocols haven’t been finalized.

Most sobering of all is the state of the COVID-19 pandemic in the United States. According to the New York Times, the seven-day moving average of new cases reached more than 145,000 on Nov. 14, the highest it has ever been in the U.S. MLS hasn’t been immune. According to the league’s press releases regarding its COVID-19 testing, from Aug. 27 to now, 42 players and 19 staff from its 26 clubs have tested positive.

“There’s simply no way, short of testing people every 12 hours, to completely protect a team,” said Dr. Josh Schiffer, who is an associate professor in the Vaccine and Infectious Disease Division at the Fred Hutch Cancer Research Center in Seattle, and whose duties include treating COVID-19 patients. “No matter what the strategy is, I think there is some risk of a team [having to withdraw from] the playoffs.

“The likelihood that that will happen is directly proportional to the number of cases circulating in the population. And right now, we’re in a terrible place really, almost across the board. Some states are worse than others. Particularly relevant to MLS, Minnesota and Colorado are getting hit very hard. Really across the country, the cases are growing exponentially. So the likelihood that a player will get infected in the community is much higher than it was a month ago. There’s a little bit of good luck or bad luck that could be involved here, but just the probability that things could go wrong is higher than it was a month ago, and could go higher still.”

Given the risks involved, one lingering question is why MLS didn’t make plans to return to a bubble format, which worked so well at the MLS is Back Tournament in Orlando back in July.

“All of these strategies have some chance of failure,” Schiffer said. “I think the bubble has the smallest risk of failure, and by failure, I mean a team having to drop out [of the playoffs]. It’s just really worth considering. The second you have young guys who are free to go out in the community, all bets are off.”

Last month, MLS deputy commissioner Mark Abbott indicated that the league wasn’t considering a bubble. A source with knowledge of the situation said that the league’s thinking hasn’t changed, citing the requirement of a quarantine period to set up the bubble as well as the cost involved, even for a modified bubble like the one Major League Baseball used in its playoffs. Another reason cited by the source was the fact that “there wasn’t a lot of appetite” to return to the bubble given how much time players have had to spend apart from loved ones.

That thinking was echoed by Heath, even with the recent positive tests within his own team. When asked if the Loons might institute their own bubble in a bid to stay free of COVID-19, Heath said that they wouldn’t.

“The bubble works,” he said. “I just think, on the back of [six months] of testing and everything, it would be an awful lot for us to go, ‘Right, let’s go again for a little bit,’ for another two, three, four weeks, whatever it would be. I think we all hope that the players are responsible enough to adhere to all the rules.”

With the end of the season in sight, there has been renewed emphasis on adhering to the protocols. No one wants to be the person who ends up ruining the season for their club. One player from a playoff team said they recently had an organization-wide Zoom call to drive home that point.

Heath is even more blunt. He’s doubling down on his message to his players that they follow the protocols even as they go about their daily lives.

“Once they’re away from you, you’re in the lap of the gods to see if you can get through again,” he said in reference to his players. “So there’s not a day that goes by that someone doesn’t make mention about, ‘We’ve been [battling COVID-19] since like, February. We’re in the final bend. Let’s not f— it up by not being as professional and as diligent as we have been.'”